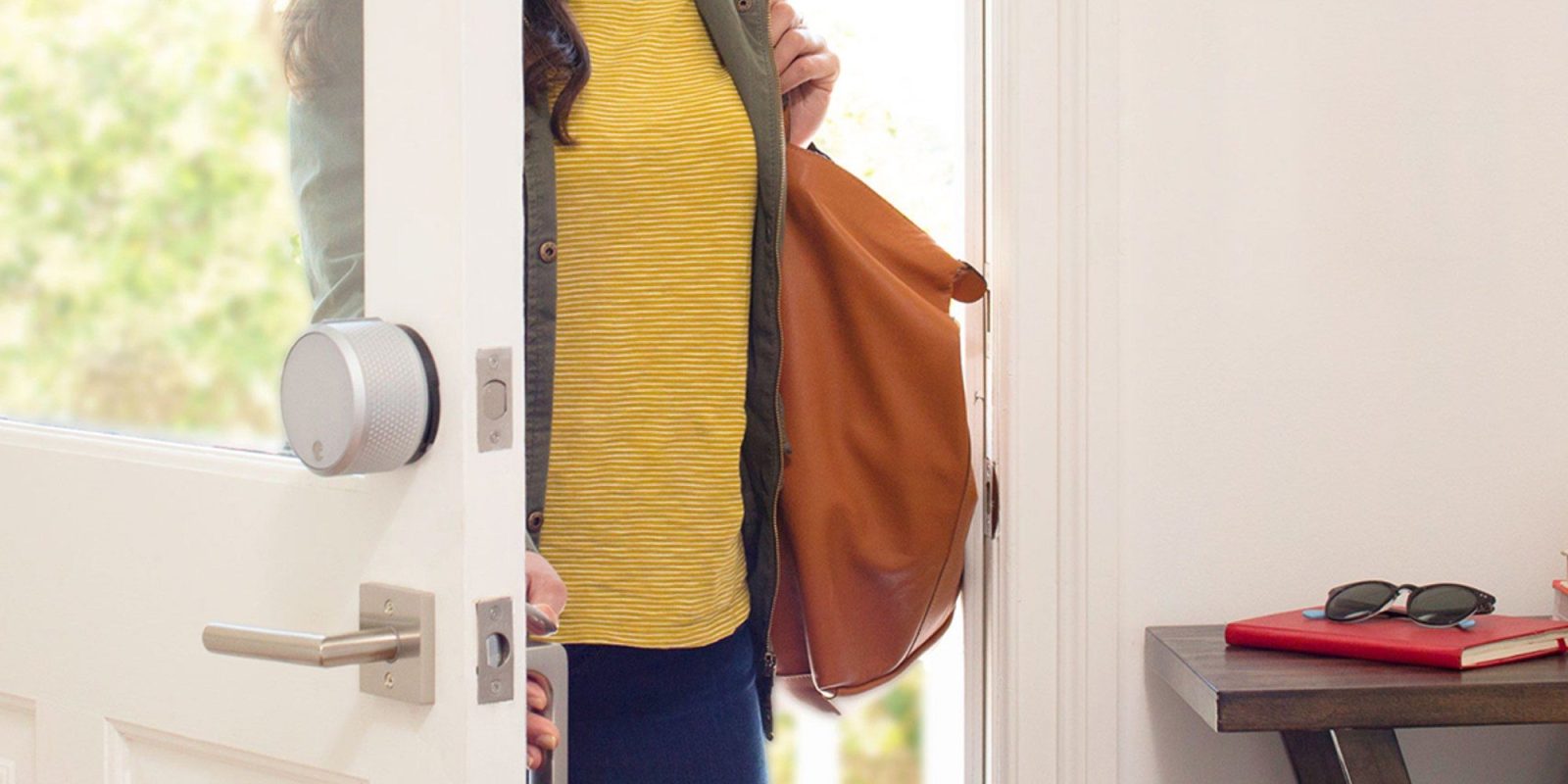 As someone who loves technology, it’s easy to get excited about new things. I love to tinker with the latest gadgets, but I know for those who aren’t into this stuff, that seems like a nightmare. My wife couldn’t care less about technology. As long as it makes her life easier, she’s content. She wants it to work. Right after Christmas, I purchased the August Smart Lock Pro (at a huge discount thanks to the 9to5Toys iPhone app). After a week of having it, my wife’s comment to me was “it’s a game-changer.”

I’ve heard about smart locks for years, but for some reason, I thought the installation required you to change out the door handle. Once I started looking a little closer at it, I realized that I only had to replace the interior part of the deadbolt. I told my wife we’d purchase an August Smart Lock Pro the next time it went on sale. A few days later, it did, so I immediately purchased it off Amazon. One of the key things that pushed me towards the Pro model was HomeKit support. My general rule of thumb at this point for smart home products is that it has to work with HomeKit for me to consider it. While a new model is coming out later this year, I didn’t want to wait for it to be released.

I am not a super handy person, so I was concerned I would damage my lock in the process. Much to my surprise, the installation of the August Smart Lock Pro was one of the most straightforward smart home products I’ve ever installed.

August has done an excellent job of building a short video for every step of the way. The first step is to use painters tape to secure the outside deadbolt from falling out. Second, you remove the interior part of your deadbolt. It then walks you through using the supplied adaptors to connect the August Lock to your deadbolt. All in all, the hardware installation took ten minutes.

Once the hardware was configured, I went to work setting up the software side. The software configuration is another place where August has done a great job of making it easy. It walked me through the calibration process, sharing it with my wife over the August app, and then adding it to HomeKit as well.

The total time from unboxing to when it was up and running was around twenty minutes. For someone that hates home projects with a passion, it was painless. If you’ve held off on a smart lock due to the perceived complexity, you’ll be safe choosing an August Smart Lock Pro.

Day to day use of August Smart Lock Pro 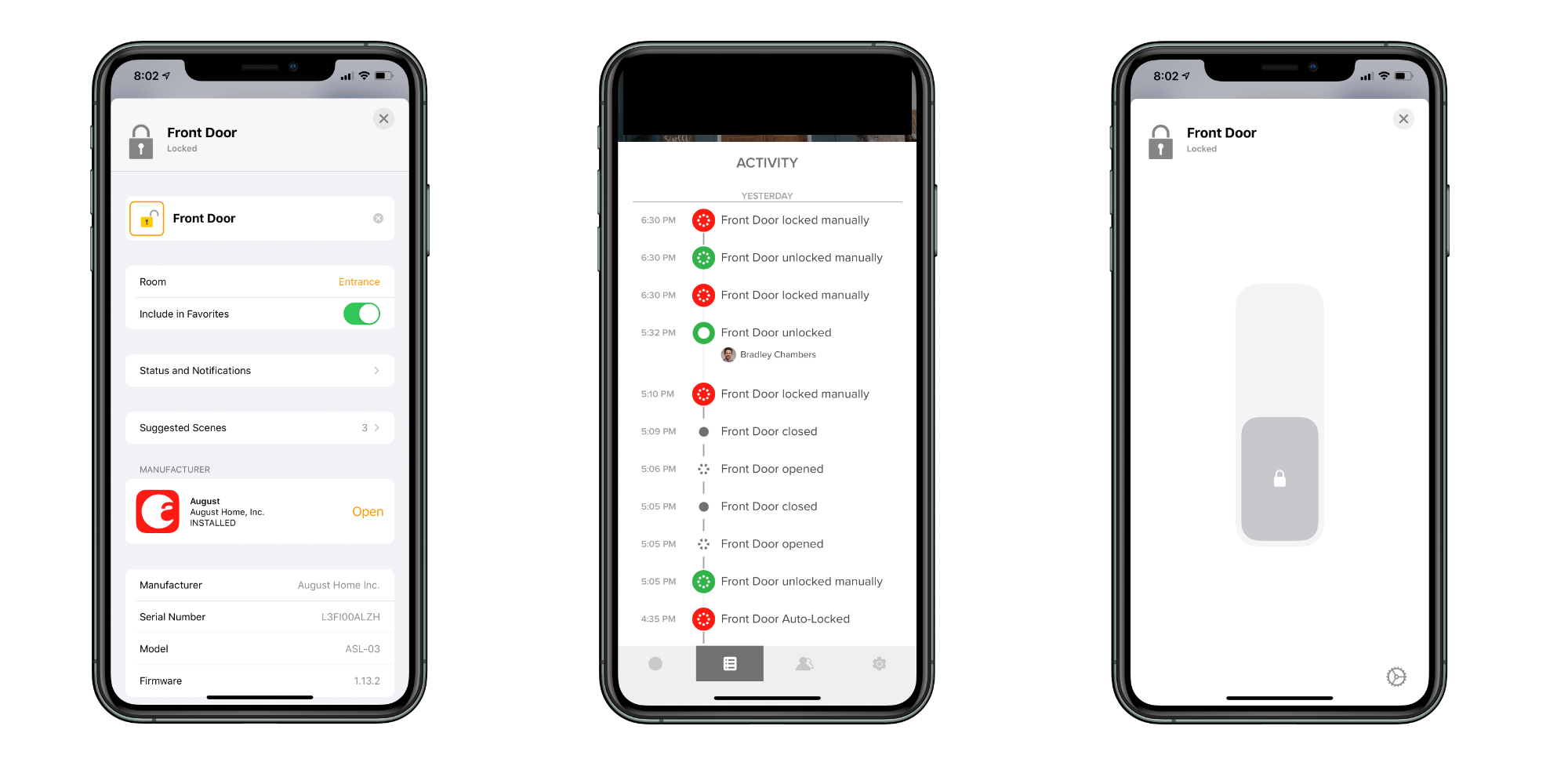 My home includes a two-car garage that we used quite often before getting the lock. On a given day, it might have gone up five or so times. Now, it’s only used first thing in the morning, and we park in the driveway until we’re home for the night. We’re putting less wear and tear on our garage door thanks to August Smart Lock Pro.

Thanks to its HomeKit support, I can always check in with Siri to make sure my door is locked. I can also set it to run with my other automations as well. Right now, I have it to set auto-lock via HomeKit automation when our “Night” mode goes on. In the event the door was still unlocked, I would know that HomeKit is locking it.

Overall, I love this product. I can’t believe I didn’t buy it as soon as it came out. While I have no use for it, I am considering putting it on all the exterior doors of the house. Most likely, I’ll wait for the model coming out later this year. When it comes out, I’ll put it on my front door and move my existing one to another entry door.

If you’ve been hesitant to move into the smart door lock world due to fear of installation, look no further than the August Smart Lock Pro.