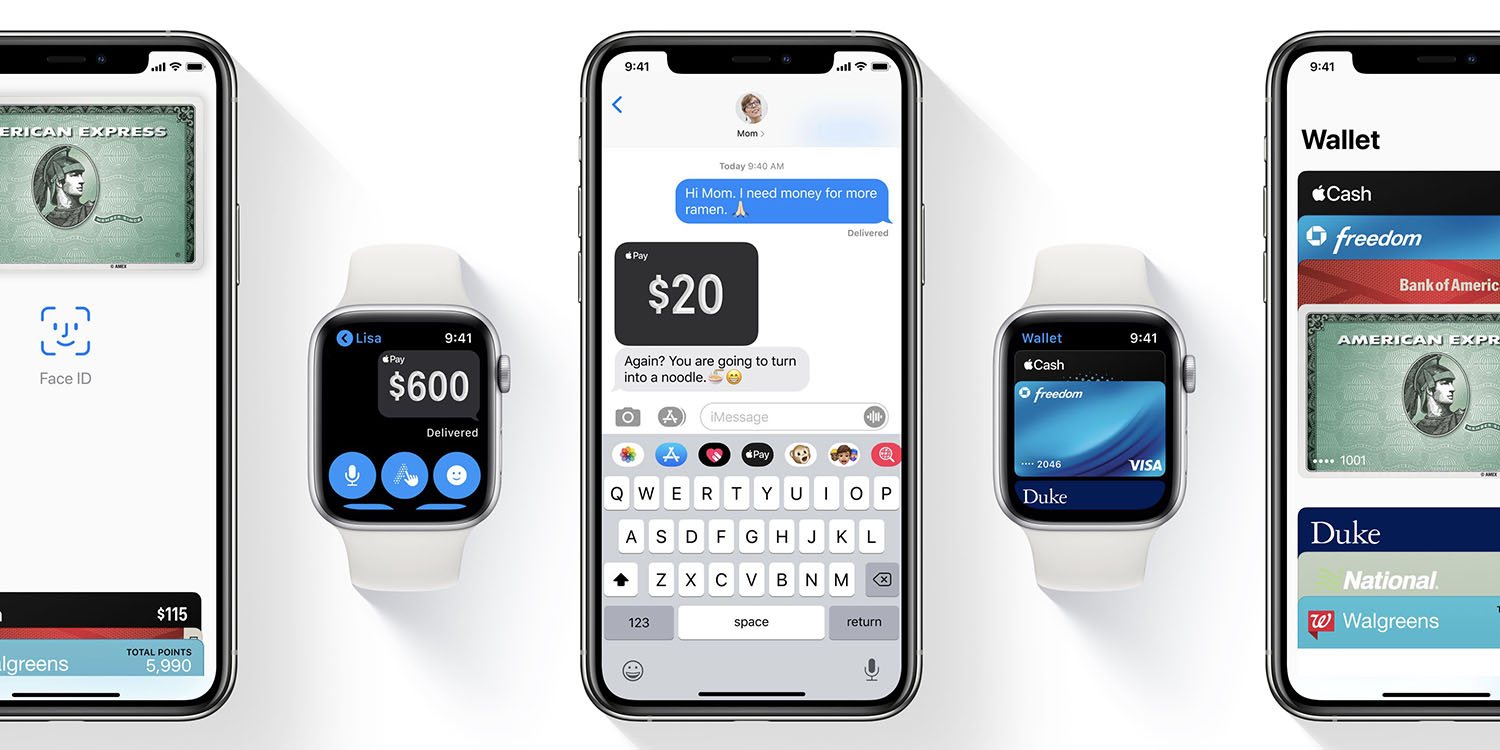 Apple Pay revenue hasn’t gotten much attention so far. The most valuable role Apple Pay plays for the Cupertino company is further lock-in to the ecosystem.

Once you’ve experienced the convenience of Apple Watch payments in particular, and know the security you get from the use of Apple Pay on any device, it’s not something you’ll want to give up. (Sure, there’s Google Pay and Samsung Pay too, but it still adds friction to switching platforms.)

But a news report yesterday prompted me to do some back-of-an-envelope calculations, and I reckon Apple’s mobile wallet service is rapidly headed toward becoming a multi-billion dollar revenue stream…

It was yesterday estimated that Apple Pay now accounts for a staggering 5% of global card transactions, and that the number could hit 10% by 2025.

The Financial Times reported in the run-up to launch that Apple takes a 0.15% cut on all Apple Pay transactions.

[Banks] are also paying hard cash for the privilege of being involved: 15 cents of a $100 purchase will go to the iPhone maker, according to two people familiar with the terms of the agreement, which are not public. That is an unprecedented deal, giving Apple a share of the payments’ economics that rivals such as Google do not get for their services.

Estimating the total value of that cut involves a lot of scribbling on the backs of envelopes. But let’s try for an indicative ballpark, at least.

The 2019 Federal Reserve Payments Study estimates the total value of US card transactions for 2018.

We don’t have comparable Apple Pay usage estimates for other countries, and we’d need to look at total card transactions in each country and … well, that’s a student thesis right there. But employing the best advice I ever read on safely making predictions (‘give them a number or give them a date, never both’), it seems to me we can safely say that Apple Pay revenue is headed toward a multi-billion dollar business.

Not bad for free money.