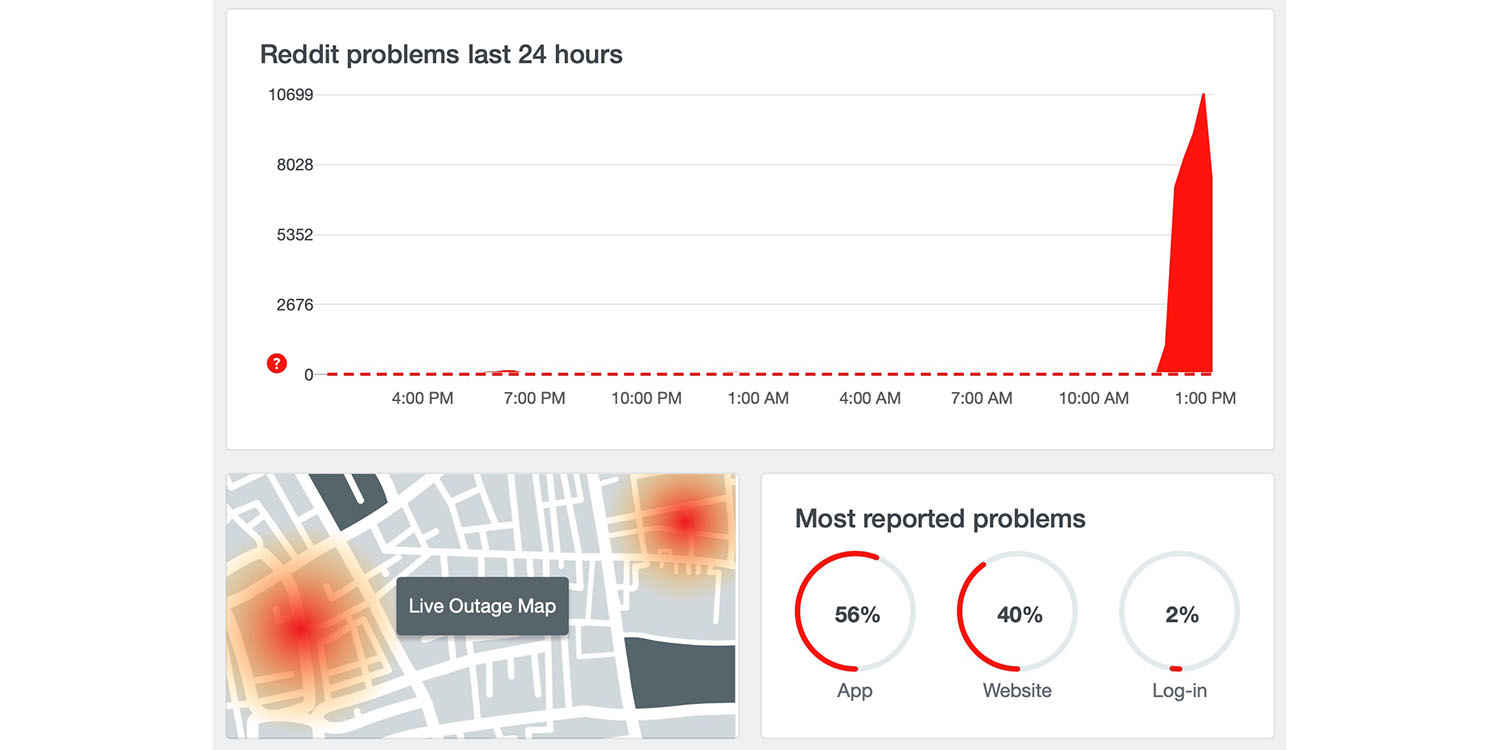 Update: The fix appears to have been successful, with both site and app working again.

If you’re having trouble connecting to Reddit, it’s not just you. The company’s status page acknowledges a major Reddit outage…

Update – We are continuing to investigate this issue.

Identified – The issue has been identified and a fix is being implemented.

Monitoring – A fix has been implemented and we are monitoring the results.

The Down Detector has more than 11,000 reports at the time of writing and shows that both the app and the website are affected.

TNW notes that Europe and US East Coast users make up the majority of the reports.