Verizon transforms Yahoo into a wireless provider with $40 unlimited plan, no data cap 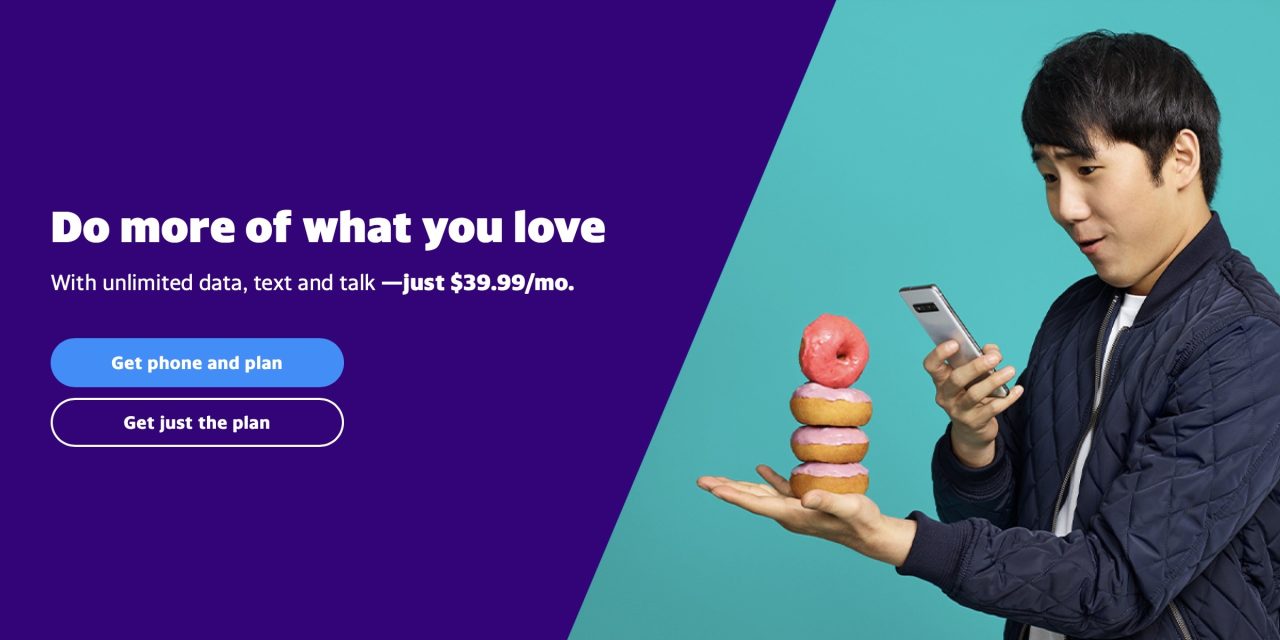 Verizon purchased Yahoo back in 2017 and it’s been working to turn the company around ever since. That plan involves diversifying Yahoo’s business strategy and the latest development of that is Verizon turning Yahoo into a wireless provider under the name “Yahoo Mobile.”

Yahoo Mobile is live now and it works on Verizon’s network. The service is offered with just one unlimited, no-contract plan for $39.99/month (via CNN Business). That includes unlimited talk, text, and data.

One neat aspect, the FAQ page says that customers won’t see throttling based on a data cap:

Do you slow down my connection based on how much data I use?

Never. Yahoo Mobile won’t slow you down based on your data usage. However, when the network gets congested, your data could slow down for a bit. But this is common for any person on any carrier.

But the fine print notes that throttling in busy areas can be set at 5 Mbps.

*In times of traffic, your data may be temporarily slower than other traffic. †Speeds capped at 5 Mbps and limited to one tethered device at a time.

Verizon Media’s CEO, Guru Gowrappan said the move to create Yahoo Mobile made sense as “Yahoo remains a “really trusted brand” and Verizon (VZ) has the “best network in the United States.”

Yahoo Mobile is selling the latest iPhones and Android smartphones as well as allowing customers to sign up and bring their own devices.

As noted by CNN Business, Yahoo still creates notable revenue for Verizon Media through its website and ad platform.

Yahoo garnered around 182 million unique US visitors in February, according to Comscore. That makes it among the most popular websites in the world. The aging brand still has value to Verizon because it’s using Yahoo’s reach to build an ad network to compete against Google. Yahoo’s content properties help the brand differentiate itself from Google.