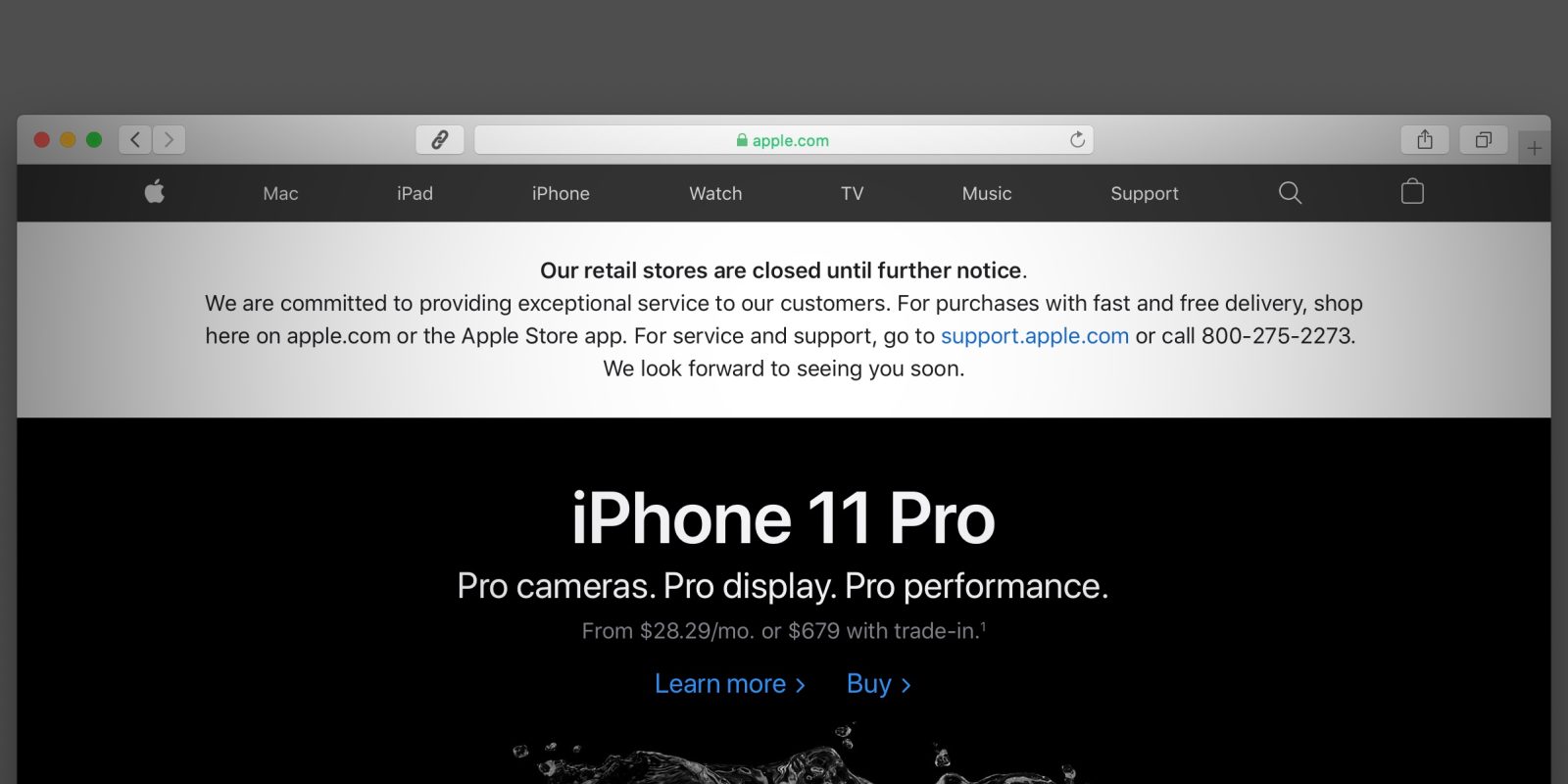 Late on Friday, Apple announced that it would close all Apple Stores outside of Greater China until March 27th. Over the weekend, Apple added a banner to its homepage to inform customers that ‘Our retail stores are closed until March 27’. However, that message has now been changed …

As spotted by 9to5Mac readers, the banner now reads ‘Our retail stores are closed until further notice’. As far as we know, Apple retail has not told stores of a change of plans just yet. The FAQ page for the store closures still says March 27th as well.

However, it seems Apple is bracing for the likely scenario in which it will need to extend the deadline further. The global coronavirus pandemic continues to impact more and more industries, with no clear end date. 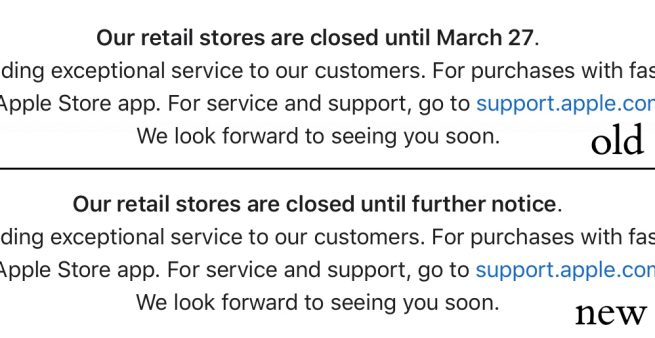 Like all companies, Apple is adapting to the changing situation. Almost all scientific modelling suggests that the virus won’t peak until well beyond the end of March though.

The administration yesterday released guidance suggesting to minimize gatherings of more than ten people, and a store environment is certainly busier than that. Internationally, many countries are on lockdown and it is unlikely that will have ended by the end of the month.

So as it stands right now, officially, Apple is to reopen stores on March 27th. However, it would not surprise anyone if that was delayed further and the website announcement is ready to accommodate any such schedule changes.