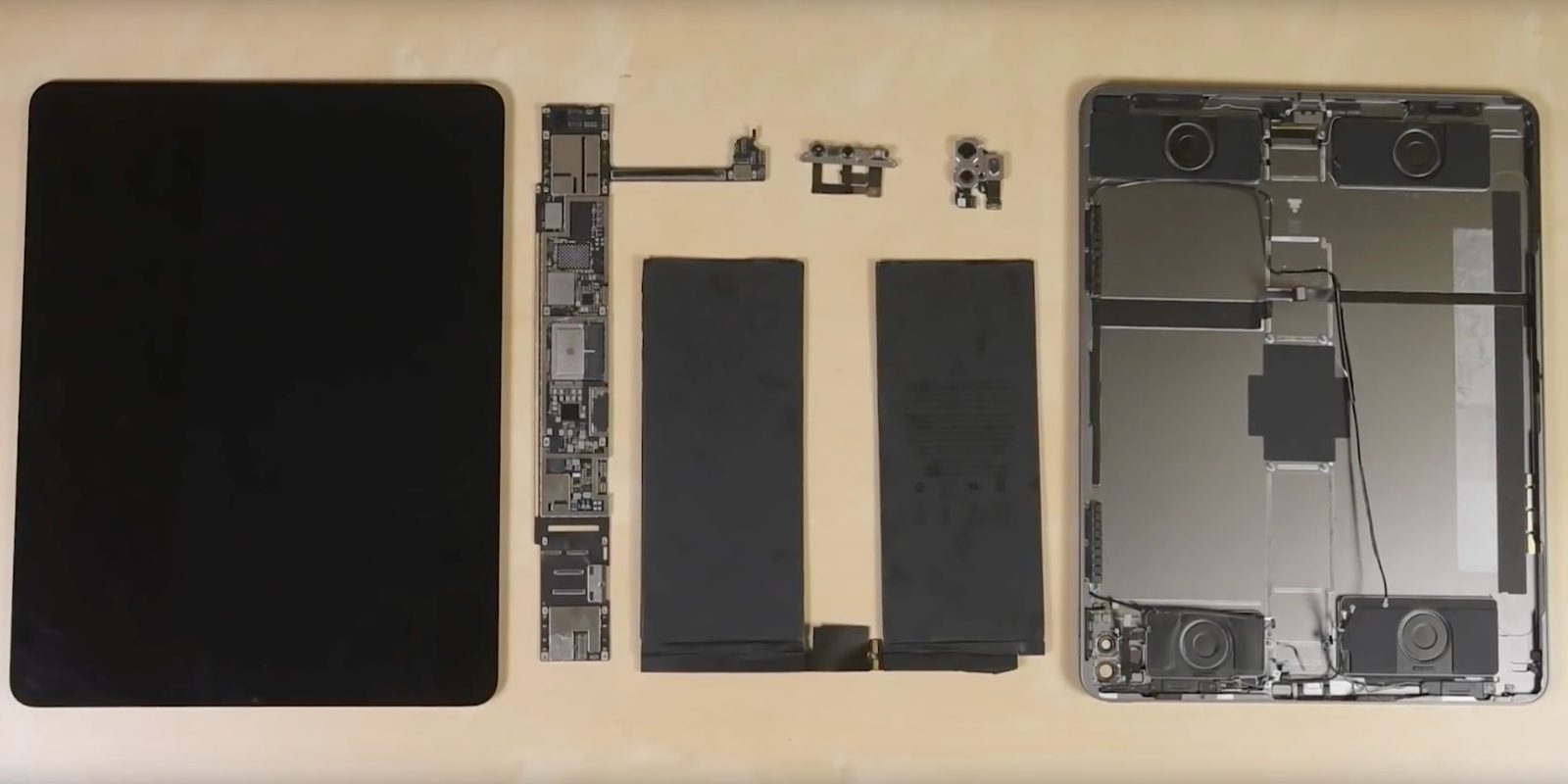 After tearing down the new MacBook Air earlier this week, iFixit is back this weekend with a video teardown of the 2020 iPad Pro. The video offers our first look at just how similar the new iPad Pro is to the 2018 model that it replaces.

The teardown offers a close-up look at the new camera module in the iPad Pro, which features a 12MP wide angle lens alongside a 10MP ultra-wide angle lens. The star of the show is the new LiDAR Scanner, and the iFixit video offers a cool look at the lasers it emits using an infrared camera.

Another interesting tidbit is that the LiDAR Scanner on the iPad Pro doesn’t use as many projections as the True Depth camera used on the iPhone and iPad Pro for Face ID. Speaking of, the front-facing camera array on the 2020 iPad Pro is “identical” to that of the 2018 iPad Pro, iFixit says.

The iFixit teardown also praises the fact that the USB-C port is still modular, making it easier to repair and replace if necessary.

But nearly everything else in the 2020 iPad Pro is fixed in place using glue, making it tricky to access anything else. For instance, to replace the battery, you have to remove the logic board, which is glued in place. The battery is the same as 2018 in terms of size, coming in at 36.59 Wh for the 12.9-inch iPad Pro.

You can checkout the full video from iFixit below and we’ll update when we have more details on the innards of the iPad Pro, including the controversial A12Z Bionic processor.