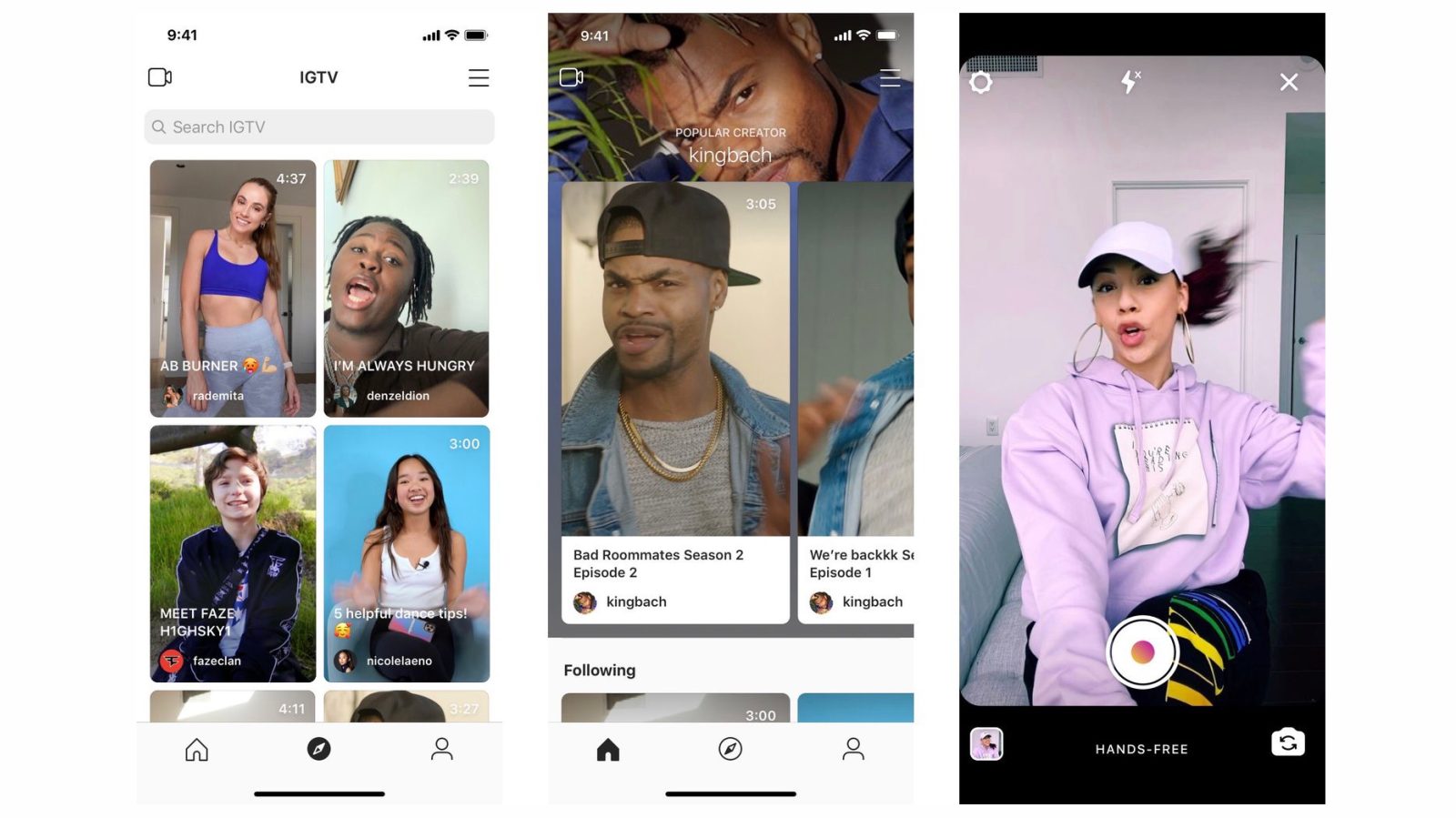 Instagram’s IGTV spin-off hasn’t yet gained widespread adoption, especially through the standalone IGTV app itself. In an effort to change that, Instagram is rolling out a redesigned interface for IGTV with a new focus on promoting creators who are making long-form content.

Instagram told The Verge that it has completely redesigned the homepage in the IGTV app to help promote individual creators. When a user first opens the IGTV app, they’ll now see a “popular creator” at the top, tailored to each user “based on who they follow and whose content the app thinks might be interesting to them.”

The IGTV app is also adding a new Discover tab along the bottom:

The Discover tab might be the biggest update, given that the app currently only displays videos from people who users already follow as well as “popular” videos. The app is bare and requires people to tap into content to start watching. A discover tab could get them to content faster and encourage them to actually use the app.

And finally, Instagram is making a major change to how IGTV videos are promoted in the main Instagram app. Instead of just posing a freeze-frame of a video from IGTV to their Instagram Story, users can now post a 15-second preview to their story. The goal here is to encourage additional users to click through and watch the full video.

In the past, Instagram has pushed IGTV adoption primarily through the Instagram app, but today’s updates suggest a partially renewed focus on the IGTV app itself.

You can download the IGTV app on the App Store. What do you think of Instagram’s continued push of the standalone IGTV app? Let us know down in the comments.