Remember this Apple Car? Porsche’s early race replica up for sale at $500K 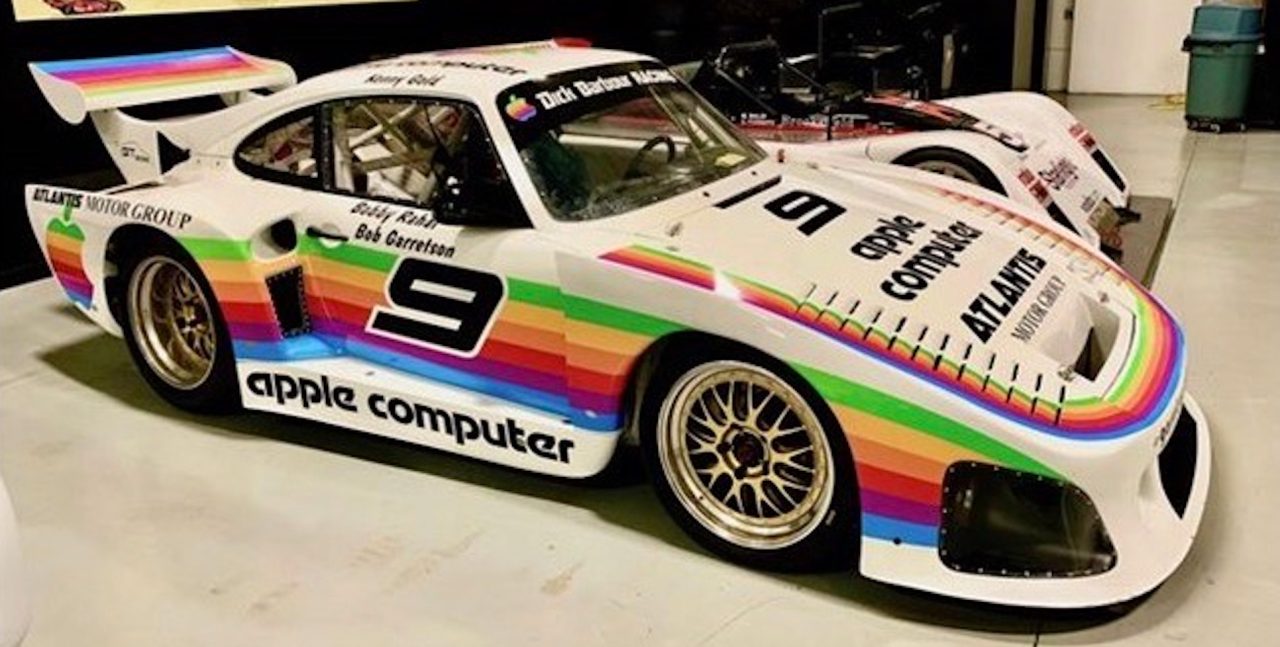 About forty years ago, Apple sponsored a Porsche race car. It didn’t stick around long but was a neat moment in the company’s history and was a smart business move to associate with the luxury German automaker. Now a replica of the Apple-sponsored 1979 Porsche 935 K3 Turbo is up for grabs at a cool half-million-dollar asking price.

The original Apple-sponsored Porsche 935 sported the “Apple Computer” logo as well as the six color branding. It only lasted for three races including an attempt in the famous 24 hour Le Mans but bowed out after 13 hours (via Apple Insider).

The original was operated by Dick Barbour Racing, a team that had Apple as its main sponsor for its 1980 season, due to an interest by Jobs and Wozniak in the team, according to a profile of the vehicle by The Drive. The roster included Bob Garretson, Bobby Rahal, and Allan Moffat on the team, with the car itself bearing not only the Apple Computer name, but also its rainbow colors.

The model that’s up for sale isn’t the original, that’s owned by Adam Corolla and is estimated to be worth $8-$10 million. The replica that is up for sale is the next closest thing and comes at a fraction of the cost with an asking price of $500,000.

Interestingly, Porsche just announced a new line of CarPlay receives for its vintage vehicles dating back to the 1960s. However, with this replica being a true race car, it may be likely there’s no spot for a receiver.

Porsche and Apple have continued to collaborate over the years with features like CarPlay and even Apple Music integration in the new Porsche Taycan. And it wouldn’t be surprising to see Porsche adopt Apple’s upcoming CarKey feature.

Check out the original Apple-sponsored Porsche 935 Turbo on the racetrack below:

Here’s the full description of the replica for sale: