iPhone owners most satisfied, ahead of Samsung, but one Samsung phone on top 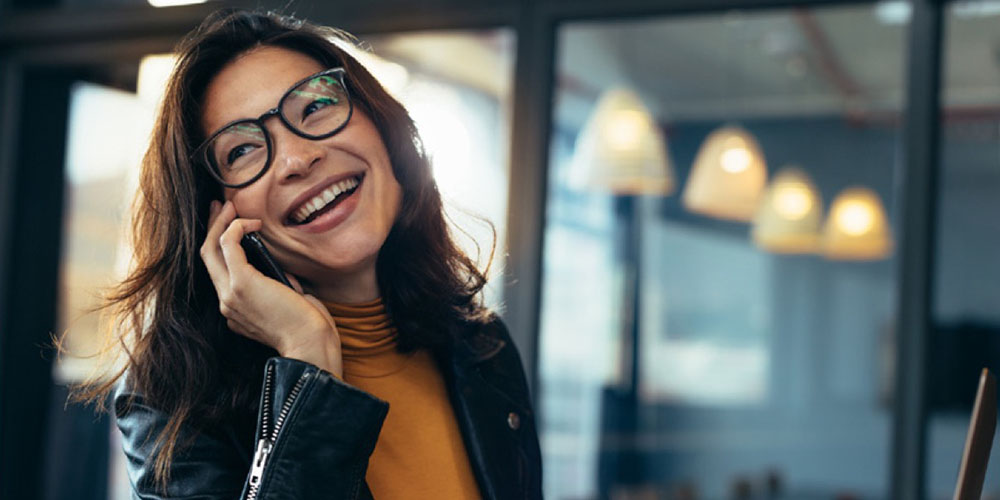 Apple has beaten Samsung in the latest American Customer Satisfaction Index, which shows iPhone owners most satisfied with their devices. Average satisfaction rates for iPhones was 82%, a higher rating than any other smartphone brand.

When it comes too individual models, however, there was one Samsung model that topped the rankings …

Last year’s smartphone brand satisfaction index has Apple and Samsung tied, at 81% each. This year, Apple has edged ahead with a one-point gain to 82%, while Samsung’s rating was unchanged.

For customer satisfaction, Apple (+1% to 82) and Samsung (unchanged at 81) continue to wrangle as a small gain puts Apple on top. Apple’s overall iPhone revenue rose 8% year over year in the 2019 holiday quarter with strong sales for its iPhone 11 series, which offers advanced cameras and improved battery life. ACSI data show that Apple customers overall are more pleased with their device’s battery life compared to a year ago.

While the survey found iPhone owners most satisfied overall, it was a Samsung model that topped the model rankings. Apple’s iPhone XS Max took equal second place with two Samsung models, but the top place was won by the Samsung Galaxy Note 9 with a satisfaction rating of 85%.

Interestingly, Apple’s current flagships get lower scores, though this may reflect higher expectations for the latest and greatest models as the same was true for Samsung. 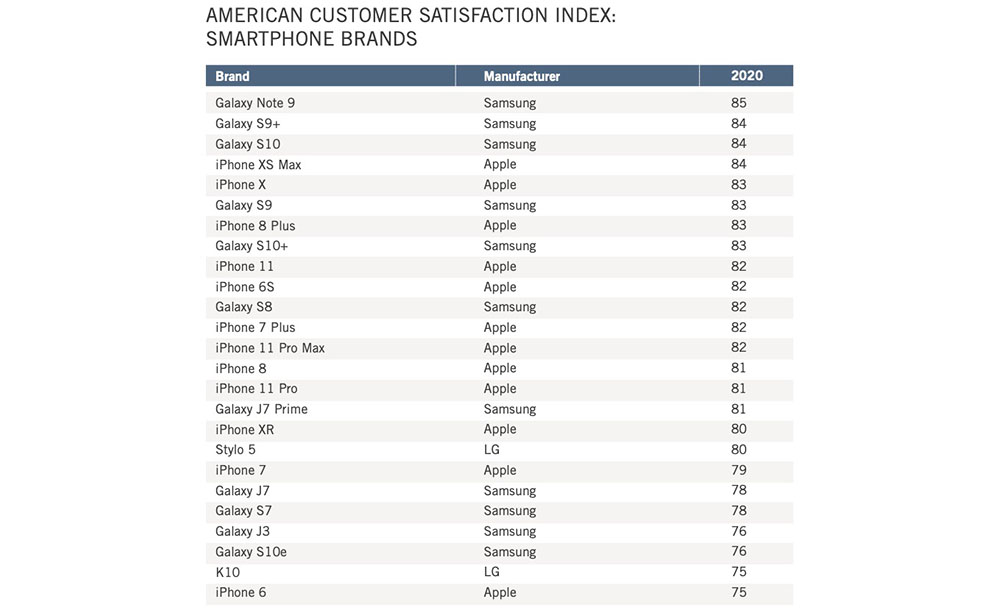 Among smartphone brands, the tale of two manufacturers continues as 17 of 18 models that earn scores of 80 or above belong to Samsung or Apple. The number-one phone is Samsung’s Galaxy Note 9 with an ACSI score of 85. The Note 9 rates best in class for both phone features and video quality. The Galaxy S9+ and S10 follow at 84, tied with Apple’s iPhone XS Max. All of these models are older, released in 2018, with the exception of the S10. All four also have screen sizes of 6.1 inches or more.

Among carriers, T-Mobile had the highest satisfaction rating at 76%, ahead of Verizon, AT&T, and US Cellular. Sprint was in last place at 66%.