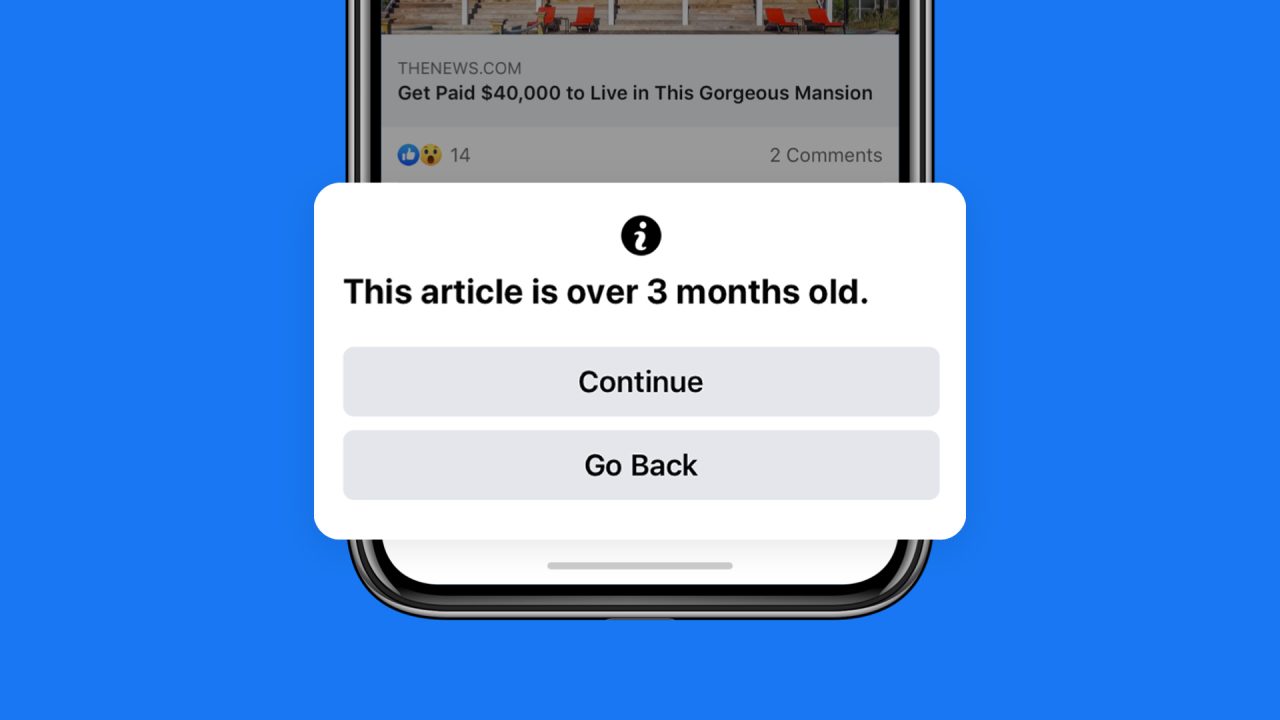 Facebook continues to implement measures to prevent fake news and misinformation on the web. The company is now testing a new method to ensure that users will not share old articles that are no longer valid or contain outdated information.

Currently Facebook already provides a context button for each link shared on the social network, which reveals information about the source of that content. The new strategy is more aggressive as it alerts users whenever they try to share an article that was first published over 3 months ago.

According to John Hegeman, VP of Feed and Stories, the company has noticed that some people are sharing old stories as if they were new, causing misunderstandings to the facts.

Over the past several months, our internal research found that the timeliness of an article is an important piece of context that helps people decide what to read, trust and share. News publishers in particular have expressed concerns about older stories being shared on social media as current news, which can misconstrue the state of current events. Some news publishers have already taken steps to address this on their own websites by prominently labeling older articles to prevent outdated news from being used in misleading ways.

As pointed by Gizmodo, Twitter is trying a similar approach by asking users if they have read an article before they retweet it.

The new alert on Facebook is being rolled out to a small group of users and is expected to be available to all users in the coming weeks. The company also said it’s implementing more ways to prevent the spread of fake news about COVID-19.