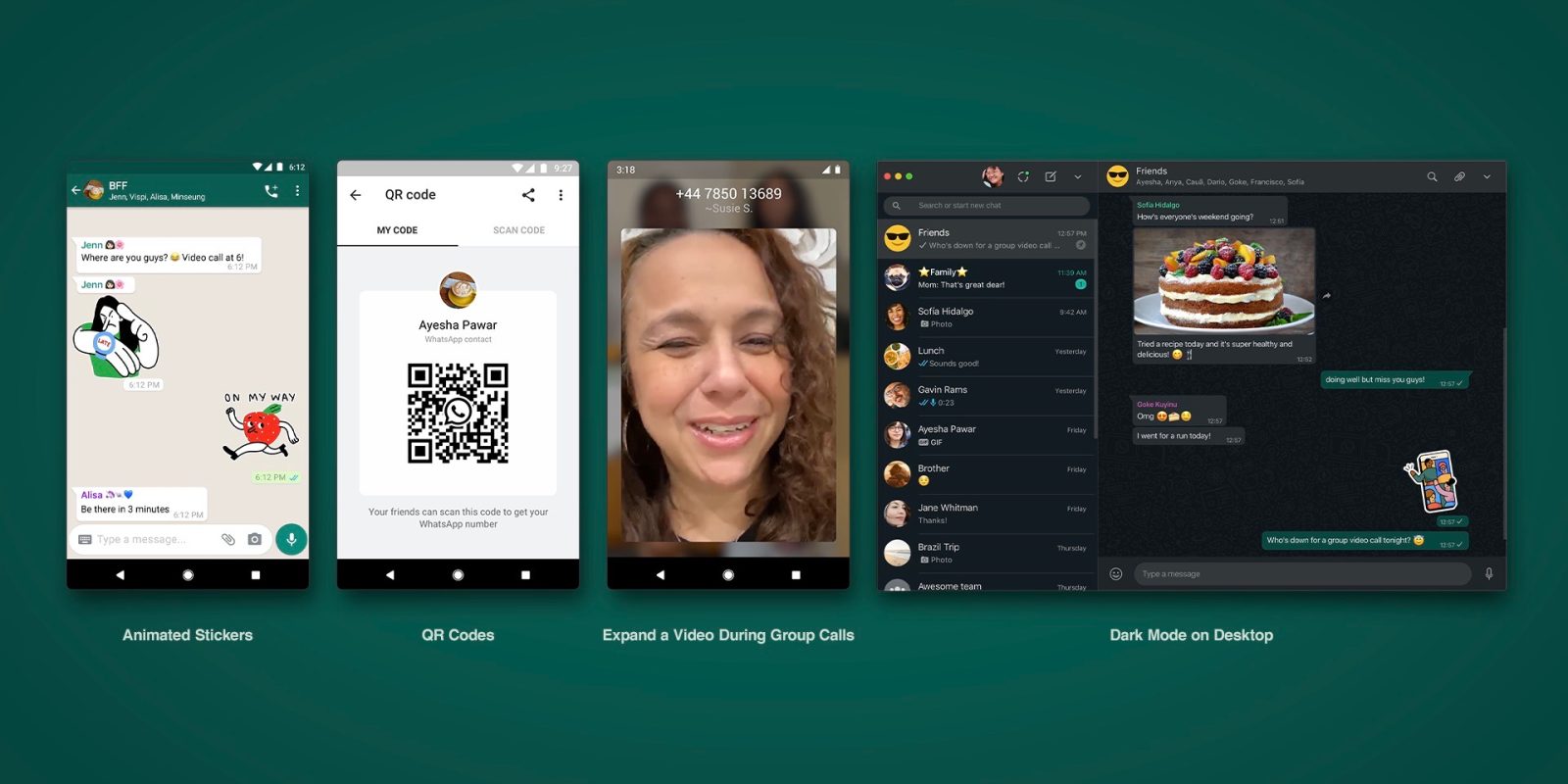 WhatsApp has officially announced the latest features coming to the platform today including animated stickers, dark mode for Mac and the web, QR codes to quickly share contact info, video improvements, and more.

Some of the new features like animated stickers appeared previously in a WhatsApp beta before being pulled. Now they’ve been officially announced. The Facebook-owned WhatsApp shared all the details in a blog post today including that it has more than 2 billion users:

While our focus remains on providing a simple, reliable and private way for people to chat with friends and family – we also continue to push forward our product design to make sure WhatsApp remains the most useful way for anyone, anywhere to connect.

There are five major new features/improvements will arrive soon:

Today, we are excited to confirm some new features that are rolling out over the next few weeks:

Look out for the new changes on iPhone, Mac, Android, the web, and more over the coming weeks.