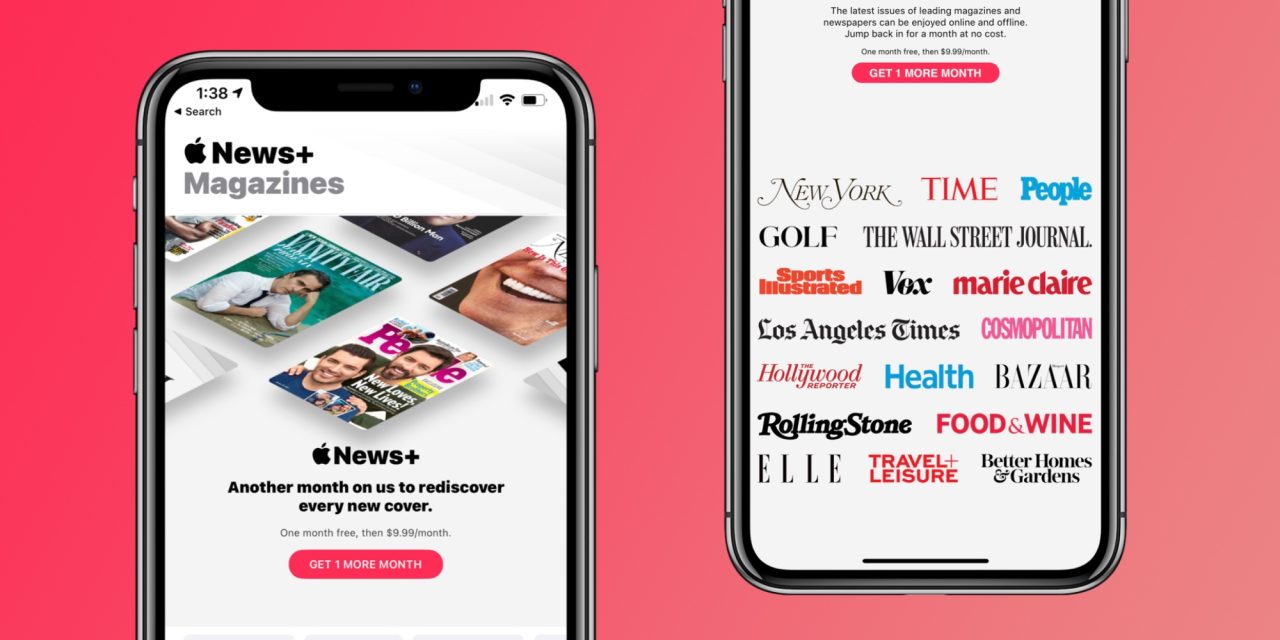 If you haven’t tried Apple News+, the standard welcome at the top of the News+ tab in the Apple News app encourages you to try it for free for one month before paying the $10/month regular price.

Now, Apple is offering a second free month to those who have given it a try but canceled the subscription.

As shown in the images above, Apple is using the “Get 1 More Month” offer to entice previous subscribers to give the service another shot.

The promotion comes as Apple News+ Audio is set to launch with iOS 13.6 in the near future.

At the end of last year, Apple News+ ran a free three-month trial during the holidays to boost its users. That came just a couple of weeks after a report claimed the service was having trouble getting new customers.

Notably, just last month, The New York Times left Apple News — the free version of Apple’s news platform — which was a little over a year after it and the Washington Post said no to joining the paid Apple News+ service.

Does another free month interest you at all in trying Apple News+ again? Or did you not find it worth the $10/month? Share your thoughts in the comments below!