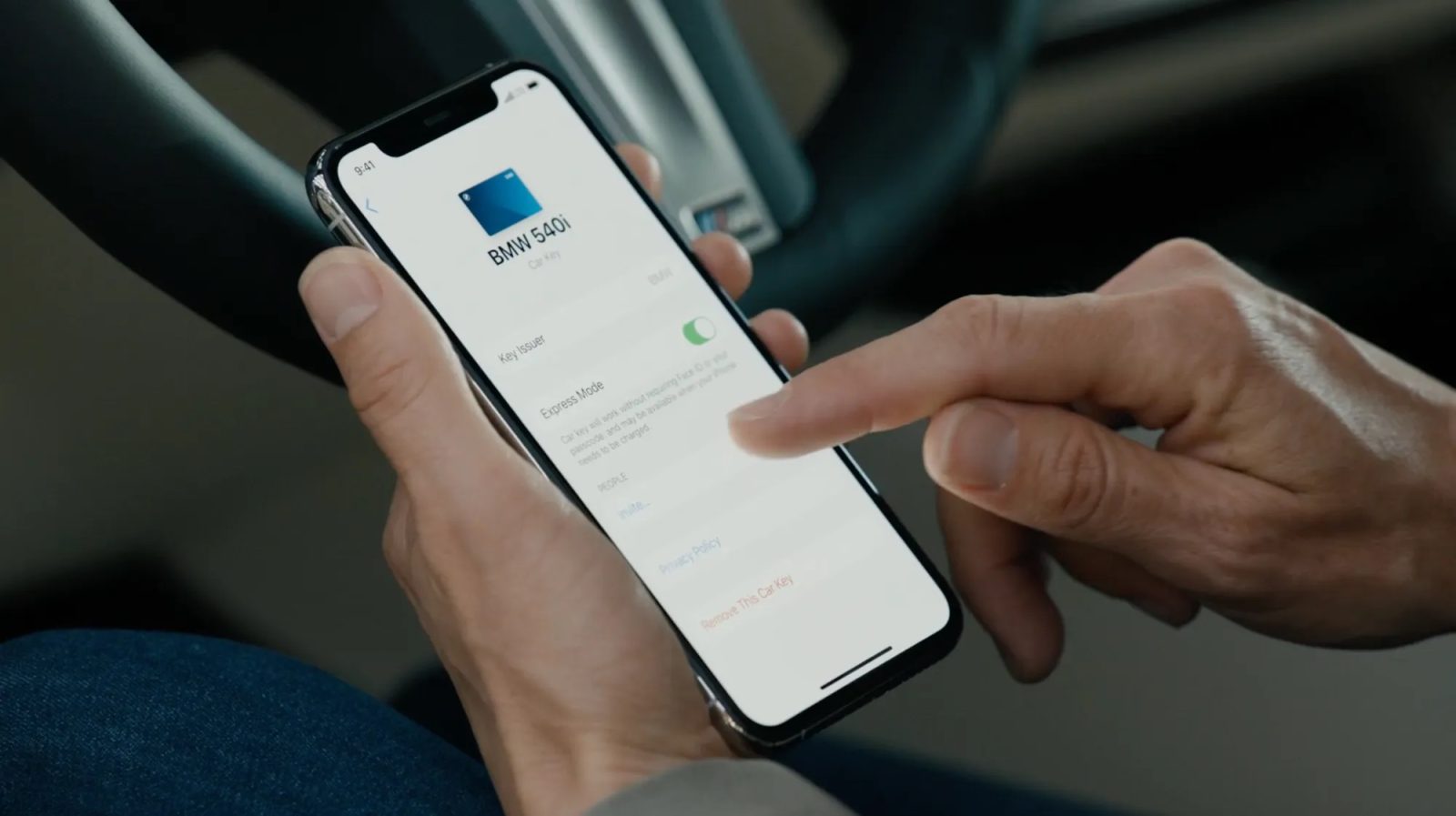 Apple has made the iOS 13.6 golden master available to developers today. The update comes with new features like improved support for downloading and installing system updates, the all-new Apple News+ Audio content, as well as the exciting CarKey feature.

Update: Shortly after going live for developers, the GM releases were renamed to beta 4. This could be to line up the public release of iOS 13.6 with the new Apple News+ Audio launch.

Another anticipated feature coming with iOS 13.6 is the launch of CarKey. 9to5Mac first discovered this back in February with the iOS 13.4 beta. Apple then officially announced at WWDC that the feature will first arrive with the new BMW 5 Series. This is a digital key that will work for locking, unlocking, and starting supported vehicles. Here’s how Apple describes CarKey:

Wallet allows you to add and share car keys for certain vehicles. You may add a car key by signing in to your vehicle manufacturer’s app or entering a pairing code in Wallet to claim the vehicle as your own and pair your device with your vehicle. If successful, your device sends Apple a one-time owner redemption token. Apple uses the redemption token, information abotu your location at the time of provisioning (if Location Services is enabled) for fraud prevention purposes.

You’ll also find a new option in the Software Update > Automatic Updates section in iOS 13.6. Instead of a single toggle to have automatic updates on or off that installs the most recent iOS release overnight, iOS and iPadOS 13.6 has two toggles, one to choose if you want to automatically download iOS updates and one to install the updates overnight.

Another change with this release is the ability to track new symptoms in the Health app like headaches, chills, sore throat, and more. Finally, there are some minor tweaks to the News app privacy notices and links that can be found be heading to Settings > News.

With the iOS 13.6 golden master becoming available today, the public release should be right around the corner. And notably, Apple is launching the first iOS 14 public beta today.

See anything else new in the iOS 13.6 GM build? Let us know in the comments or on Twitter @9to5Mac!