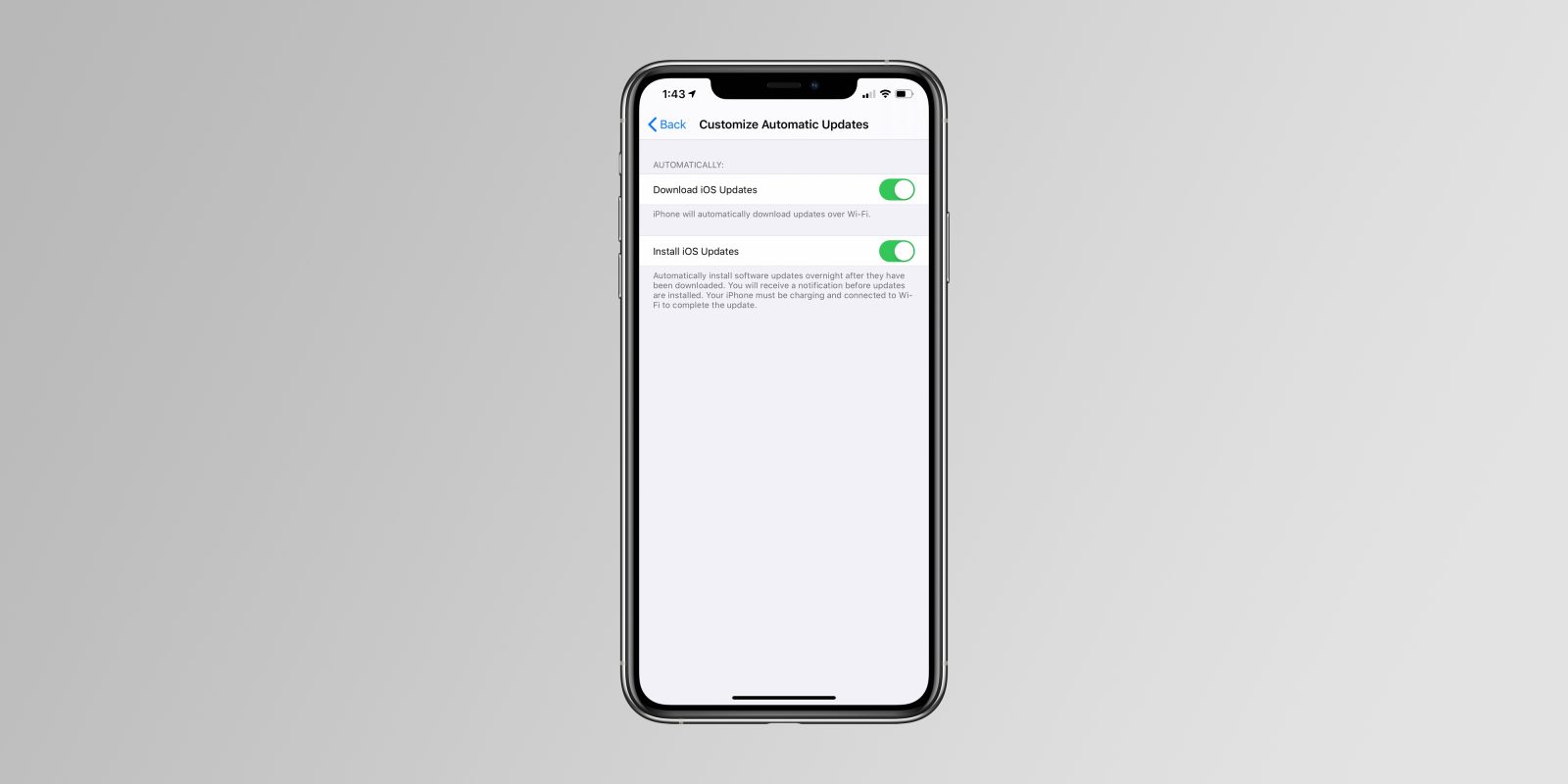 Apple is rolling out the second developer betas of iOS 13.6 and iPadOS 13.6 today. Included in the updates are additional controls to manage software updates going forward, including having updates automatically download and install.

iOS and iPadOS have long allowed you to automatically install software updates overnight, and today’s new toggle simply builds on that feature. There’s no need to manually download an update, but iOS will still send you a push notification before an update is installed overnight:

Automatically install software updates overnight after they have been downloaded. You will receive a notification before updates are installed. Your iPhone must be charging and connected to Wi-Fi to complete the update.

We’re still digging through iOS 13.6 beta 2 to see if there are any other notable changes. Spot any major changes in today’s new release of iOS 13.6? Let us know in the comments or on Twitter, @9to5Mac.

Apple is also expected to introduce iOS 14 in less than two weeks at WWDC 2020. Whether or not iOS 13.6 is released to the public before iOS 14 beta testing begins remains to be seen.