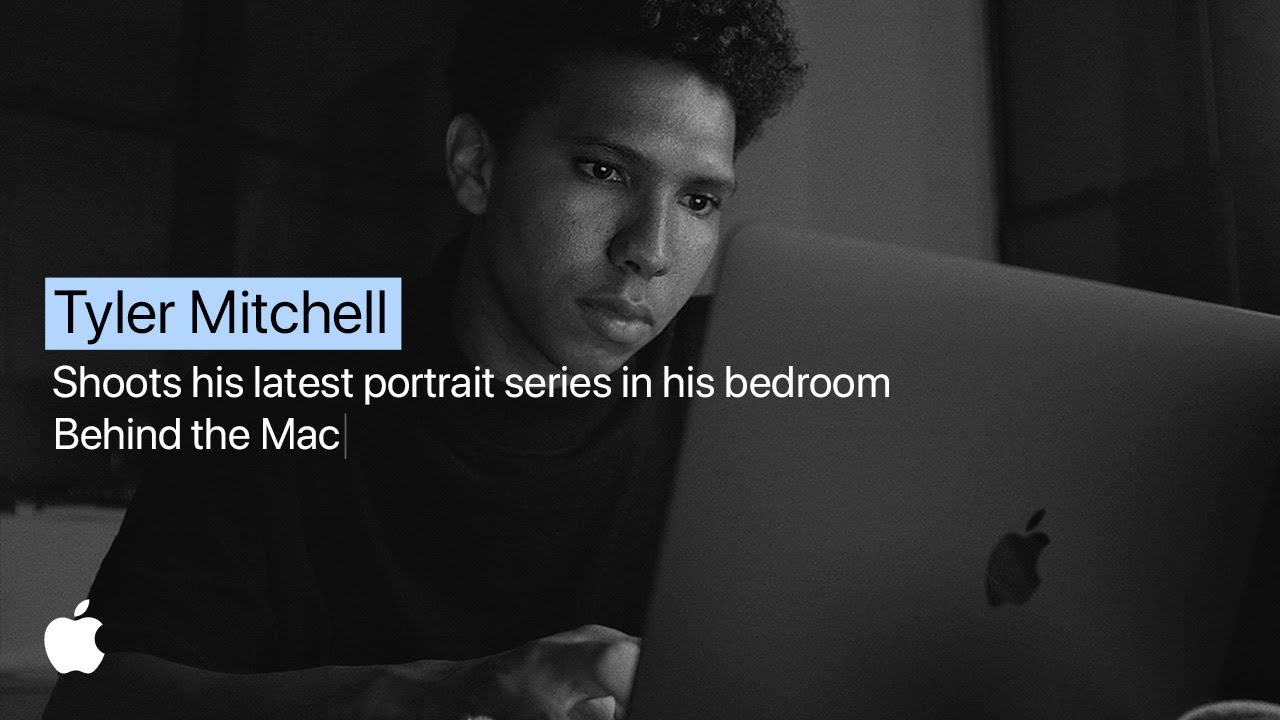 Apple shared a pair of new videos on its YouTube channel today focusing on how creatives incorporate the Mac into their workflow. One video focuses on musician James Blake, while the other highlights photographer Tyler Mitchell.

These new videos are part of Apple’s “Behind the Mac” series, which highlights some of the artists who use the Mac as an integral part of their setups. The first new video today focuses on Tyler Mitchell, a photographer from New York. The video offers a look at how Mitchell shoots and edits his latest portrait series over 24 hours:

“What can I do with the sweaters I’ve worn on my back.” Tyler Mitchell takes us to his place in Bed-Stuy, as he works on a new portrait series using only elements from his own bedroom. Remote cameras were set up in the fashion photographer’s apartment, capturing his creative process as he shot and edited the series over a 24 hour period. Digging through references, compiling a mood board, capturing the images, scanning them into his MacBook, and editing the selects in Photoshop. Putting the final touches on the portraits just before midnight.

“It feels like a dream that I’m sort of walking through and I’m able to affect what happens in it.” James Blake lets us inside his brain as he writes the new song “ASK FOR MORE.” Remote cameras were set up in the GRAMMY® Award winner’s home studio, capturing his entire creative process as he worked on writing, recording and editing the song over a 24 hour period. From time spent crafting a melody at his piano, to looping and pitching the melody and adding layers, instruments and vocals in Logic Pro X on his MacBook, to editing it into a finished song. Completing the track just after 1am.

You can check out both of today’s newest videos from Apple below: