Apple over-ear headphones may use gesture controls with ‘rotation detection’ 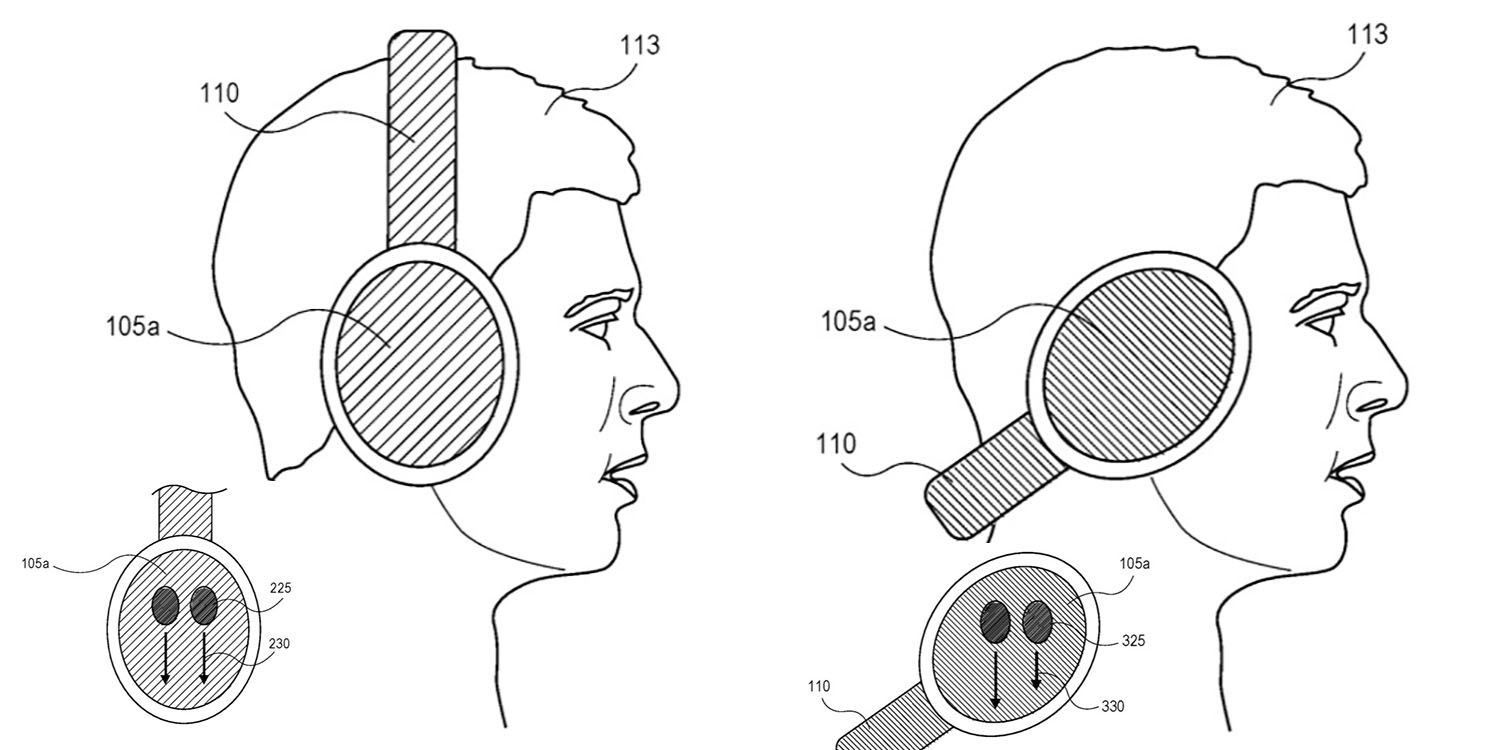 We don’t know too much yet about the long-rumored Apple over-ear headphones, but a patent published today describes a couple of features that the company has at least considered: gesture controls, and rotation detection.

The two features would work in tandem …

It’s always risky to use patents to get a steer on where Apple may be headed with new products. The company plays with a lot of different ideas, and patents many of them. None of this means the products or features will ever make it into production.

But where over-ear headphone patents are concerned, there has at least been some consistency of direction. Back in 2018, for example, we saw a patent suggesting that the headphones may be reversible.

Instead of having to ensure that we’re putting them on the right way round, the left earcup over the left ear, the headphones could automatically detect the orientation and adjust their output to match.

Different people also wear headphones at different angles, even including the headphone band around the back of their neck, which could make life tricky if Apple wanted to include touch-based gesture controls. But today’s patent (spotted by Patently Apple) describes a solution to that problem.

The systems and methods described herein may be used, for example, to detect a gesture (e.g., a swipe) received as user input on a touch interface of the headphones, such as a touch interface integrated into an ear piece. The gesture may be made in a particular direction, such as down toward Earth.

You could, for example, swipe down to reduce the volume, or forward to skip to the next track. But Apple notes the problem posed if people wear the headphones at varying angles.

Some embodiments of the disclosure provide systems and methods of detecting headphone rotation to properly process user input to the headphones […] Headphones may be worn in a plurality of configurations, such as upright with the headband around the top of the head, downward with the headband around the back of the neck, or anywhere in between. Thus, the systems and methods described herein may be used to determine the rotation of the headphones in order to properly ascertain the intended gesture and perform an intended result.

The described sensors could include a mix of capacitive – which detect when they are in contact with skin – and optical, which can measure the distance between the sensor and different parts of the ear.

Once the headphones have worked out their orientation, gesture detection would be modified to match.

As for what’s already known and rumored about Apple over-ear headphones, a discovery we made in iOS 14 code back in March gave a clue as to the design of the headphones. A Bloomberg report suggested we can expect two models, one premium, one lighter and sports-oriented. The same source also suggested Apple is planning a modular design, allowing users to mix-and-match things like different ear cups via magnetic attachments.

We can of course expect Apple to replicate AirPods features, like automatic pairing, auto-pause and resume, and the active noise cancellation found on the Pro model.

The headphones were originally expected to launch around the fall, but the coronavirus crisis may have delayed things. Price is unknown, but are likely to be significantly pricier than AirPods Pro’s $249. Apple is going to be competing in the same market as the Bowers & Wilkins PX7 ($399), Sony WH-1000XM3 ($349), and Bose Noise Cancelling Headphones 700 ($399), so $349-399 seems likely.