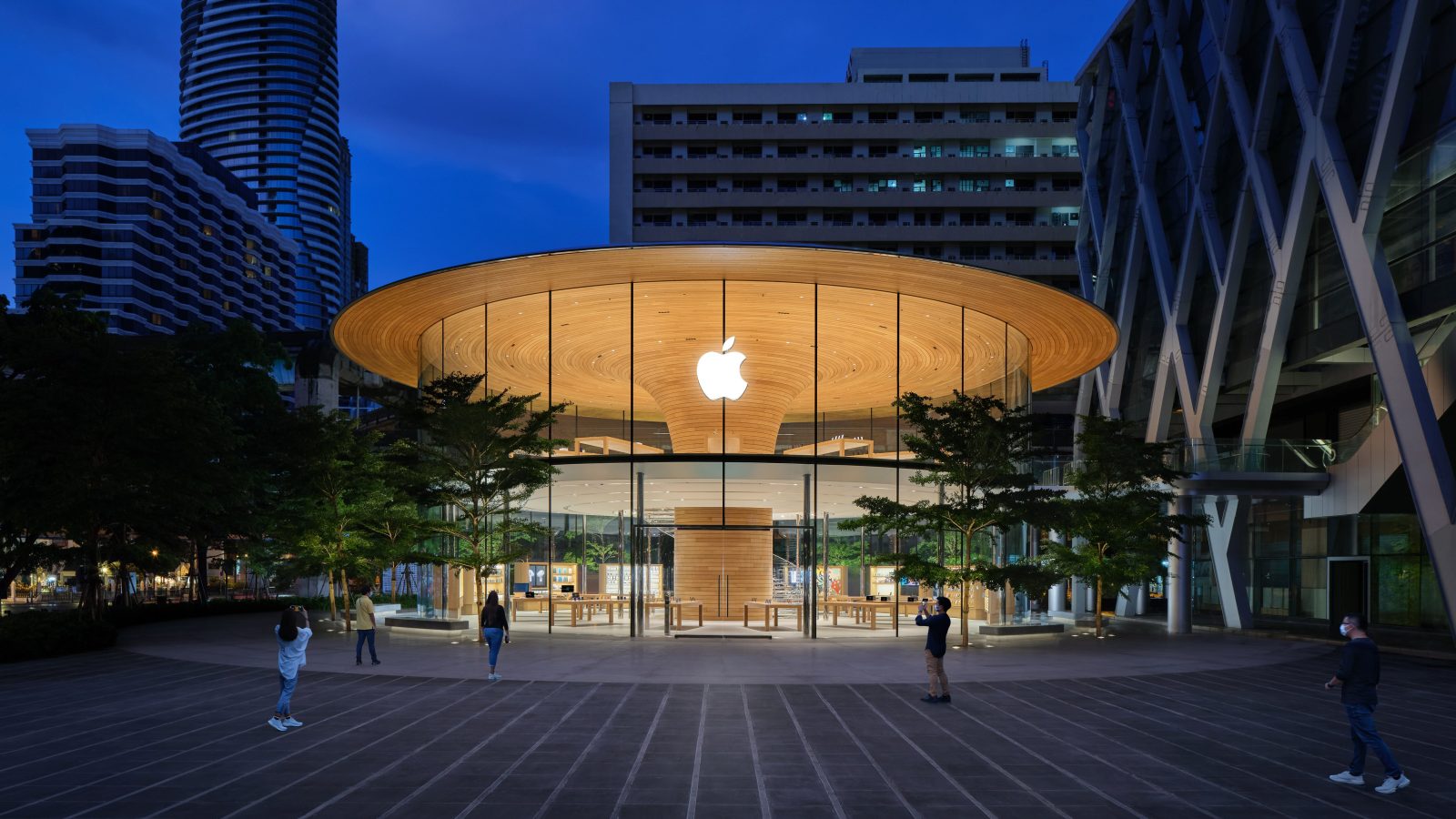 Apple Central World arrives July 31 in Bangkok. Ahead of its grand opening, Apple is offering an at-home preview of some of the store’s stunning architecture details.

Last week, we took you on a tour of Bangkok, stopping at Central World in the Ratchaprasong intersection to learn more about Apple’s new home in Thailand. This week, Apple has uncovered the store and is ready to share a closer look at one of its most unique retail projects.

At the heart of Apple Central World is a massive curved timber vortex blooming toward the sky. Apple calls the design a Tree Canopy roof. The store is circled by panes of curved glass that almost entirely dissolve the building’s facade. A polished stainless steel elevator and cantilevered spiral staircase lead to the upper level’s Forum and video wall. The store’s cylindrical shape makes Apple Central World a quick comparison to Steve Jobs Theater, but the design is less a remix of what’s already been done in Cupertino and more an entirely new experience created just for Bangkok. Design elements like freestanding Avenues with graphic panels, curved timber, and plank walls are making their Apple Store debut. 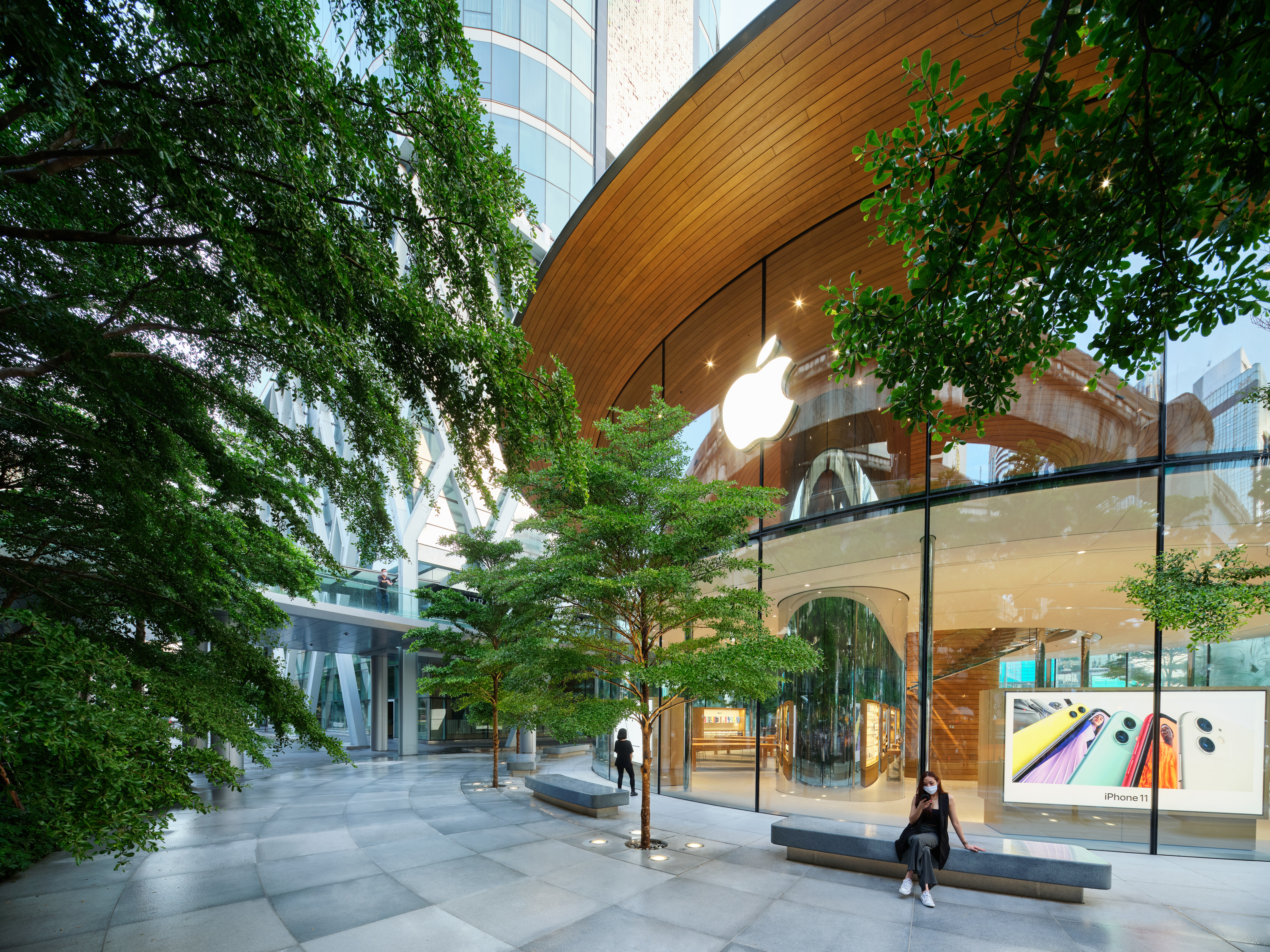 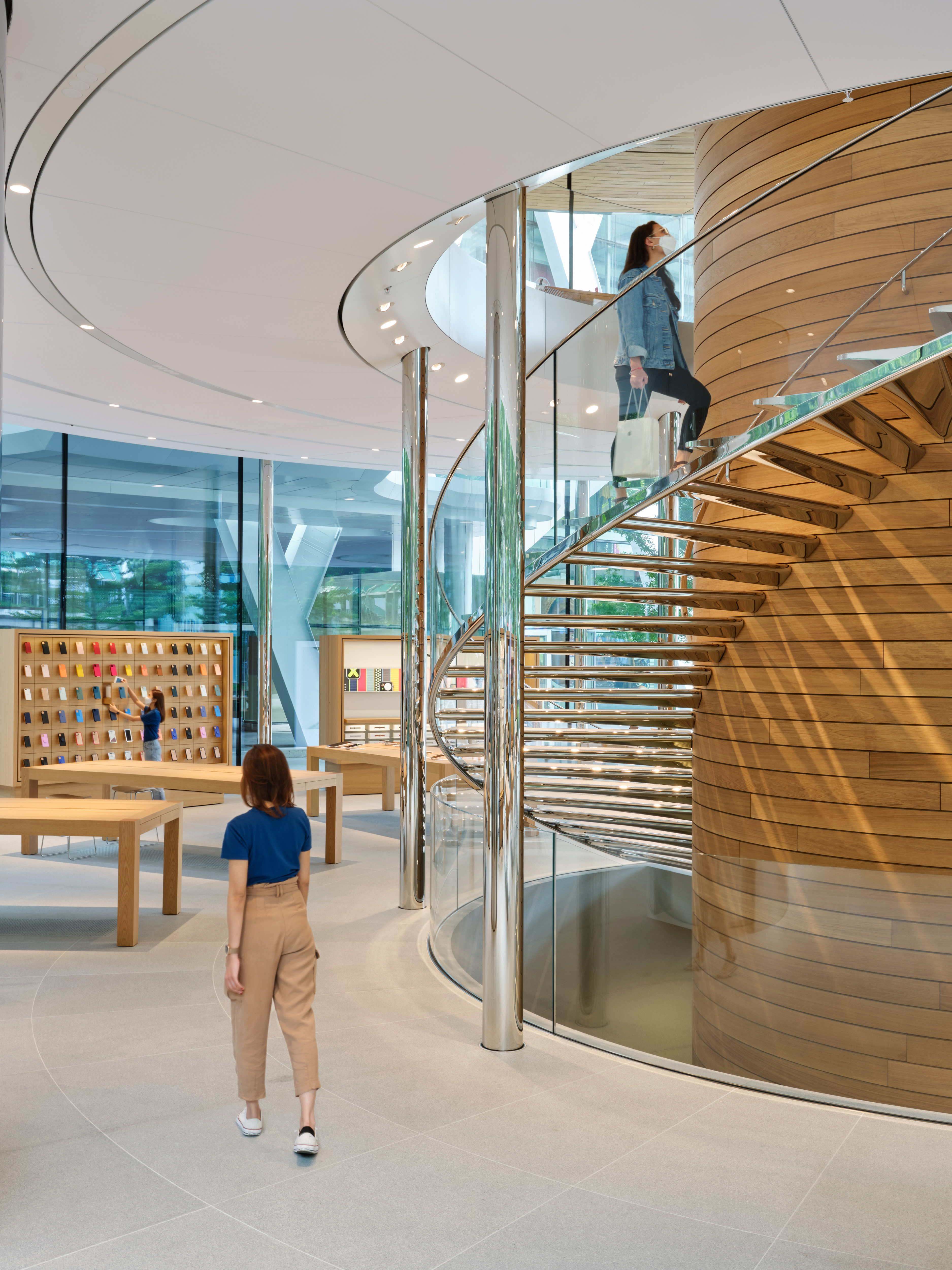 Apple Central World joins Apple Iconsiam across the Chao Phraya River as the second Apple Store in Thailand and 511th in the world. More than 130 team members speaking 17 languages will staff the store. Apple will continue to operate both stores with health and safety precautions like a mask requirement, frequent cleaning, temperature checks, and reduced occupancy. 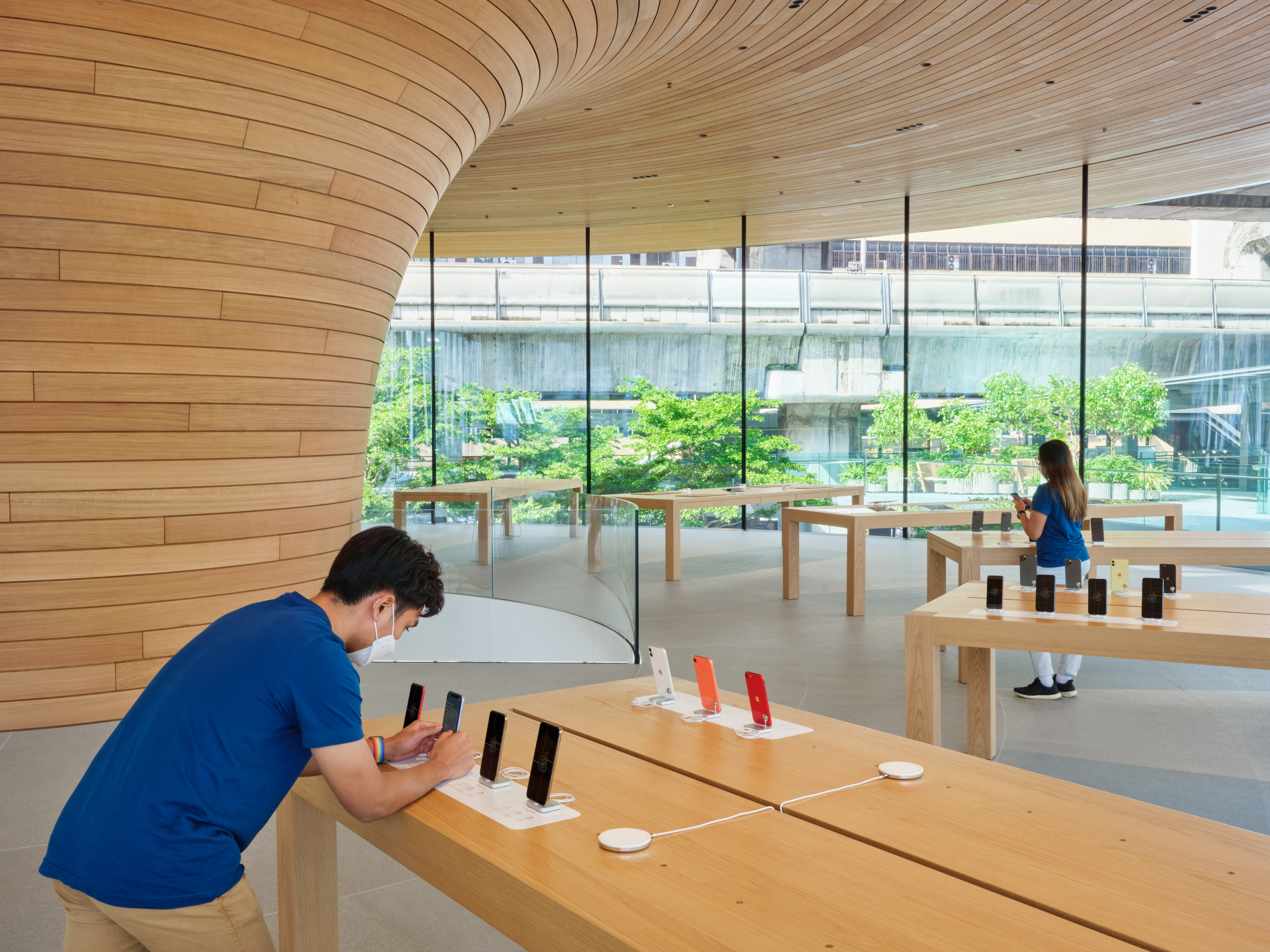 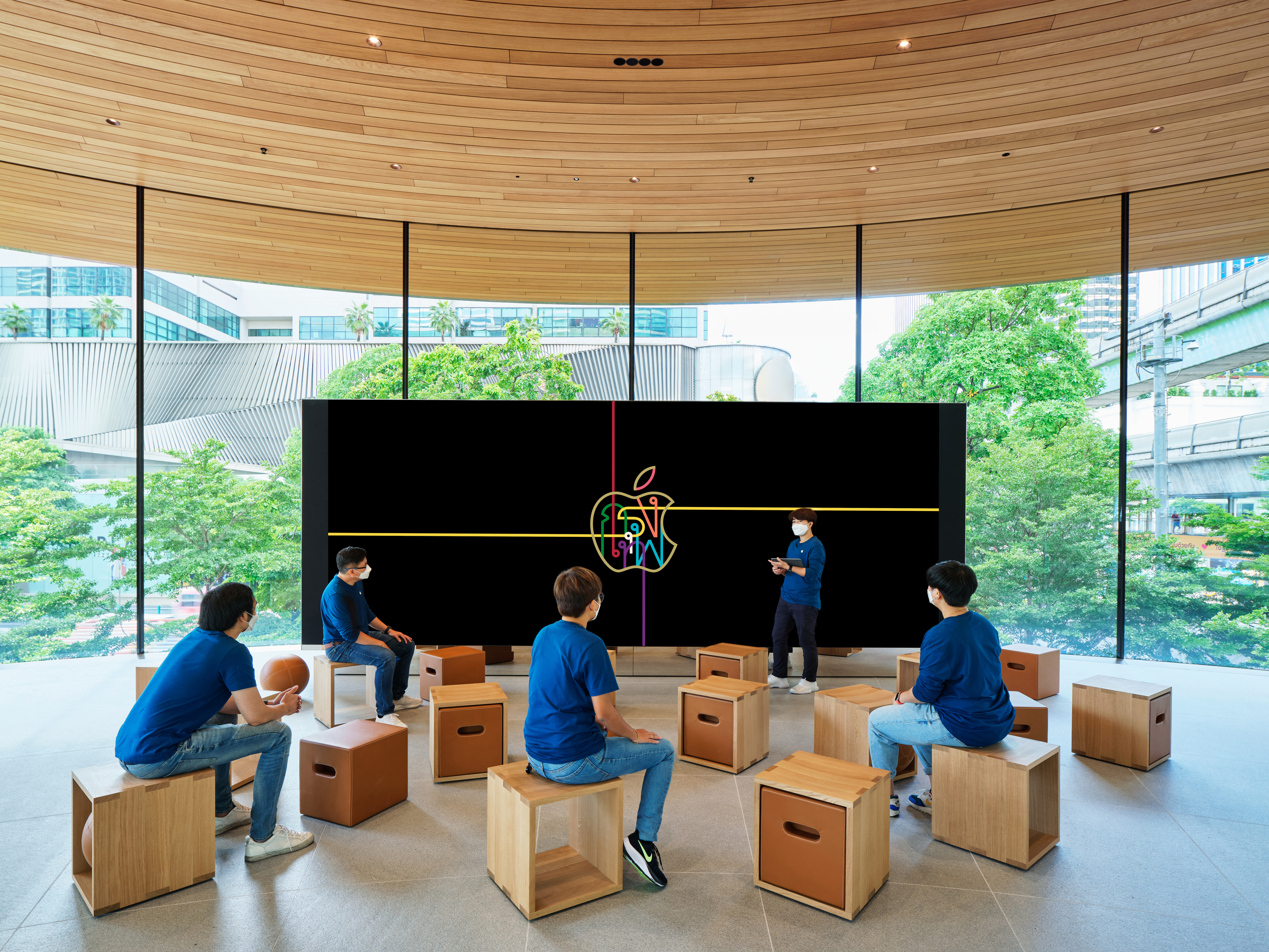