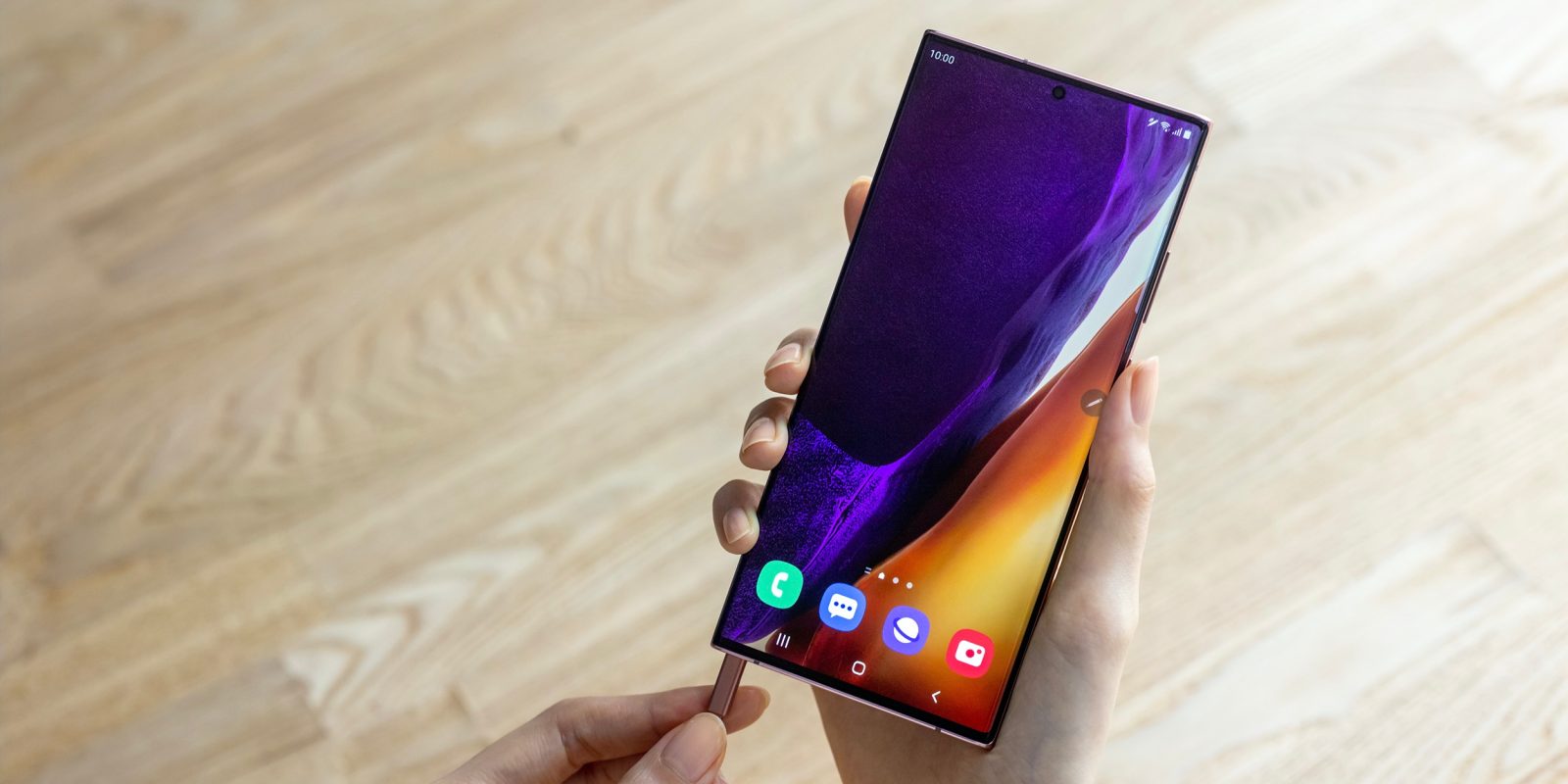 Samsung has launched a slew of products at its virtual Unpacked event today including its latest smartphones, smartwatch, fully-wireless earbuds, and more. The new devices offer some compelling features ahead of Apple unveiling the iPhone 12 and new Apple Watch later this year.

The headlining new devices from Samsung today are the Galaxy Note 20 and Galaxy Note 20 Ultra smartphones but Samsung also teased the second-generation of its foldable smartphone. Other new products include the company’s latest fully wireless earbuds with active noise cancelation, the new Galaxy Watch 3 with hardware to support blood pressure and blood oxygen readings, and more.

Another standout feature is the Note 20 Ultra getting a 120Hz display, something that is rumored to arrive with Apple’s iPhone 12 lineup.

Other features of the Galaxy Note 20 series include the latest Qualcomm Snapdragon chips, up to 12GB of RAM, 108MP primary rear camera sensor with up to 50x hybrid zoom, and 128GB base storage.

The new wearable is playing catch up with Apple Watch in a few areas like ECG and fall detection. However, it will be able to take blood pressure and blood oxygen readings, the latter of which may come with this year’s Apple Watch.

These features won’t be available right away for the Galaxy Watch 3, but Samsung says they’ll arrive in future updates. The Galaxy Watch 3 will be priced from $399. Learn more about Samsung’s new wearable here.

The new fully wireless earbuds from Samsung come with active noise cancelation like Apple’s AirPods Pro. However, the most interesting thing here may be the $179 price compared to AirPods Pro around $250 with similar features.

The Galaxy Buds Live also tout better battery life than AirPods Pro with a 6-hour rating, and another 21 from the charging case as well as a new bean-shaped design. Check out all the details on Samsung’s new earbuds here.

While it’s not launching quite yet, Samsung showed off the second iteration of its foldable smartphone, the Galaxy Z Fold 2. Our colleagues at 9to5Google noted that the company didn’t share many details but did confirm display improvements.

What the company did officially confirm today is almost entirely about the displays.The Fold 2 has a nearly edge-to-edge cover display that measures 6.2-inches and is drastically bigger than the predecessor’s 4.6-inches. There’s a punch-hole camera, as well inside on the larger 7.6-inch main display.

Reservations are starting now with pre-orders happening on September 1. Learn more in here.