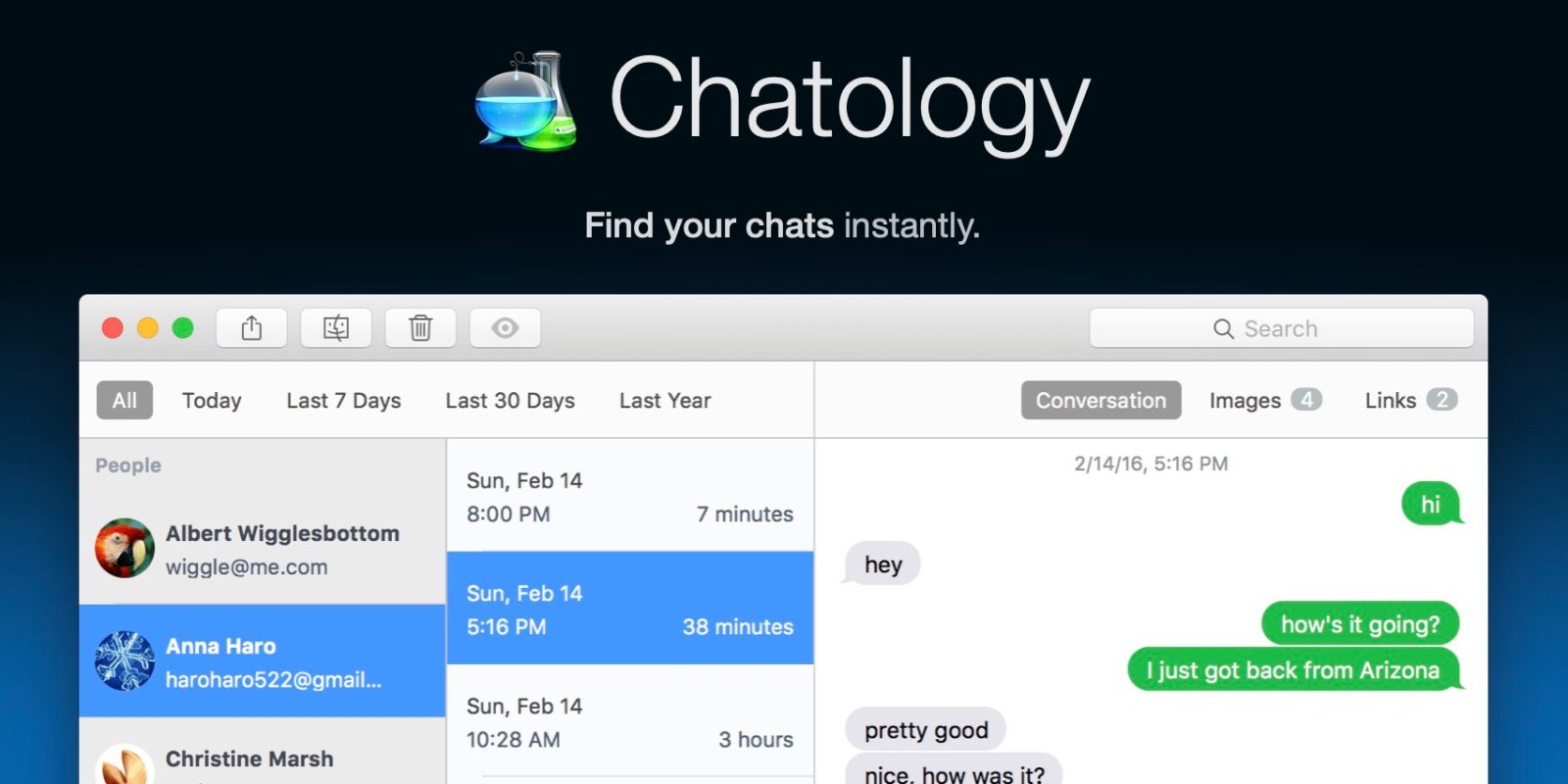 For many years, Chatology by Flexibits was a go-to solution to fix the problems with searching the Messages app on Mac. Now with the public release of macOS Big Sur approaching, Chatology is being discontinued.

While searching in the Messages app on Mac has improved to some degree over the last seven years, when Chatology first launched back in 2013, Messages would often lock up for users when trying to use the search feature. This made it a popular app for not only finding specific messages but searching by date and tracking down images and links in messages.

Today Fantastical developer Flexibits has announced that it has discontinued Chatology as macOS Big Sur is nearing its debut with some major changes to Messages. Notably, the native search feature in Messages with Big Sur is fixed. Other big changes include an iOS-inspired design, pinned messages, inline replies, mentions, group photos, and more.

Chatology will still work on macOS Catalina and earlier but the app is no longer being sold and technical support will stop at the end of 2020.

After more than 7 years, Chatology is being discontinued due to major changes with Messages in the upcoming release of macOS Big Sur.

Chatology is no longer available for purchase but should continue to work with existing versions of macOS.