iOS 14: How to hide photos from the library in the Photos app 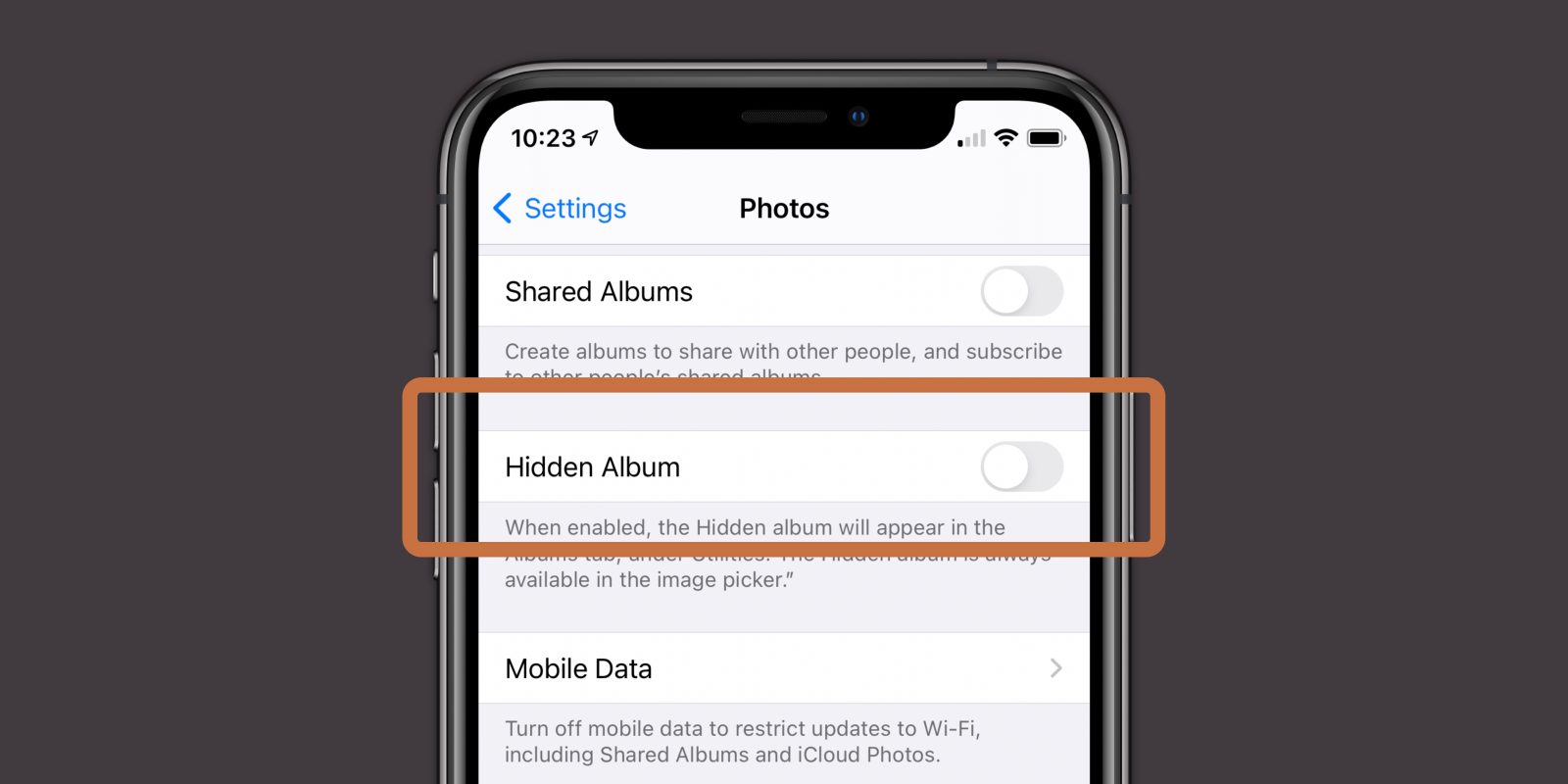 For years, iPhone and iPad users have been asking for ways to hide pictures from the main camera roll in the Photos app. Apple has finally gone some way to addressing this feature with iOS 14 thanks to a new Hidden Album toggle. Here’s how to hide photos from the camera roll on the iPhone in iOS 14 …

There are many reasons why people want to hide photos, perhaps you have taken photos only meant for certain people to see or you have screenshots that you want to keep but don’t want to clutter up your main Photos library. Perhaps you’ve taken a picture of a present for your kid that you want to keep a surprise for a little longer.

In previous versions of iOS, you are able to ‘hide’ photos. Select a photo, press the Share button, and press Hide. This removes the photo from the main Library tab, so it feels like it is hidden.

However, the photo can be easily found by going to Albums -> Other Albums -> Hidden.

This kind of defeats the point because someone looking at all your photos can very easily get to it. A toddler could accidentally tap on the Hidden album view, they don’t even need to be explicitly looking for it.

With iOS 14, however, you can now go one step further. You can now hide the Hidden album from showing, removing all traces of hidden images from the Photos app.

To do this, open Settings -> Photos and toggle off Hidden Album. Then, go back to the Photos app and you will notice there is no no way to navigate to the hidden album and your hidden photos are truly unavailable in the Photos app.

Although this is a significant step in the right direction, there will still be users wanting more. Obviously, if you are actually trying to hide something, an intruder could very easily open the Settings app and disable the toggle to reveal the Hidden album themselves.

Many people have asked Apple for a way to lock the hidden album, like with Touch ID or Face ID, so only they can access it as a second layer of authentication beyond unlocking the phone itself. Unfortunately, this kind of functionality is not available in the native Photos app on iOS 14 (Apple does let you lock and password-protect notes in Notes though.)