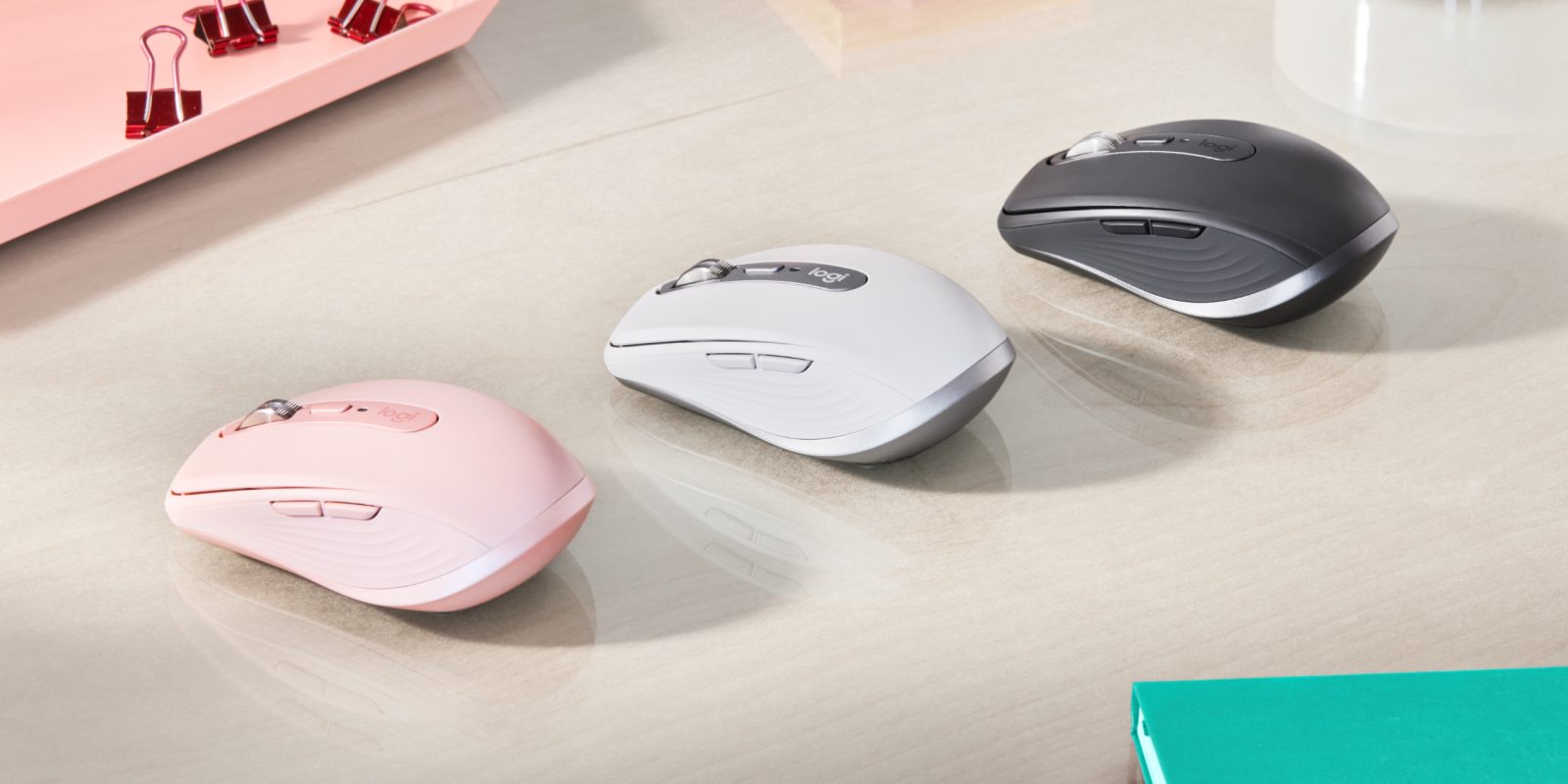 The MX Anywhere series is a low-profile compact mouse that can be used on virtually any surface, making it ideal for work-from-home environments. Today Logitech takes the wraps off the latest iteration in the series, the MX Anywhere 3 for Mac Wireless Compact Mouse.

The MX Anywhere 3 for Mac takes some of the elements from Logitech’s MX Master series, and places them within the confines of a compact profile. Featuring Logitech’s popular MagSpeed electromagnetic scrolling technology for super-fast effortless scrolling, the MX Anywhere’s scroll wheel can move up to 1000 lines in a second, yet is precise enough to stop on a pixel.

Living up to its name, the MX Anywhere 3 allows users to work in a variety of environments thanks to its track-on-any-surface capabilities. It means you’ll easily be able to transition from the desktop to the couch in this new work-from-home era without much thought. And like mice in the aforementioned MX Master series, the MX Anywhere 3 can also be used to track on glass surfaces as well.

Other key features include an ergonomic design that’s contoured to fit the shape of the human hand, and silicon side grips that are soft to the touch. Logitech notes that not only is the mouse compact and travel-friendly, but it’s also built to withstand the rigors of day-to-day usage with its ability to survive bumps and drops.

“MX Anywhere 3, the latest addition to the premium MX family of products, is purpose-built for creating, making and doing at the speed of thought so you can master whatever you need,” said Delphine Donne-Crock, general manager of creativity and productivity at Logitech. “Designed to enhance your workflow anytime and anywhere you need to be productive, MX Anywhere 3 is comfortable and fits well for smaller hand sizes.”

Like its big brother, the MX Master 3 for Mac, the MX Anywhere 3 features handy USB-C connectivity for charging, which is ideal for Mac and iPad Pro users. The MX Anywhere 3 gets three hours of usage from a quick one-minute charge and features the ability to stay powered for up to 70 days after a full charge.

And just like other Logitech peripherals, users can connect up to three devices via Bluetooth or via the included Unifying USB dongle, switching between them at the tap of a button. Such functionality is especially nice for Mac users who may switch between a desktop Mac, MacBook, and iPad. There’s also Flow cross-computer control, for copying content like text and images seamlessly between multiple machines.

Logitech’s software for the MX Anywhere 3 includes app-specific profiles and button combinations that allow Mac users to customize specific workflows and shortcuts on an app-by-app basis. For example, Final Cut Pro X users could assign one of the buttons to insert a quick cut with the Blade tool for even faster editing.

Obvious MacBook usage aside, I especially think that such a device is a perfect match for the iPad now that iPadOS features advanced cursor control. As someone who prefers to use mice over trackpads, the size and style of the MX Anywhere 3 seems ideal for the iPad, including the just-launched base model iPad 8th-generation $329 model.

The MX Anywhere 3 for Mac requires macOS 10.15 or later and/or iPadOS 13.4 or later. It can be found for $79.99 on Logitech’s website and will also be available from Best Buy, Amazon, and other retailers.

What are your thoughts on Logitech’s latest Apple-centric mouse? Sound off down below in the comments.