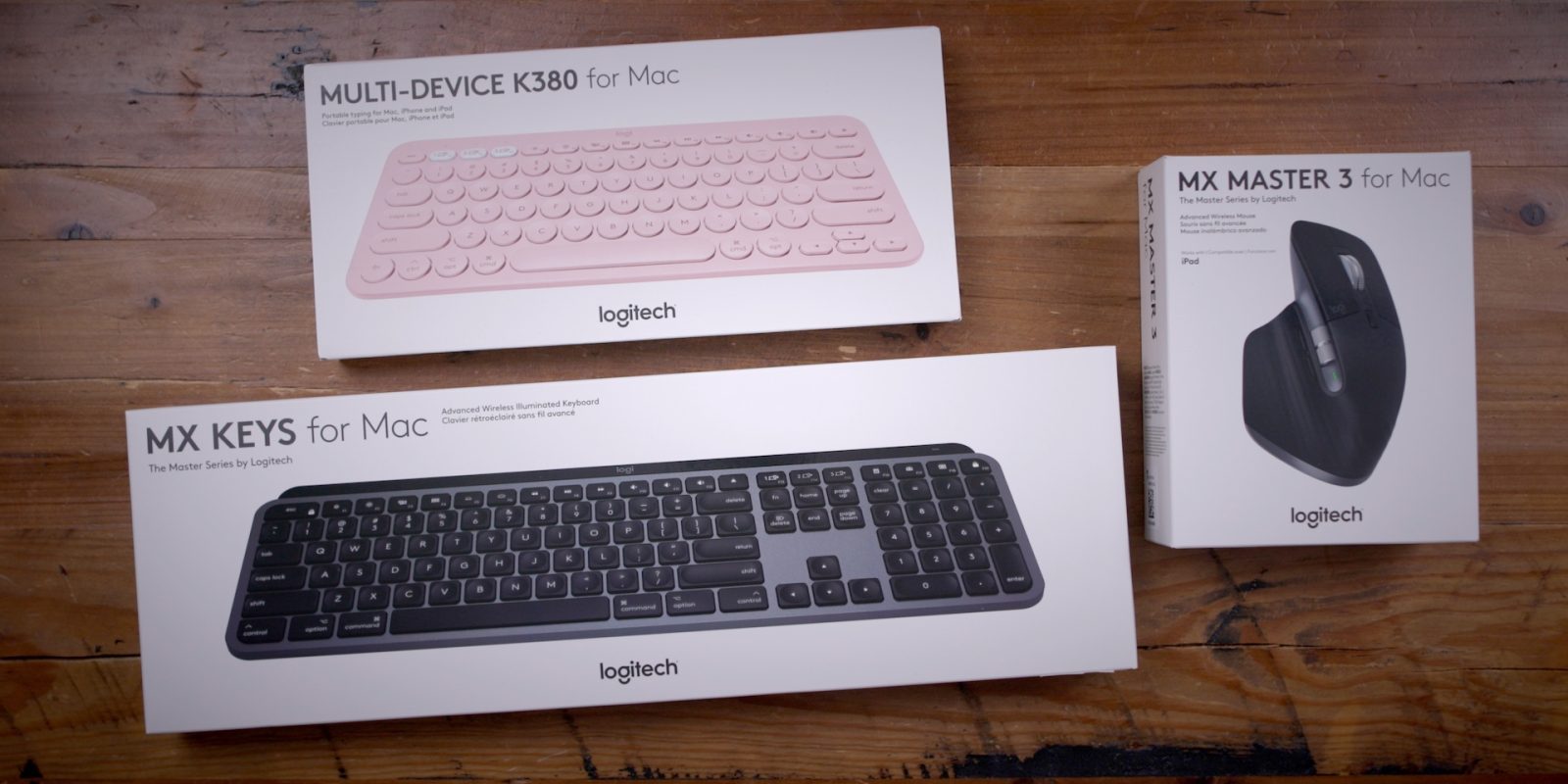 Today Logitech is releasing Mac-flavored iterations of a few of its most popular peripherals. The MX Master 3 for Mac is the latest iteration of the popular wireless mouse for creative professionals, sporting a Mac-friendly space gray exterior and USB-C to USB-C cable for easy recharging. MX Keys is a wireless keyboard with Mac-centric keys and built-in person-sensing backlight. It too comes with a space gray exterior and is the perfect companion for the MX Master 3.

Both devices retail for $99 and are available today. In addition, Logitech is also launching a $39.99 Mac-flavored version of its minimalist K380 Multi-Device Bluetooth Keyboard that you can quickly pair with an iMac, MacBook, iPhone, or iPad.

For more specifics related to all three new Logitech products, check out the full post and corresponding video walkthroughs.

The MX Master series is one of the world’s best-known mouse options for Mac and Windows users, but with this particular MX Master 3 for Mac release, Logitech is specifically marketing towards Apple users.

First and foremost, the MX Master 3 for Mac features a space gray finish, which complements the finish of a computer like an iMac Pro, Mac mini, or space gray MacBook Air/Pro.

And instead of including a USB-C to USB-A cable for facilitating recharges, this MX Master 3 comes equipped with a Mac-friendly USB-C to USB-C cable.

Beyond that, the MX Master 3 for Mac is similar to previous MX Master releases. The standout feature, outside of the insane amount of customization options, is the ergonomics. The MX Master 3 will fit most right-handed users like a glove, with perfectly carved out areas to rest your thumb and a slightly angled finger wrest that works with the natural shape of your hand. 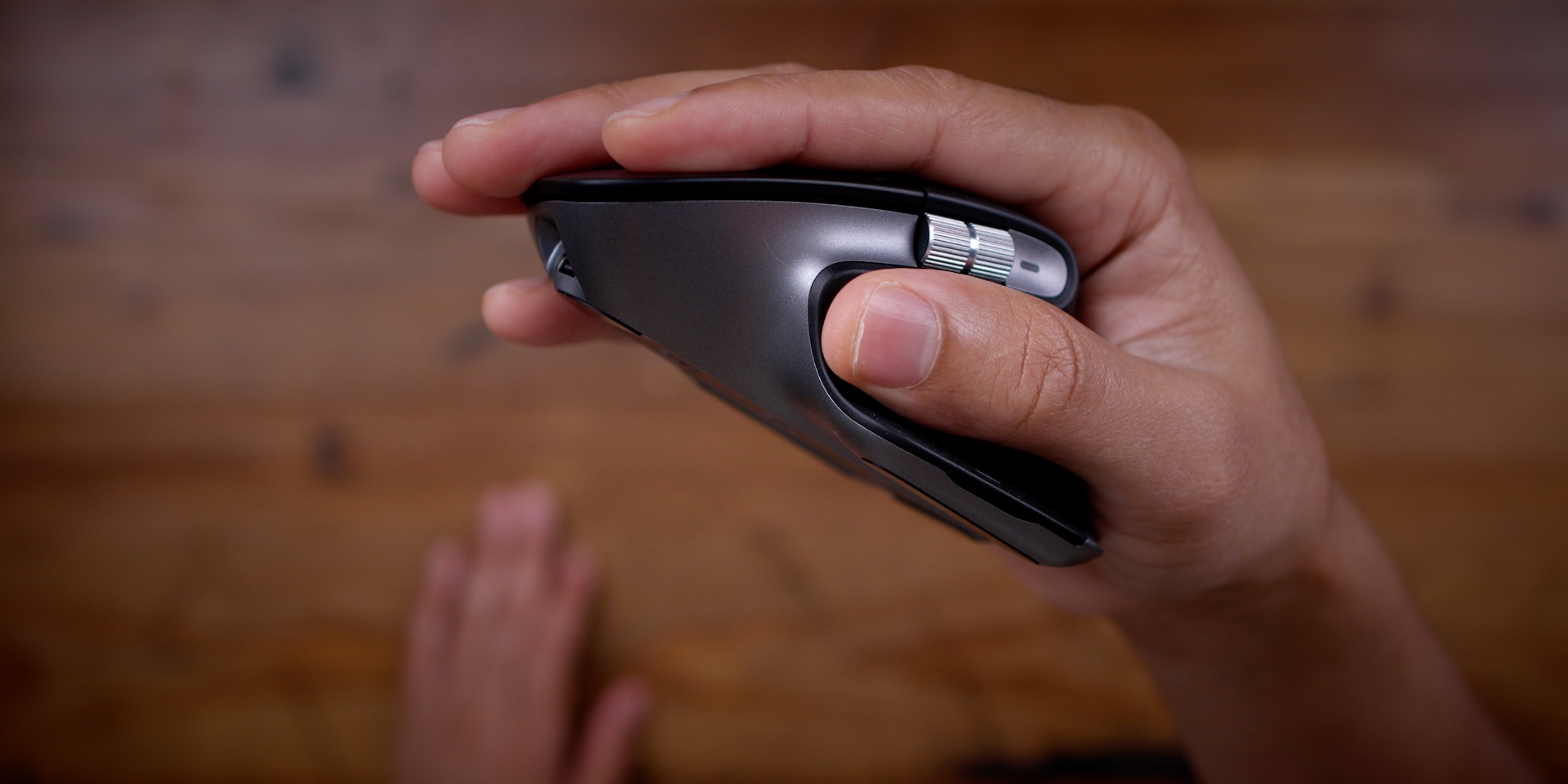 I’ll say that I love Apple’s Magic Mouse, and I’ve been a big fan of the gesture-based top surface since it debuted, but it’s a terrible mouse for ergonomics. If you find yourself hurting after an extended time with the Magic Mouse, I highly suggest checking out the MX Master 3. 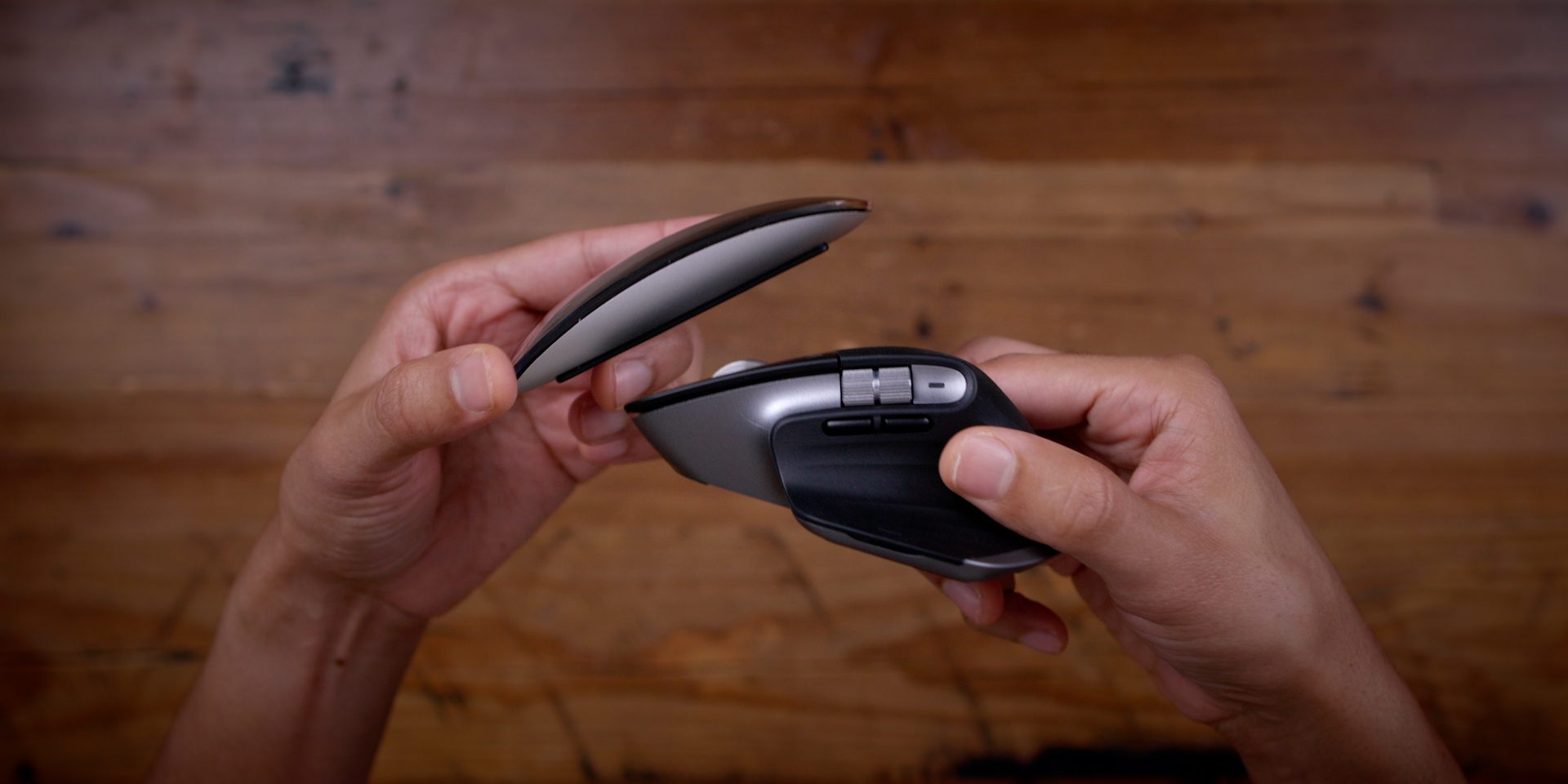 Outside of the ergonomics, customization is what the MX Master is famous for, as it features over half-a-dozen buttons, and all of them can be customized via Logitech’s Options software. 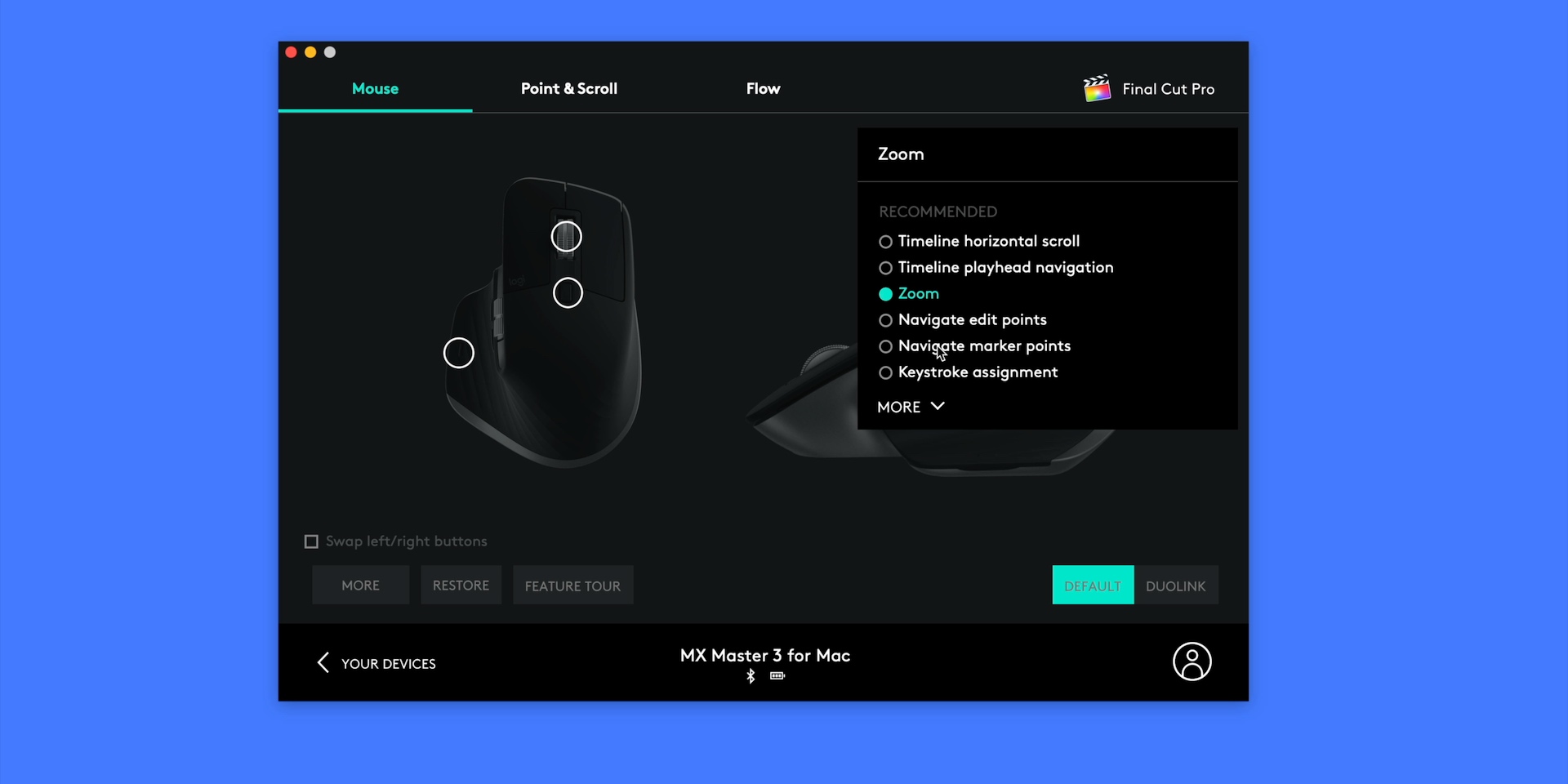 I’m an especially big fan of the horizontal scroll wheel, which allows me to quickly scroll in my Final Cut Pro X timeline, and throughout other timeline-based applications. You can even customize the MX Master 3 on an app-by-app basis via downloadable profiles, so you can make it perform a certain set of functions in Final Cut Pro X, and a whole different set of unique functions in Microsoft Word. 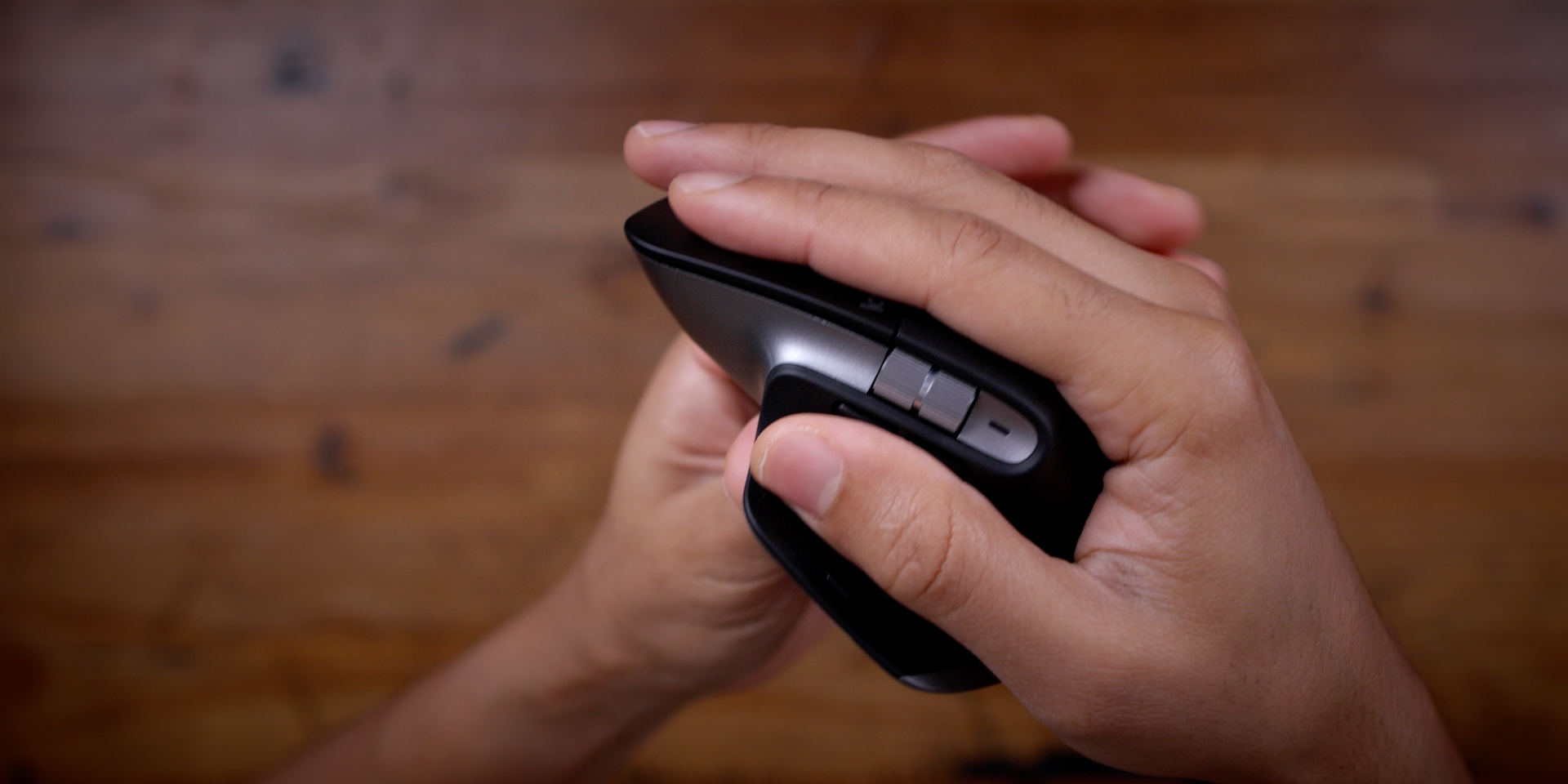 One of the most-liked MX Master features is the MagSpeed magnetic scroll wheel, which automatically shifts between line-by-line scrolling to free-spinning scrolling based on your scroll velocity. Users can use the mode shift button to switch between ratchet and free-spin scrolling. The next-gen wheel allows for scrolling line by line in ratchet mode, or up to 1000 lines in less than one second in free-spin. Of course, MagSpeed parameters can also be adjusted within Logitech Options. 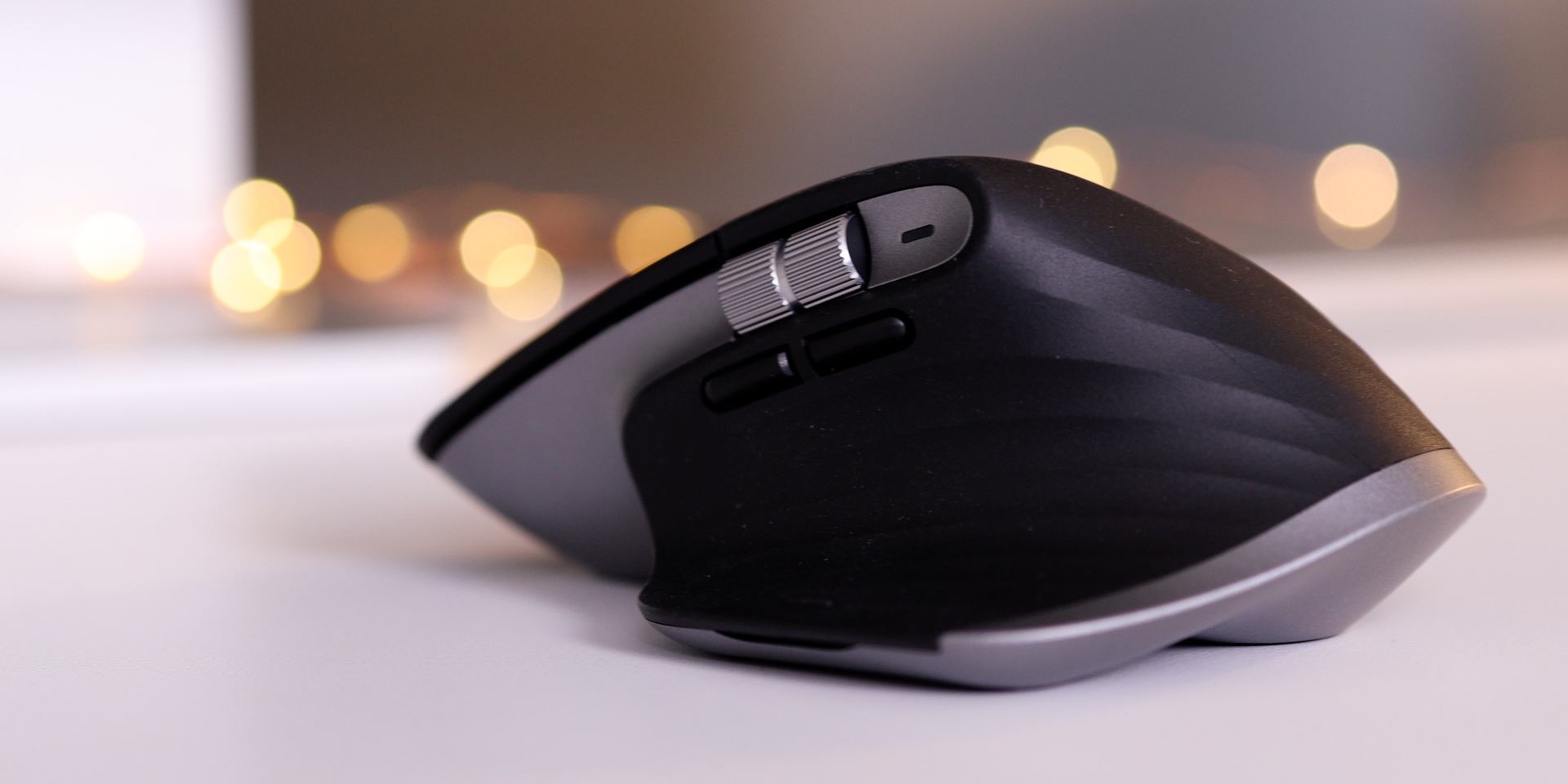 Like previous MX Master hardware, the MX Master 3 for Mac features a customizable Gesture button, which can be used in the absence of a gesture-based surface found on the Magic Mouse.

To invoke a gesture, you use your thumb to press and hold the gesture button, and then move your mouse up, down, left, or right to invoke the assigned gesture. I’ve never found this setup to be as intuitive or as natural feeling as executing gestures on the Magic Mouse, but after using it for a while, it begins to feel more natural.

Logitech Flow is a technology that allows for cross computer control between two Macs, or even a Mac and Windows Machine. Once Flow is enabled via Logitech Options, it’s simply a matter of dragging your cursor to the edge of the screen to quickly switch to another Flow-enabled device. 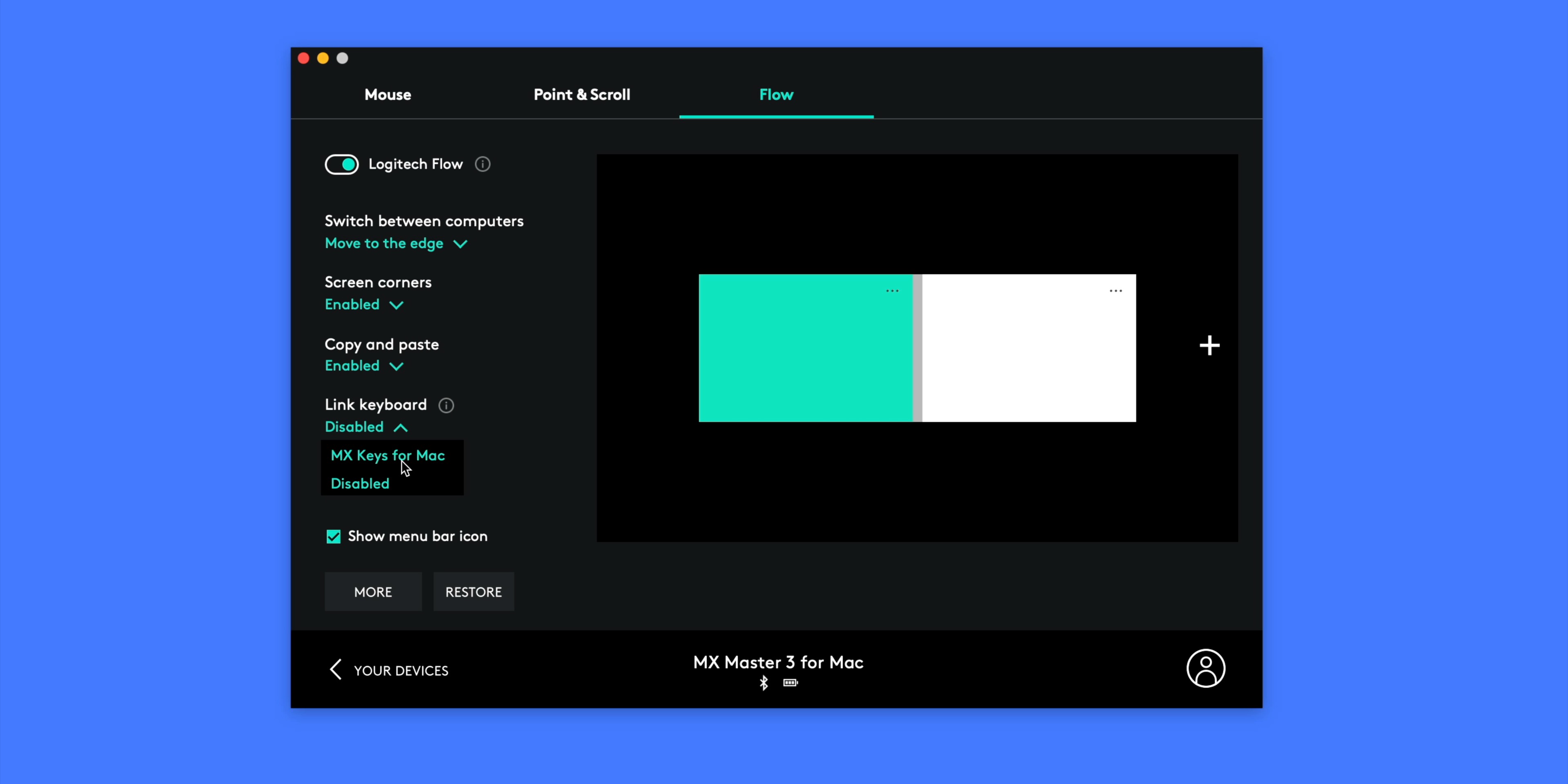 What’s even cooler is the fact that the MX Keys can piggyback on the MX Master 3’s Flow session, and automatically switch over to the appropriate computer as well. Flow also works with file sharing for quickly copying and pasting files between computers.

The bottom line is that the MX Master series of mice are tried and true products for creative professionals, or for anyone who wants a highly-customizable mouse without needing to sacrifice on ergonomics. At $99, I think it’s definitely worth trying, especially if your Magic Mouse is causing discomfort after prolonged usage. 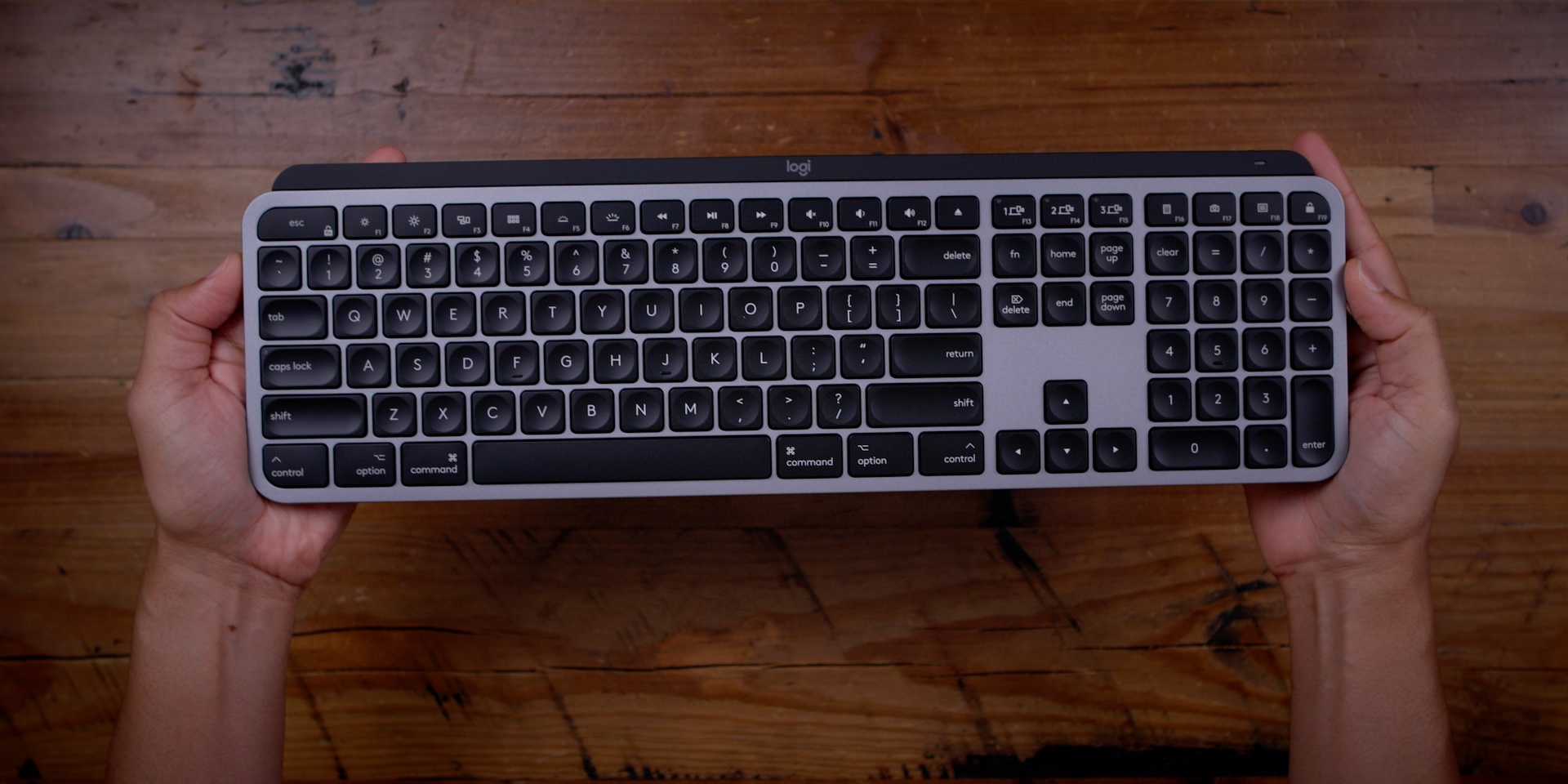 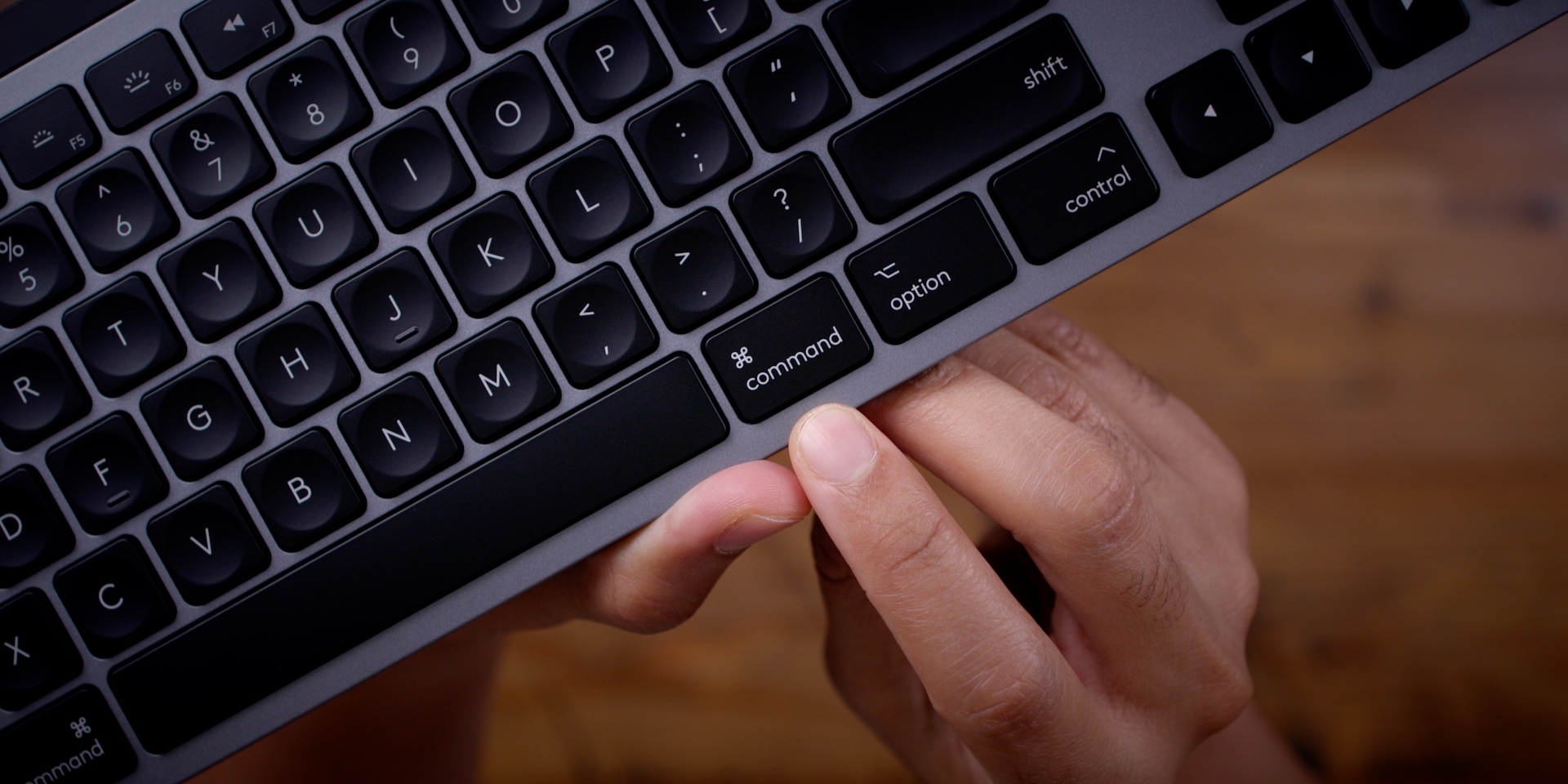 Although the build is comprised of plastic instead of aluminum like Apple’s Magic Keyboard, the MX Keys is deceivingly heavy and will easily resist sliding around on your desk while typing. There are no adjustable feet, but Logitech says that it’s worked hard to implement an angle that will perform well in most circumstances. 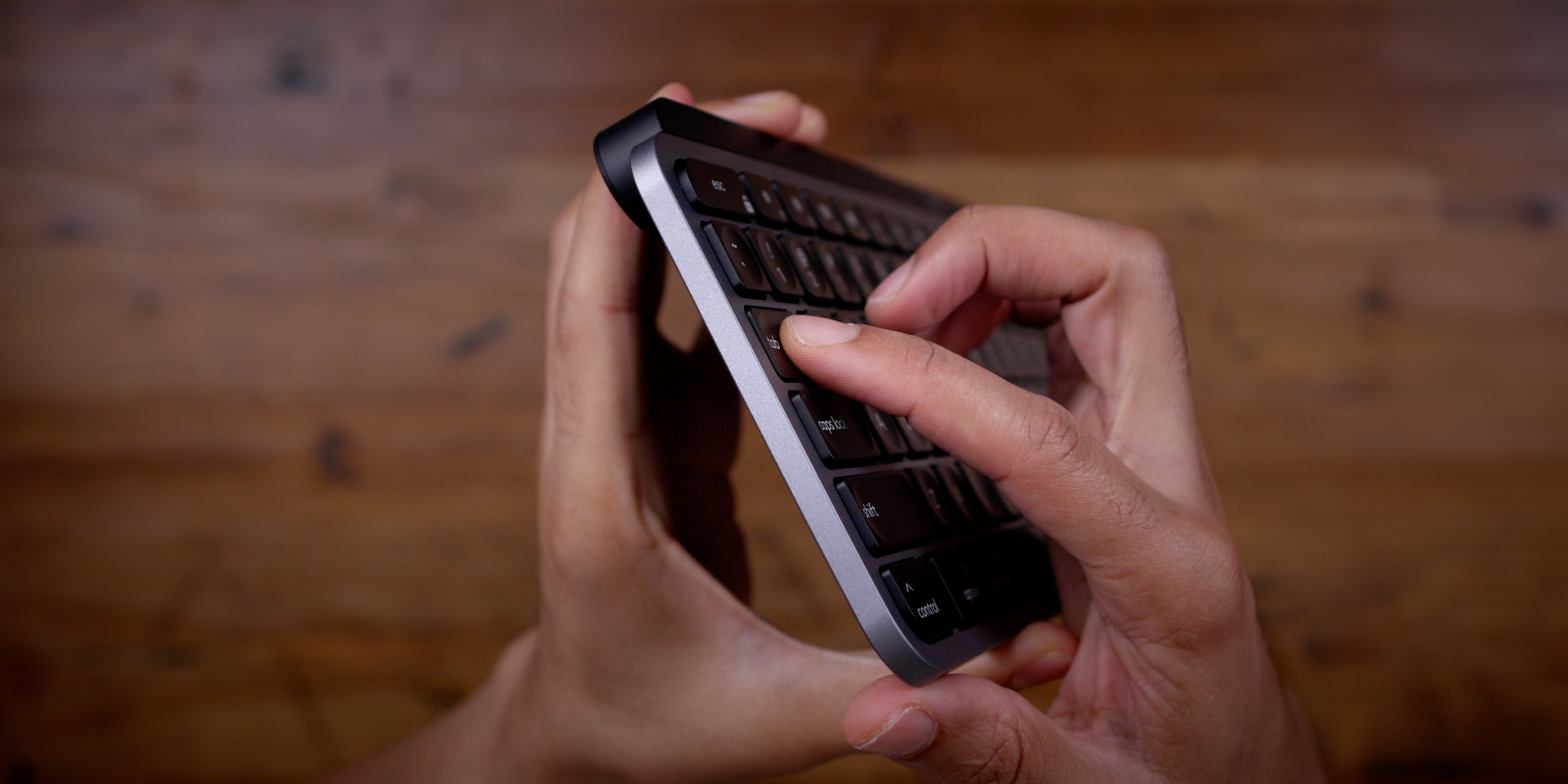 The MX Keys features a few standouts features that make it different from other keyboards you might be considering. For starters, it features spherically-dished [read: concave] keys that help your fingers find the precise key needed while touch typing. The keys feature scissor switch mechanisms, and there is a decent amount of key travel for a keyboard that doesn’t feature mechanical key switches. 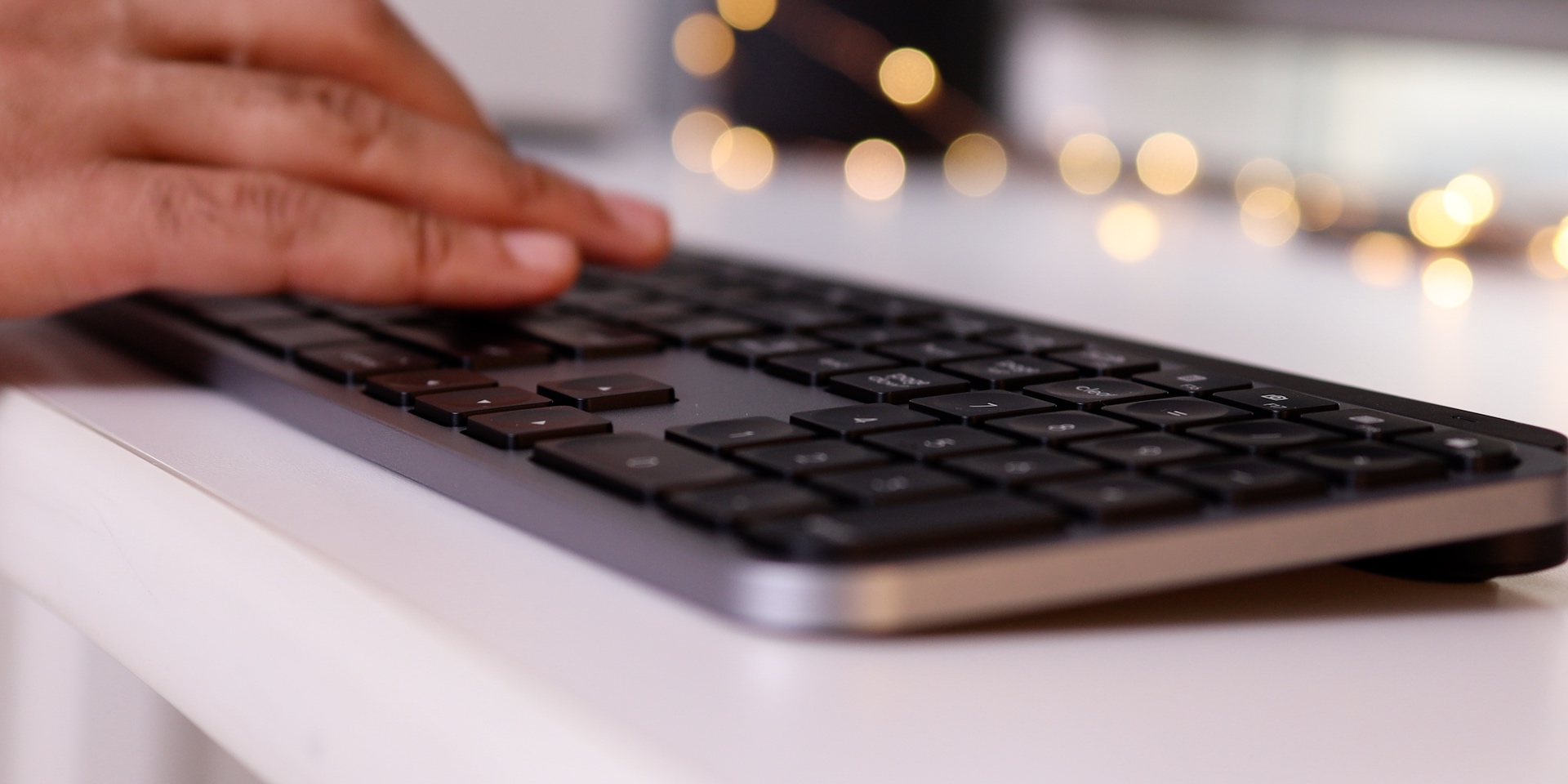 One of my favorite features found on the MX Keys is Smart Illumination. Thanks to built-in hand proximity sensors, the backlit keys automatically light up as your hands approach the keyboard. There’s also a built-in ambient light sensor that will automatically adjust the backlight based on present lighting conditions. 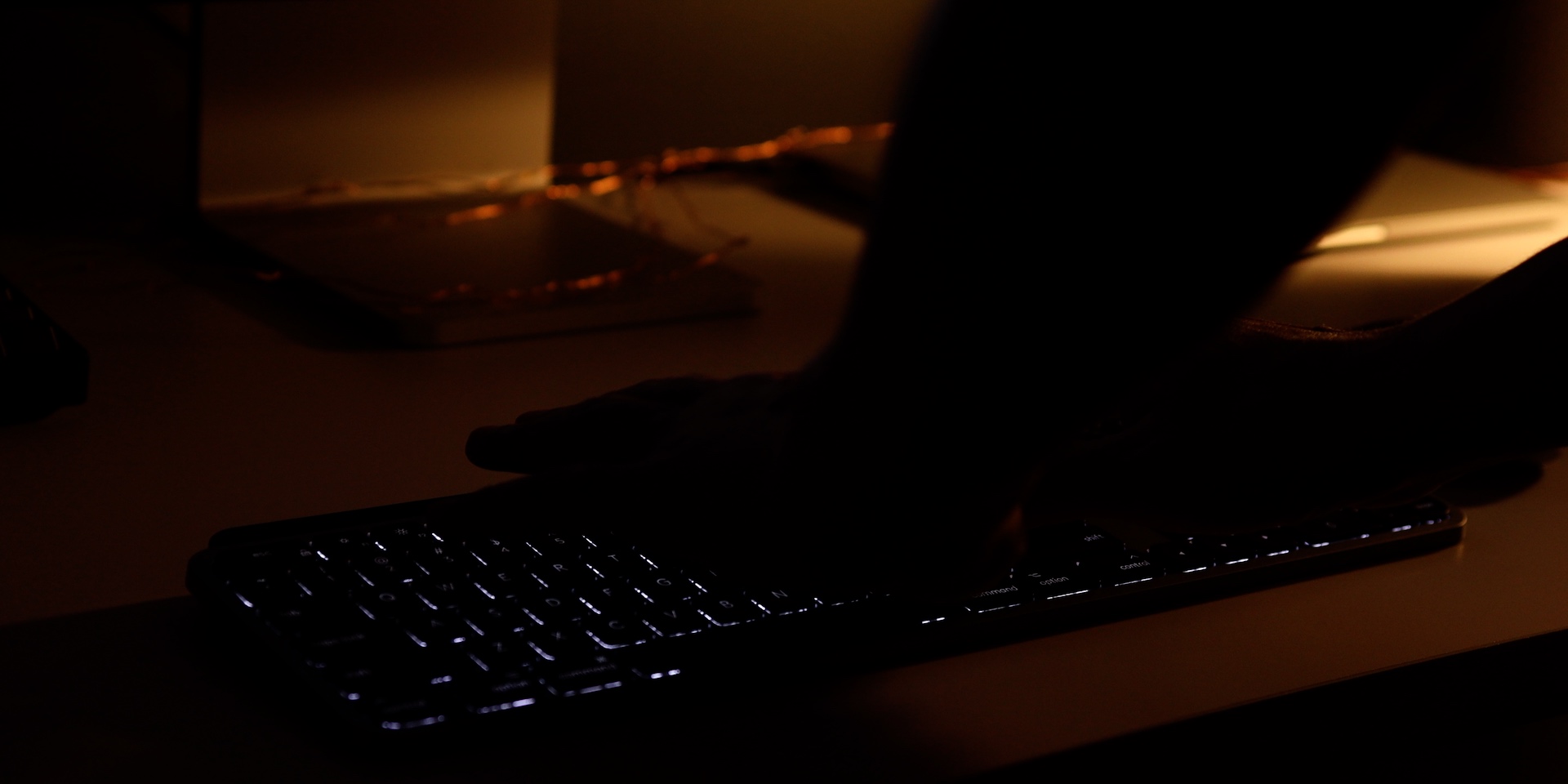 Last but not least, Logitech is launching the Multi-Device K380 for Mac, a minimalistic keyboard that’s ideal for travel and switching between multiple devices. 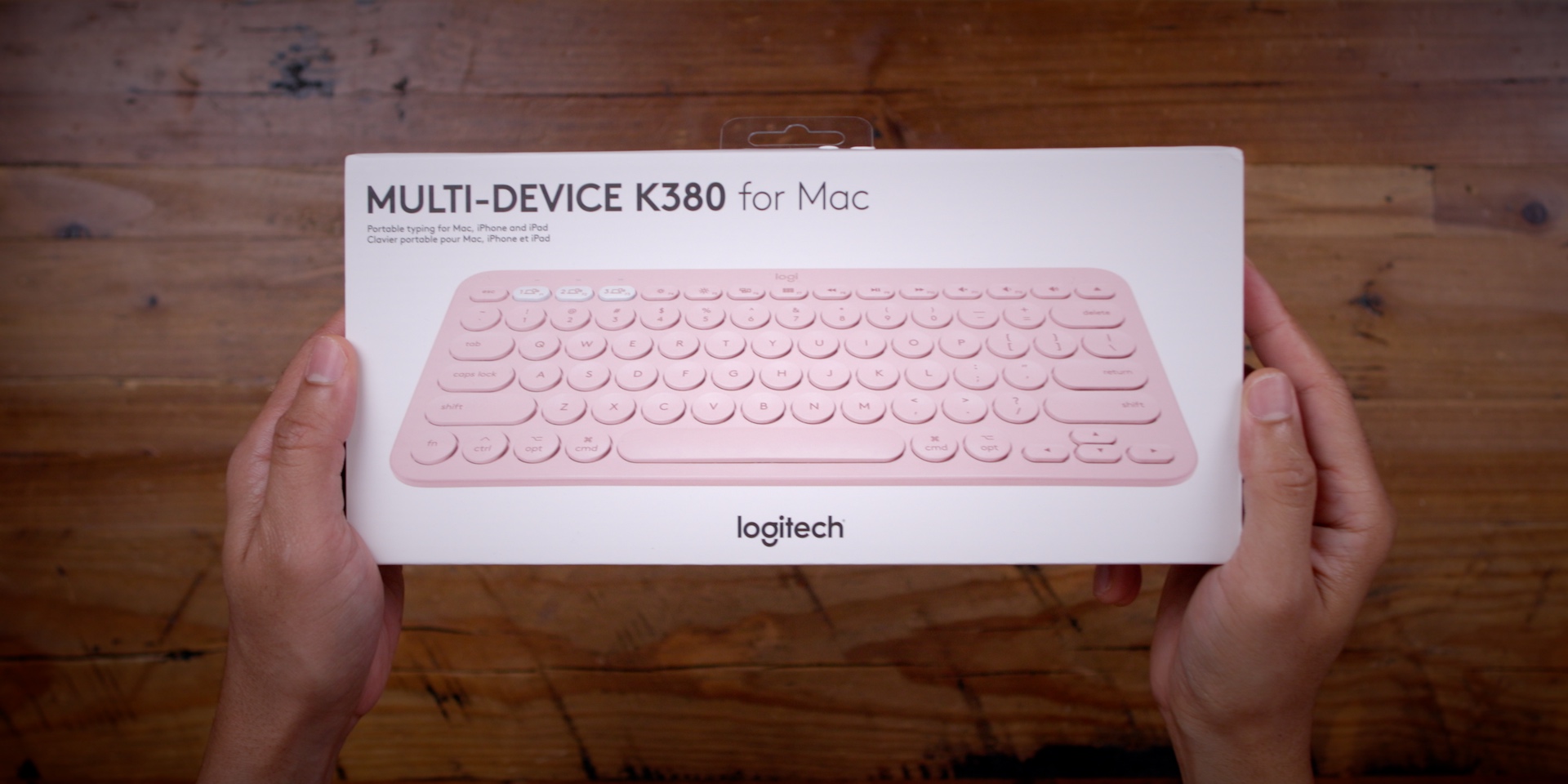 The K380 features unique rounded keys and is small enough to fit inside a laptop portfolio, backpack, or briefcase. It can connect to up to 3 devices and you can switch between those devices simply by pressing the corresponding device button. 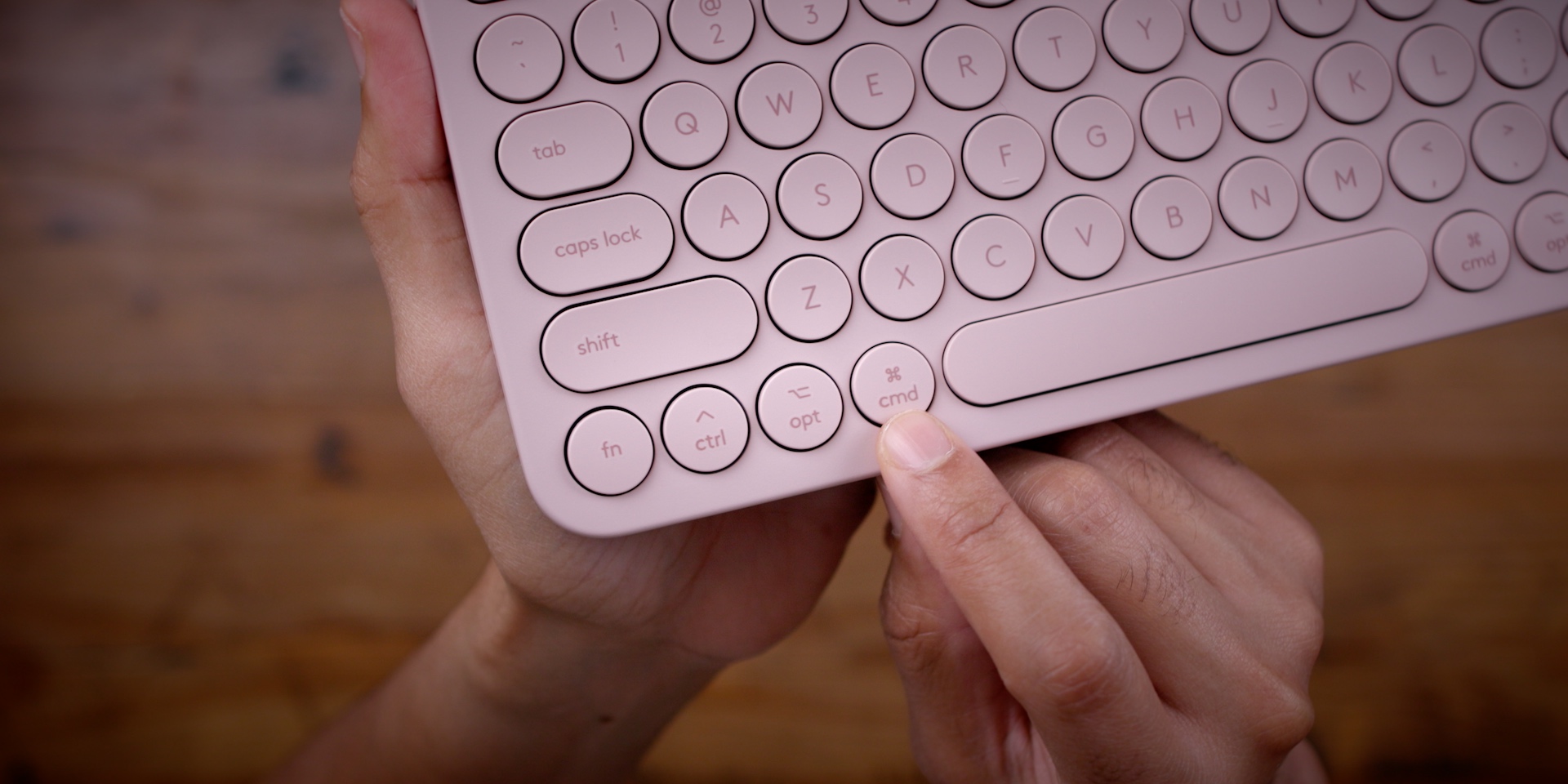 Seeing as the K380 is geared towards Apple users, there are Mac modifier keys for Control, Option, and Command built-in. There is also a shortcut function row feature Mac-friendly controls, and an inverted-T key that makes it each for touch typists. 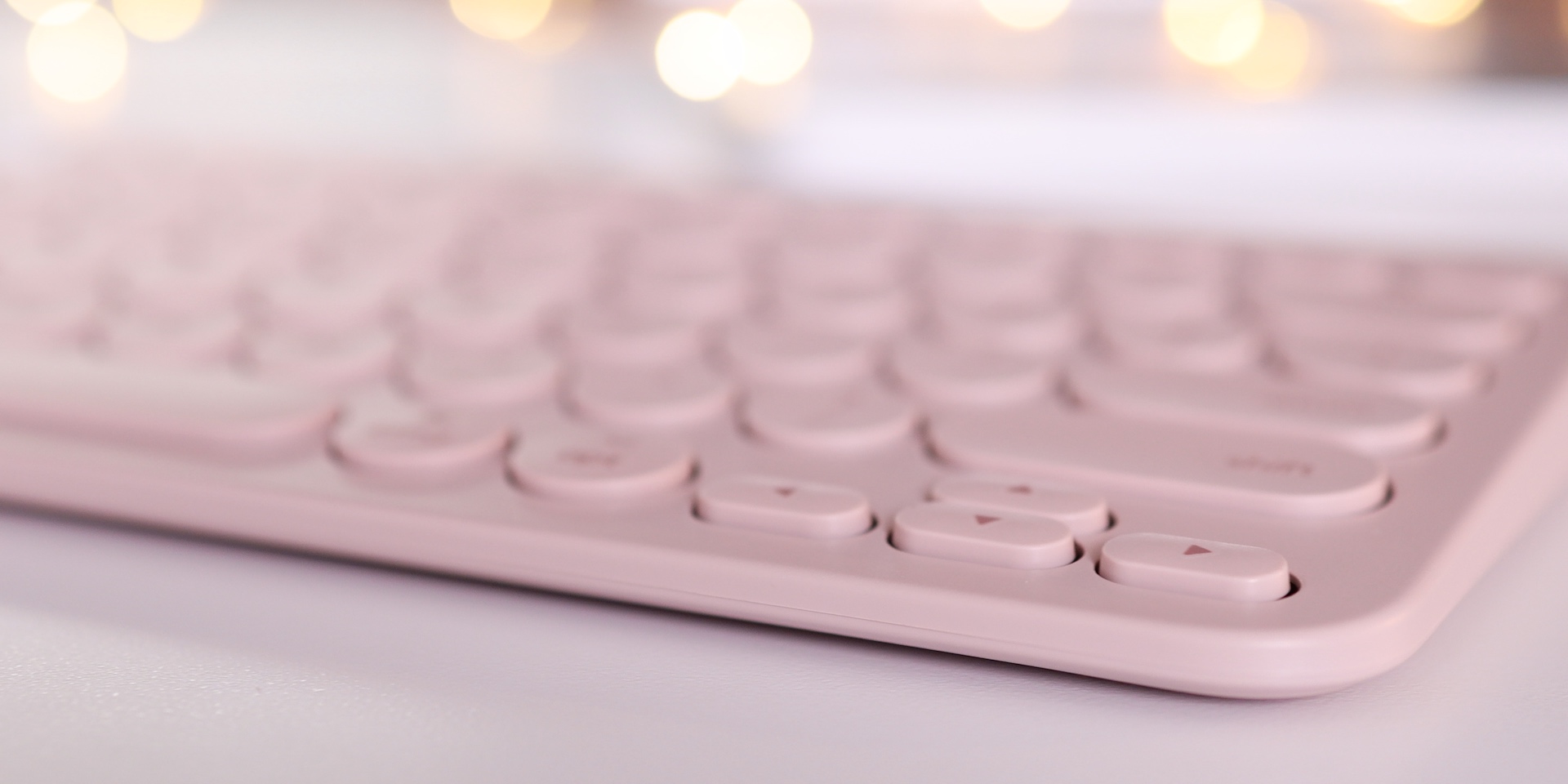 The K380 is by far the cheapest Mac accessory of the three launching today, coming in at just $39.99. If you’re looking for an on-the-go keyboard that won’t break the bank, then the K380 is a good choice.

The star of the show is, of course, the MX Master 3 for Mac. This is a legendary mouse that’s being specifically marketed at Mac users with its space gray color, USB-C to USB-C charging cable, and Apple Store-friendly packaging. But outside of all of that, this mouse is proven to not only be highly functional in apps like Final Cut Pro X, Adobe Premiere Pro, Photoshop, Affinity Designer, etc, but it’s also extremely ergonomic, certainly more so than Apple’s Magic Mouse. 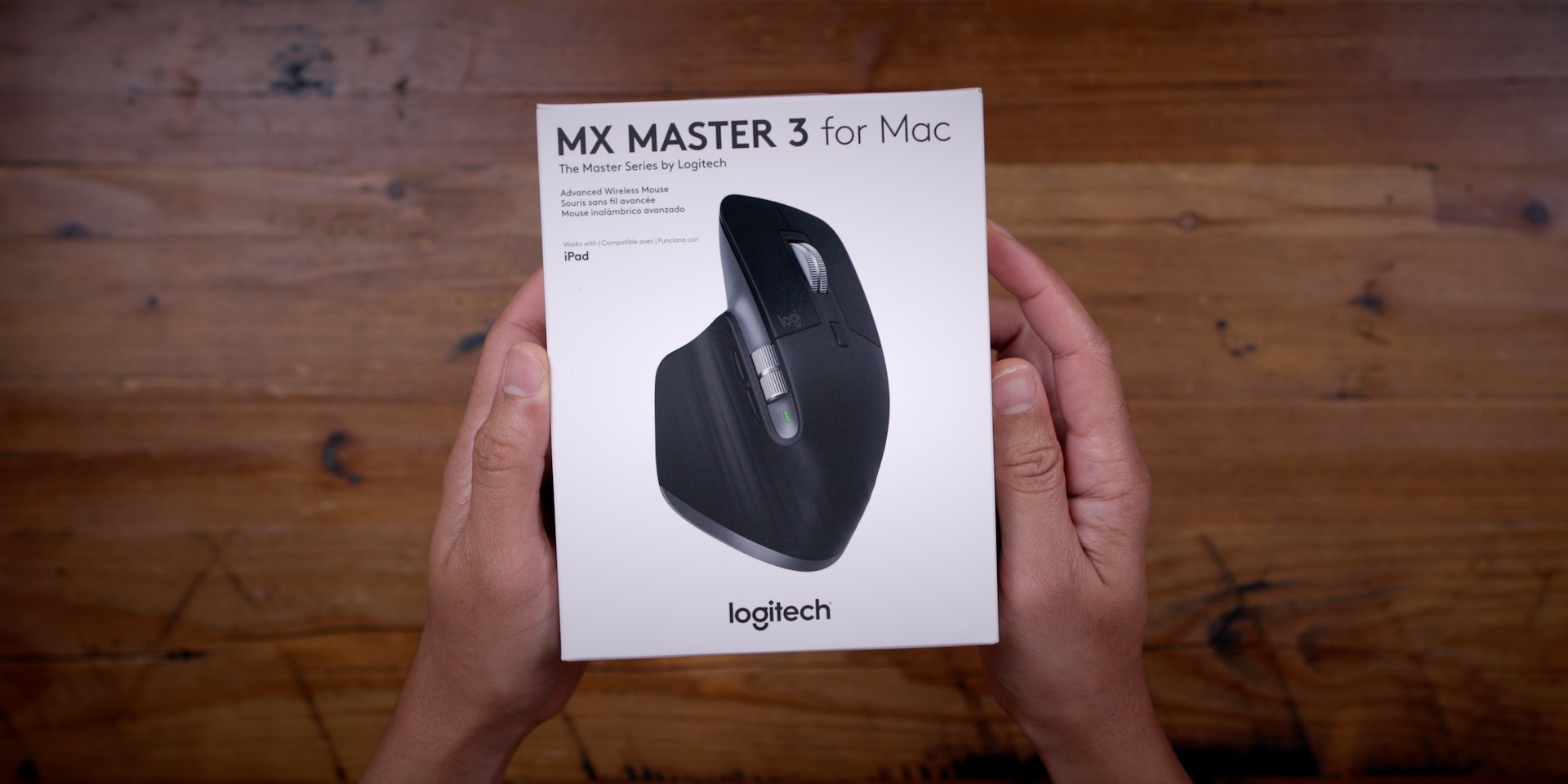 The one trade-off is that by switching from the Magic Mouse to the MX Master 3, you’re giving up the smooth and effortless gesture control made possible by the blank touch surface on top of the Magic Mouse. For avid Magic Mouse fans, that may be too much of a sacrifice, but I think it may be worth considering if you’re in need of a mouse that fits the natural design of the human hand.

And with the MX Keys is kind of the same story when it comes to ergonomics. I prefer typing on the MX Keys, with its concave keys and excellent key travel, when compared to the Magic Mouse with numeric keyboard. It’s not that the Magic Keyboard is bad, but the MX Keys is more comfortable to type on, can be connected to multiple devices, and works via Bluetooth or the included USB dongle. 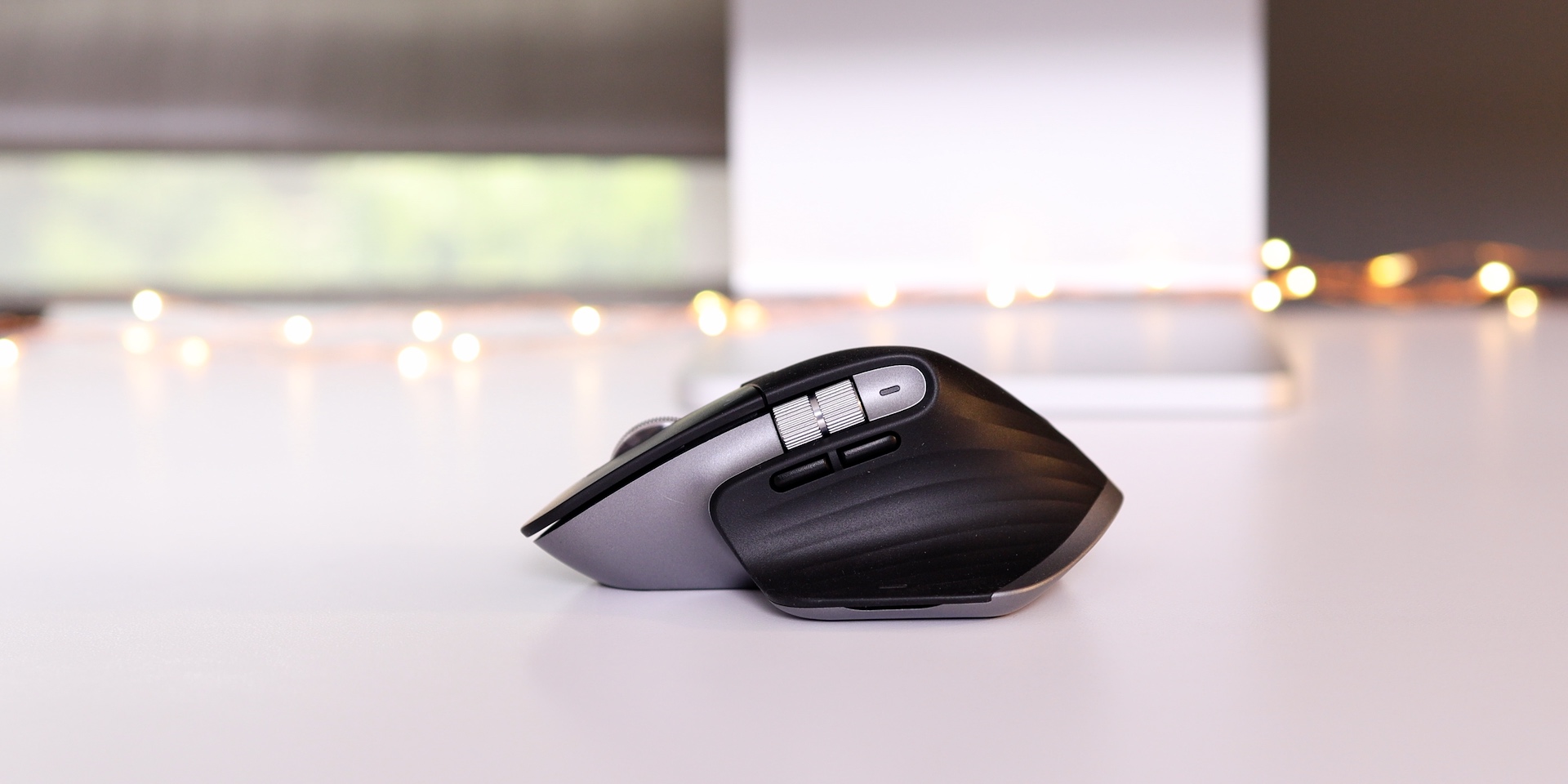 Unlike the Magic Keyboard, the MX Keys comes with an intelligent backlight that turns itself off when you step away,. and will automatically sense your hands when you’re ready to type. This, combined with the built in ambient light sensor, do a good job of automatically managing the backlight.

My biggest gripe with the MX Keys is that the keyboard is comprised of plastic rather than aluminum. To be honest, it’s hard to even tell this is the case without physically touching the keyboard, but for those that prefer the aluminum found on the Magic Keyboard, this may be a negative. Fortunately, the quality of the plastic and the weightiness is substantial, and the MX Keys is very stable to type on.

As for the K380, it’s the cheapest keyboard of the bunch. If you need a keyboard to travel with and/or a keyboard that you can quickly switch between Macs and iOS devices, then it’s worth considering. I especially think it might do well connected to a Mac mini/TV setup, or an Apple TV setup. 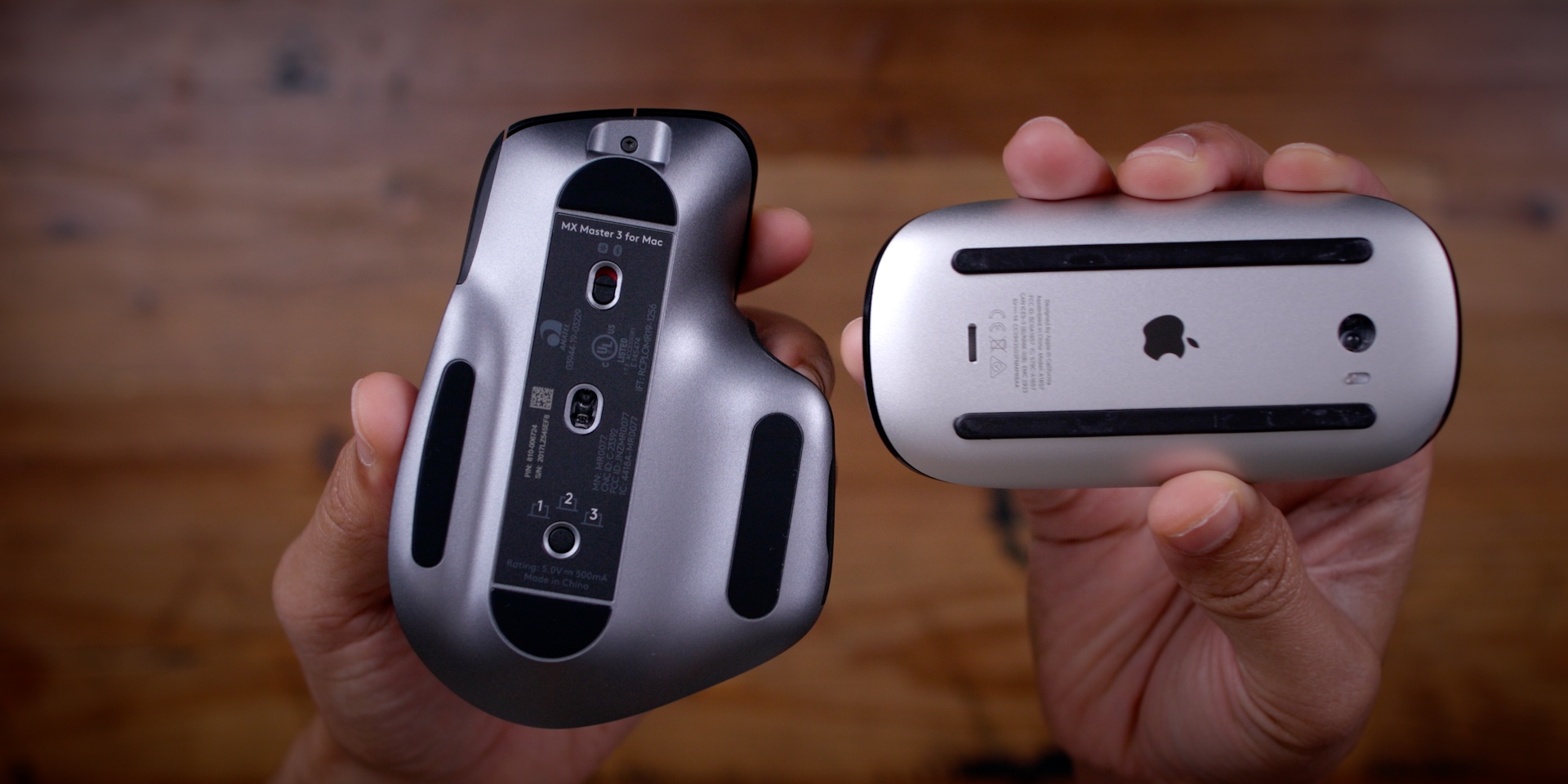 What sort of mouse/keyboard combination are you currently using? Would you consider any of the aforementioned Logitech offerings? Sound off down below in the comments with your thoughts. All 3 products are available at Logitech.com