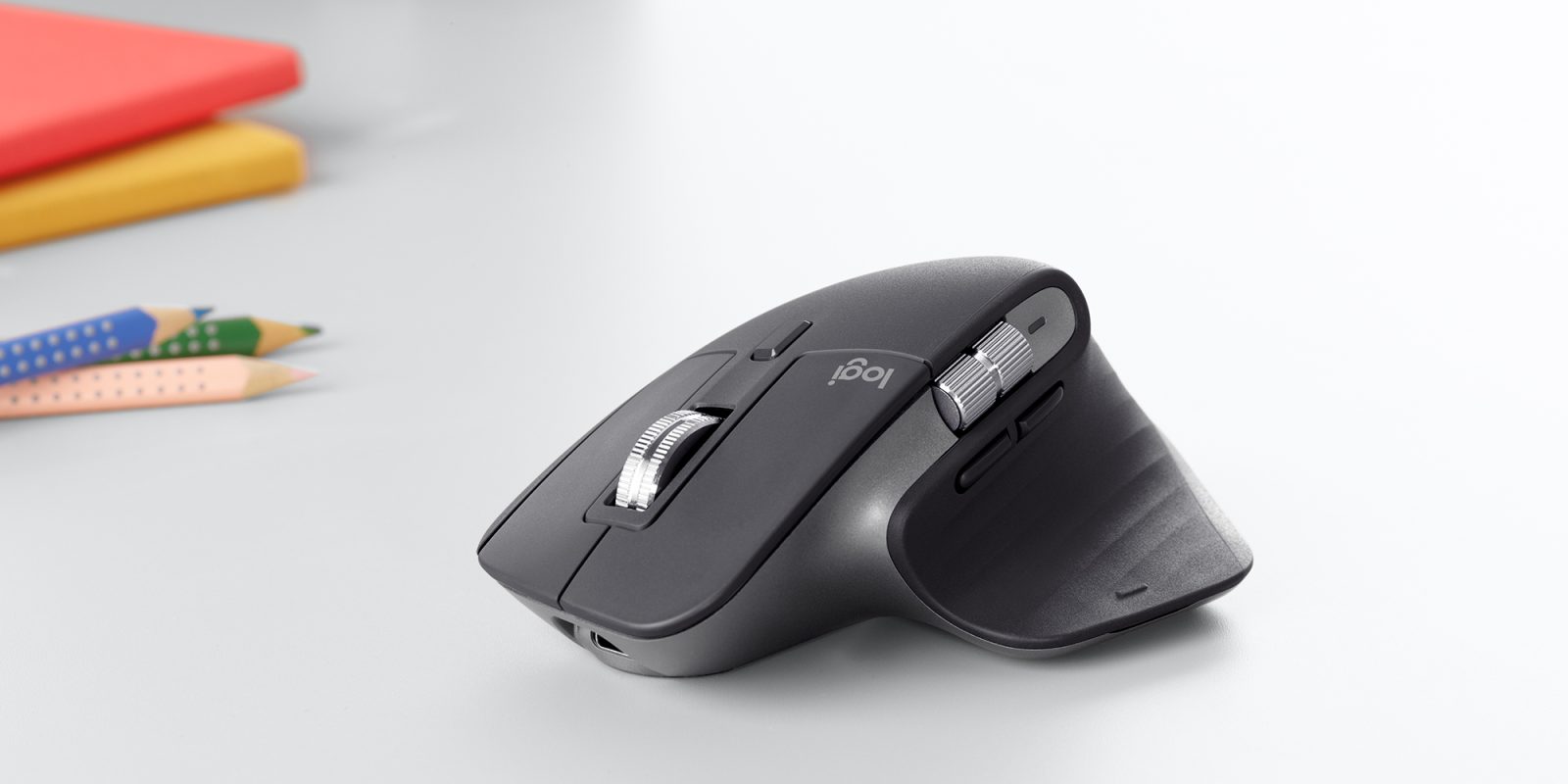 Logitech has now officially unveiled the latest generation of its popular MX lineup. Today’s announcement delivers the new MX Master 3 wireless mouse and MX Keys wireless keyboard. Building on its strong tradition of customization and ergonomic design, Logitech’s third-generation goes heavy on premium materials and software upgrades. That includes button-specific actions on a per-app basis, which is sure to excite loyal customers looking to take productivity to a whole new level and full-on adoption of USB-C.

I have been able to try out both the new MX Master 3 and MX Keys for nearly a week now. Initial returns are positive for this long-time Logitech user, but small tweaks on the surface may leave some hesitant to upgrade.

The latest from Logitech continues the brand’s push toward creating a suite of products meant to be used in tandem for increased productivity. Today’s announcement pairs a new MX Keys keyboard alongside the beloved MX Master 3. Logitech places the keyboard squarely in the middle of the lineup, below the high-end Craft and above its entry-level keyboards pointed more toward the budget crowd.

Features made popular on the previous-generation model like Logitech FLOW remain, but the biggest software updates come with a new version of Logitech Options for Mac and PC. Apple users will continue to find it within System Preferences featuring a new focus on customization on a per-app basis. For example, in Chrome, buttons are automatically assigned based on common tasks. The same can be said for Final Cut Pro, Microsoft Office, and various other popular apps. Of course, user-defined customization remains as one of the MX Master’s strong points. 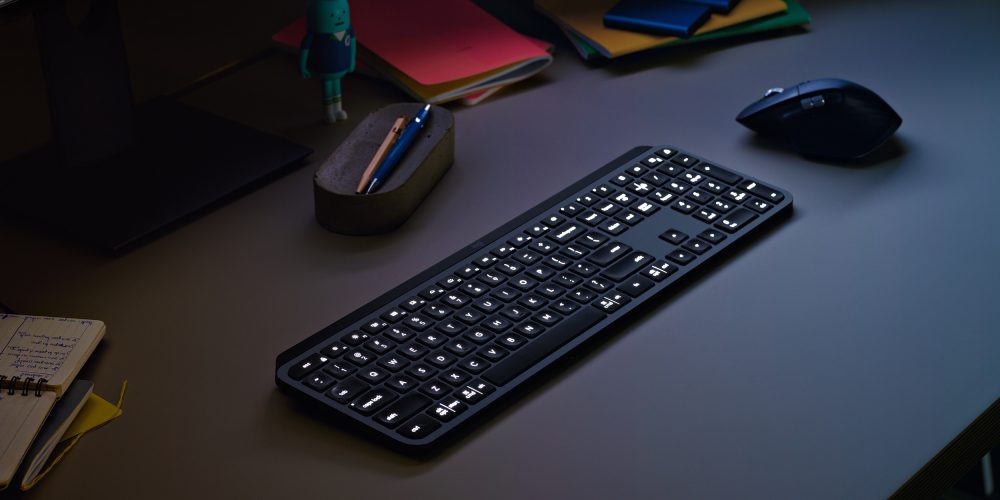 A matching aluminum space gray design is front and center for both of today’s new releases. I’ll get into device-specific features more in the hands-on section below, but the inclusion of USB-C on both the MX Keys and MX Master 3 are welcome additions.

Logitech is making both devices available at Amazon and its storefront for $99.99 each. The added MX Palm Rest is an additional $19.99, serving as a standalone add-on for the MX Keys.

The previous generation MX Master 2S arrived alongside the portable Anywhere 2S over two years ago. Logitech departed from that upgrade cycle this time around, delivering just the desktop version of its high-end wireless mouse. MX Master 3 sports the familiar sculpted design but adds USB-C charging and fully-metal components to the mix.

Going with upgraded materials has allowed Logitech to deliver even better performance on the click-wheel, covering an astonishing 1,000 lines of content in just one second. Fans of the MX Master click-wheel will still get that satisfying feel but gone are the days of a loud scrolling sound. Instead, everything functions a bit quieter on the third-generation model without sacrificing performance. That’s largely due to a magnetic field which is created by the introduction of metal components. Logitech claims it’s this feature that allows for even smoother scrolling than the previous generation and that eye-popping 1,000 lines number I referenced before. 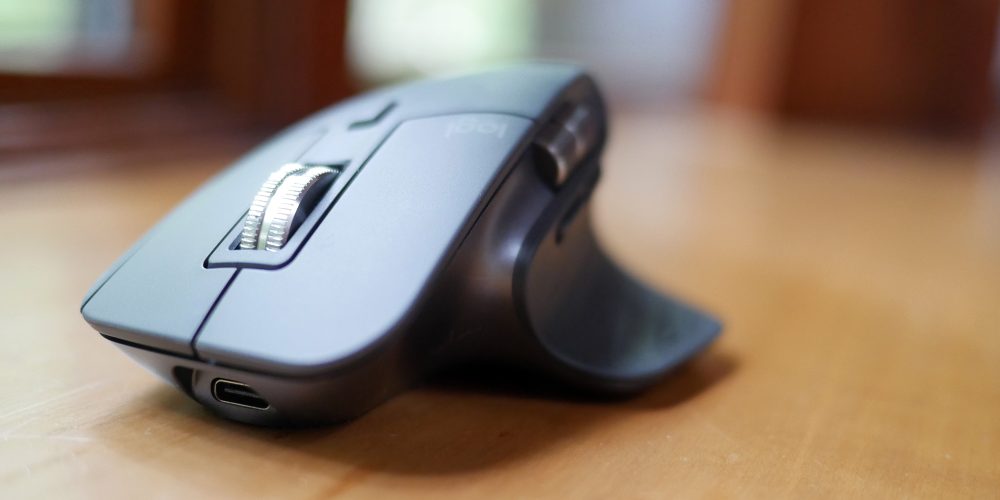 In-use, the latest MX Master 3 feels very similar to previous generations. Each upgrade mentioned above is arguably somewhat incremental if you’re already using the 2S but combine to make today’s release feel like a notable step forward. It’s a great product made even better thanks to a solid build quality, enhanced customization features, and the adaptation of USB-C. While my testing has been limited to one week, Logitech claims there will be 70 days of total battery life on a full charge.

If you’re already using a Logitech MX Master 2S, the third generation may not be an absolute must-have. Otherwise, it’s easy to recommend the MX Master 3 as a necessity for power users looking for a customizable and premium experience. There’s no official customization just yet for iPadOS but it of course functions well within the beta. It would be exciting to see Logitech bring more features to market as iPadOS hits the mainstream later this year.

Here’s my right upfront disclaimer on this keyboard and any other: everyone likes their keyboard, and trying a new one isn’t easy. For me, I’m a long-time user of Das Keys’ mechanical keyboards. So departing to a more slimmed-down version without that long-press feeling is going to be a change.

MX Keys has stellar build quality with an excellent backlight that adapts based on ambient lighting and a movement-detecting sensor. Its space gray shell looks great next to my Mac mini and all the Mac (and PC) keys and functions you’d expect are in place. Multi-device connectivity is also present, just like the MX Master 3 above, making it easy to switch between Mac and iPad.

Overall, I found the keys to be somewhat slippery and I missed that long-press found on my daily driver mechanical keyboard. MX Keys is largely the same as the Craft keyboard released by Logitech previously, short of the high-end customizable action buttons and scroll wheel. Its $99.99 price tag feels a bit steep but on-par with its place in the brand’s hierarchy of products.

Logitech continues to be the leader in the clubhouse when it comes to productivity and design cues. The MX Master 3 is a stellar step-forward in both design and practice as one of the most premium mouse options on the market today. MX Master Keys is a suitable companion but isn’t as much an instant-buy if you’re happy with your current keyboard setup. Overall, today’s news arrives as an incremental step forward for the brand highlighted by premium materials and thoughtful software upgrades.