NightWare is a prescription-only Apple Watch app for PTSD 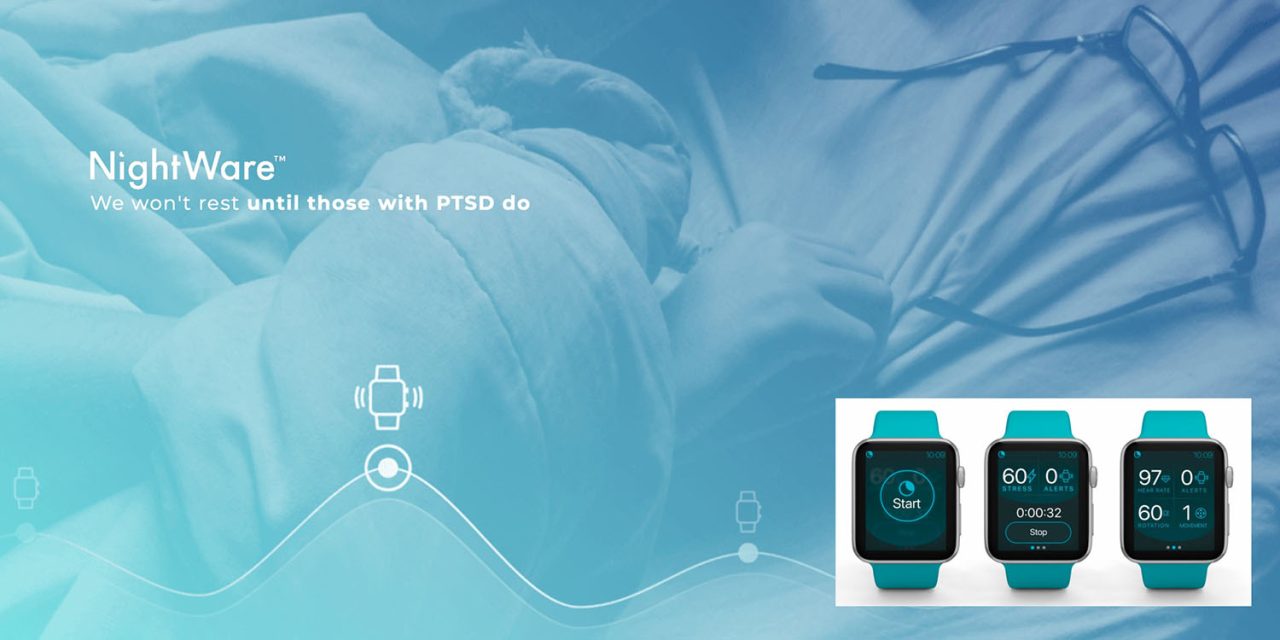 In the list of phrases I never expected to use, ‘prescription-only Apple Watch app’ ranks pretty highly – but that’s exactly what NightWare is.

The app aims to disrupt nightmares caused by post-traumatic stress disorder (PTSD), and has been granted FDA approval under an accelerated scheme designed for lower-risk treatments …

PTSD is a disorder suffered by some of those who have experienced traumatic events like disasters and violence, with nightmares and other sleep problems a common symptom.

The FDA has approved the app after the completion of small-scale clinical trials.

The U.S. Food and Drug Administration permitted marketing of a new device intended for the temporary reduction of sleep disturbance related to nightmares in adults 22 years or older who suffer from nightmare disorder or have nightmares from post-traumatic stress disorder (PTSD). The device provides gentle vibration through touch based on an analysis of heart rate and motion during sleep.

“Sleep is an essential part of a person’s daily routine. However, certain adults who have a nightmare disorder or who experience nightmares from PTSD are not able to get the rest they need. Today’s authorization offers a new, low-risk treatment option that uses digital technology in an effort to provide temporary relief from sleep disturbance related to nightmares,” said Carlos Peña, Ph.D., director of the Office of Neurological and Physical Medicine Devices in the FDA’s Center for Devices and Radiological Health […]

The FDA reviewed the device through the De Novo premarket review pathway, a regulatory pathway for low- to moderate-risk devices of a new type […]

NightWare is available by prescription only and is intended for home use.

The ‘device’ in this case comprises an Apple Watch and the NightWare app. It works by using vibrations to partly disrupt sleep when body movement and heart-rate indicate that a nightmare is in progress. The vibrations are intended to be enough to stop the nightmare without waking the wearer.

The company says that the algorithms adapt to each individual both in terms of detection and the amount of vibration required. It says that the learning process typically takes up to 10 days.

NightWare is an application on an Apple Watch that helps people suffering from traumatic nightmares to get a more restful night’s sleep. It is a wearable technology that learns your sleep patterns and customizes a treatment for each individual, interrupting nightmares so you can get an uninterrupted night’s sleep […]

The watch app monitors the individual while sleeping. The app continuously collects heart rate, accelerometer, and gyroscope data and uses it to compute a stress threshold. If the stress threshold exceeds a learned threshold for the individual, the app intervenes by vibrating. The app starts with a low-intensity intervention. If that does not have the desired result, the app increases the intervention intensity. The goal is to arouse, but not awaken the individual. The watch app also sends the collected data to a secure cloud service to facilitate review by a healthcare professional.

The NightWare website has not yet been updated, but it’s likely that details of how to find out whether you qualify for a prescription will be added soon.