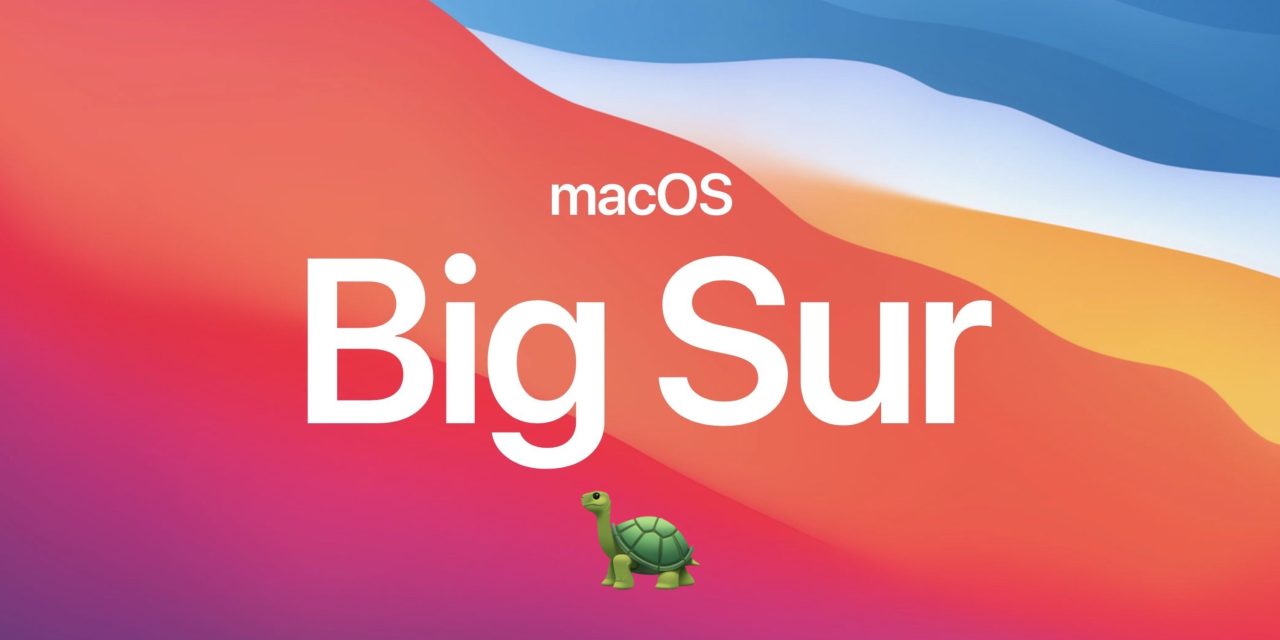 Apple just released its major macOS update with Big Sur. While downloads are often slow with the large file and many users trying to get the software at the same time, it looks like download times are particularly slow this year and are failing in many cases. Meanwhile, it seems that Apple’s Developer website is down as is iMessage and we’re even seeing macOS Catalina performance impacted.

11/15: We’ve learned the technical details behind why macOS Catalina and earlier users saw performance problems during Apple’s server issues, check it all out here.

11/13 – 7:45 AM PT: We’ve seen reports of Big Sur installation failures drop significantly and readers are starting to share more reports of success. As mentioned below, some are having better luck with initializing the download/installation from the Mac App Store.

7:30 PM PT: We’re still hearing from many readers that trying to install Big Sur errors out. However, some are seeing success by downloading and installing it directly the from Mac App Store (instead of with the software update option through System Preferences/About this Mac).

3:20 PM PT: Even after Apple sharing the macOS software update problem has been fixed, users are still seeing an error after Big Sur is downloaded preventing it from being installed. It looks like it will take more time before this is fully ironed out.

2:45 PM PT: Apple says the macOS software update issue has been resolved (along with all other user-facing services that saw outages today). Kudos to all the Apple engineers who no doubt worked under big pressure to fix the issues quickly!

2:19 PM PT: Apple Card and Apple Pay issues are now fixed as well as iMessage and the ID Notary Service.

Developer Panic shed more light on how the server issue rooted in Gatekeeper has affected third-party apps previously shared by Jeff Johnson below:

Update 1:20 PM PT: If you’re seeing your Mac that’s running Catalina experiencing major slowdowns and apps not opening, you’re not alone. It looks like an issue with an Apple server connection. Here’s how to fix it:

Update: 1:10 PM PT: Apple has confirmed the issue with downloading macOS Big Sur on its System Status page saying “Users may not be able to download macOS Software Updates on Mac computers. The issue is currently being investigated.”

Apple also added iMessage to the list of services seeing an outage.

Apple Pay and Apple Card are now down as well.

macOS 11 Big Sur is roughly 12GB in size and will take a bit to download. But even users with fast to very fast internet service are seeing estimates of 12+ hours all the way up to 7 days in some cases. That points to the issue likely being on Apple’s end.

We’ve also heard from many reporting that the download fails and having to start over or that it completely downloads and then kicks out an error.

At the same time, Apple’s Developer website seems to be inaccessible which could be related to the very slow pace of macOS Big Sur downloads.

We’re also hearing complaints from many that the Apple TV app is slow at the moment. Apple’s System Status page doesn’t mention anything about macOS Software Update issues or Apple TV app for now, however, it does say Apple Maps navigation and traffic features are currently down.

Are you seeing similar issues with downloading Big Sur or other Apple apps? Let us know down in the comments!