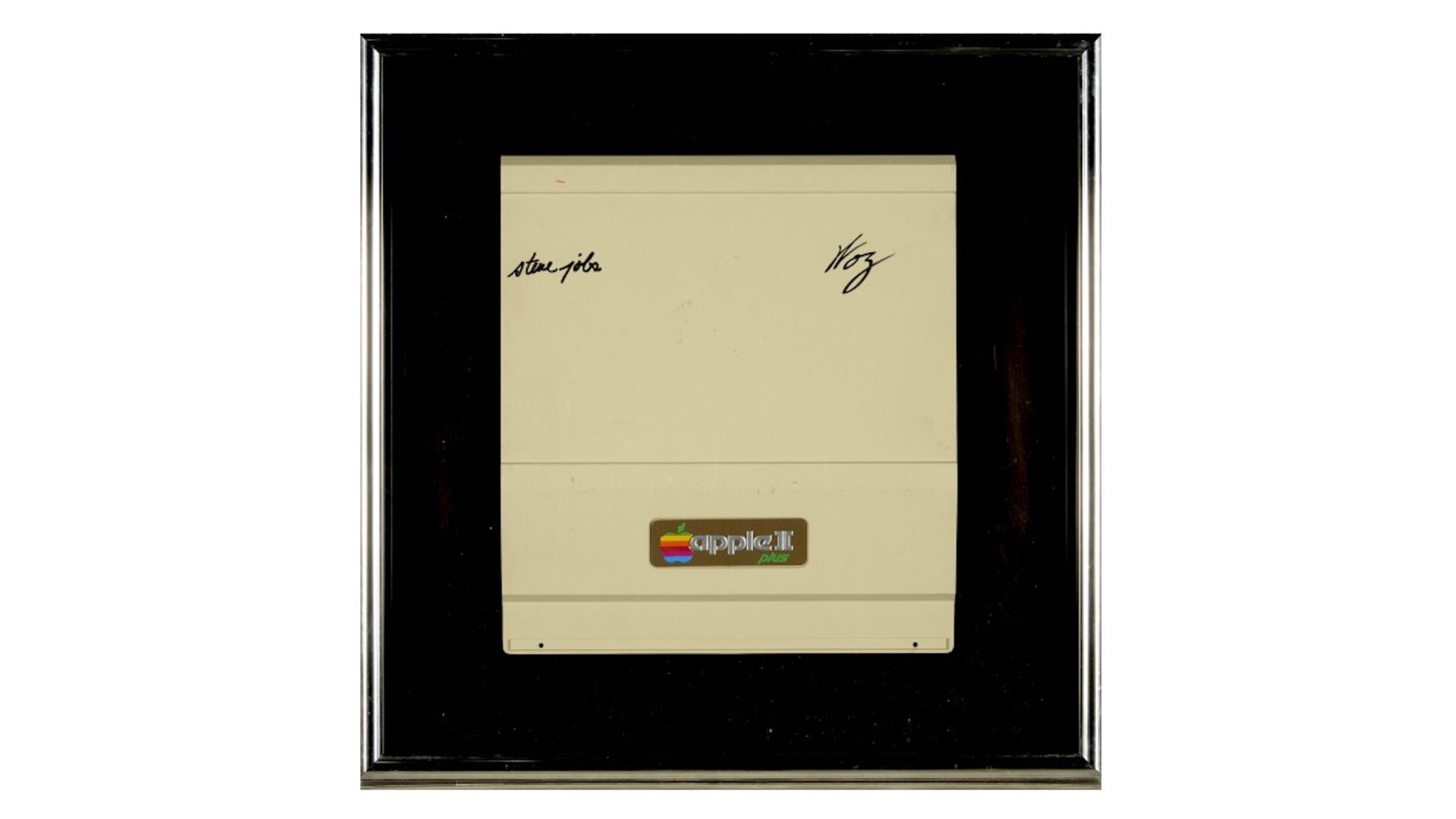 A rare lid of an Apple II Plus signed by Steve Jobs and Steve Wozniak will go up for auction in two weeks at the Doyle. The signed lid is expected to fetch at least $20,000, the auction house predicts.

Doyle provides some backstory on the origin of the signed Apple II Plus lid:

The recipient of this inscription, Thomas Earl Neudecker II, earned his PhD in Social Work from University of Colorado, Boulder. He went on to teach at the University of Pittsburgh. While there he ran research projects pertaining to the effects of technology in K-12 schools, as the personal computer became more affordable for public schools.

Memorabilia signed by both Steve Jobs and Steve Wozniak is quite rare. This particular item was signed by Jobs and Wozniak at a reception following the 1984 announcement of the Macintosh:

In 1984 Neudecker represented the University of Pittsburgh at the January 24th “unveiling” event for the new Apple Macintosh computer. At the reception following, attended by the founders of Apple, he made it a point to meet Steve Jobs and Steve Wozniak. In preparation for this he carried the lid from the family Apple II Plus in his briefcase. When he met them he had them sign the lid. It became a prized possession, and he had it framed and hung it in his home office.

The Apple II Plus lid signed by Jobs and Wozniak will officially go up for auction next week on Tuesday, November 24, at 10 a.m. ET. You can learn more in the full auction house listing on the Doyle website here.