Comment: Why Final Cut Pro users should be excited about Apple silicon [Video] 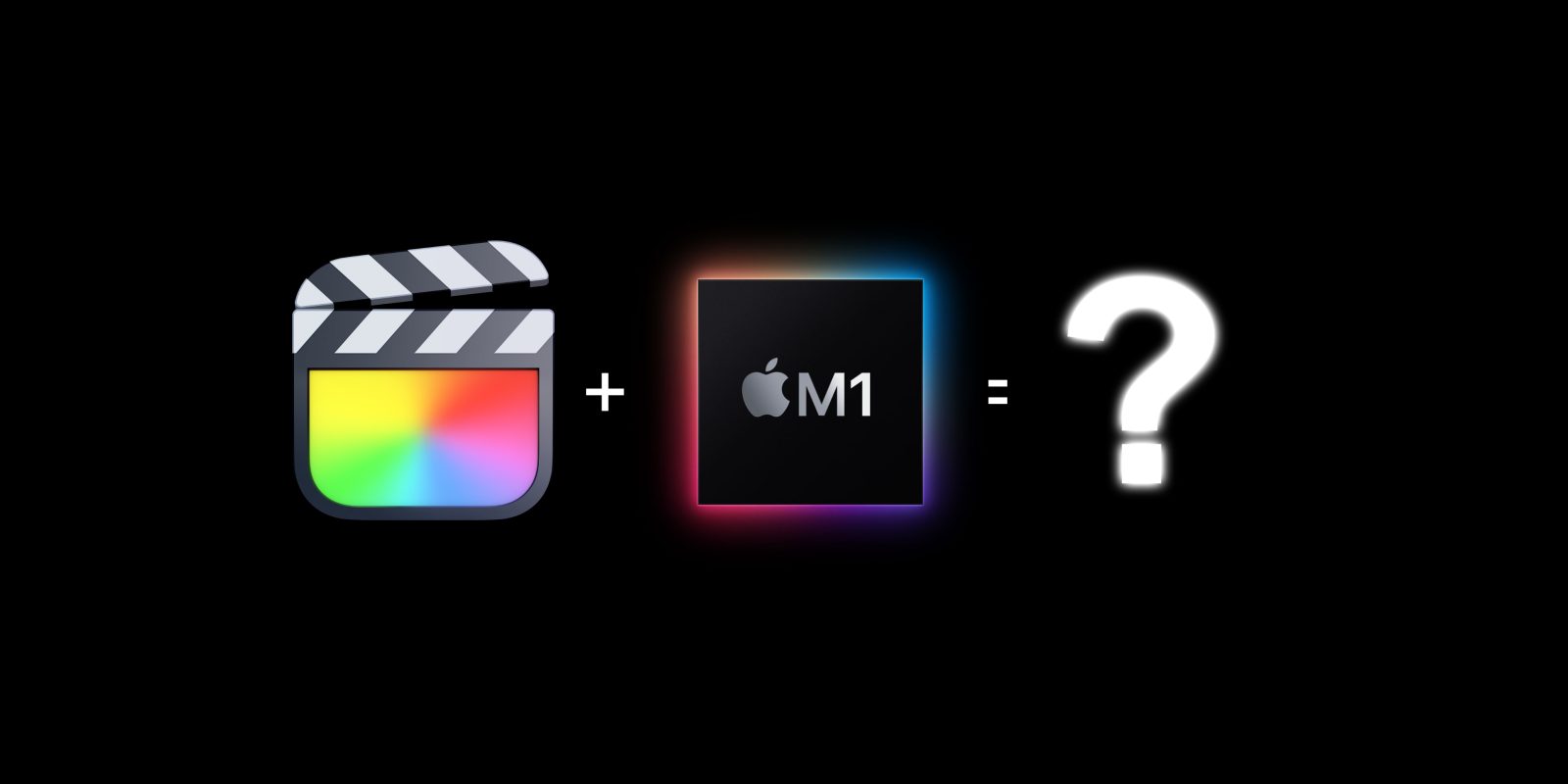 Last week Apple unveiled the first three Macs powered by Apple silicon. The new MacBook Air, 13-inch MacBook Pro, and Mac mini are all powered by the same M1 system on a chip, meaning that we should expect similar performance from all three machines.

Although there are still a lot of questions about how these Macs will perform in real-world usage, it’s already fairly evident that these machines will be a boon for Final Cut Pro users and creative professionals in general. With the review embargo likely dropping Tuesday and customers scheduled to receive their new Mac hardware the same day, we should know much more tomorrow.

Apple’s M1-powered Mac hardware is still young, but anyone who dismisses these new Macs as mere toys needs to remember the trajectory of other Apple products like the iPad, iPhone, and Apple Watch. These products started “slow” out of the gate, but they are all now best-in-class from a performance perspective.

Because of the foundation already laid, we aren’t going to have to wait several generations to see the immediate impact of Apple’s silicon prowess on the desktop. The November Mac event made it clear that, out of the gate, these Macs would feature head-turning performance. For creatives, these Macs have the potential to be special, even if the initial products possess inherent design limitations.

The iPad Pro tried to tell us

For several years now, the iPad Pro — and, to a lesser extent, the iPhone — has possessed the sort of processing and graphics power that could rival some of Apple’s Intel-based Mac laptops. Reviewers have waxed about the sheer power of the iPad Pro for years but were often disappointed because there weren’t a lot of opportunities to put the wheels to the ground, so to speak.

With the release of the Magic Keyboard for iPad Pro and iPadOS 14, Apple has worked hard to give users more of an opportunity to take advantage of the hardware capabilities of the iPad Pro, and most people will agree that it made strides in this area.

But the iPad still lacks the sort of windowed-based workflow, I/O and peripheral interconnectivity, and professional software that would truly allow all of the horsepower possessed by the iPad Pro to be put to use. That’s not to say that the iPad will never get there, but it’s still behind the Mac as of now.

What the iPad Pro got right — and what the Mac could never compete with up until now — was the complete top to bottom integration enjoyed by modern iOS devices.

With these new Macs, Apple makes the hardware, it designs the CPU, GPU, Neural Engine and various system controllers, it develops the operating system, and it develops pro apps like Final Cut Pro and Logic Pro. This allows all of the software and hardware components to work together in such a way that no other PC manufacturer can replicate. It allows an app like Final Cut Pro to be optimized to run at its full potential.

Why videos editors should be excited about Apple silicon

Let’s just take this one example. I shot a 45-second 8K H.265 (HEVC) video with my Canon R5. This video, when imported into Final Cut Pro running on a 28-core Mac Pro with two discrete GPUs (Radeon W5700X and AMD Radeon 580 Pro), 24TB SSD, and 512GB of RAM, struggles to play back this clip at full resolution, and that’s before any sort of effects were applied.

Exporting this transcoded clip back to H.265 using Compressor for upload to YouTube takes just as long, over 3 minutes. It’s a painful process, and this is using Apple’s halo machine, a semi-decked-out Mac Pro that’s more expensive than the M1-powered $999 MacBook Air by several orders of magnitude.

Now compare that with the A12Z-powered iPad Pro. It’s more or less the same iPad that Apple’s been shipping since 2018, so it’s far from cutting-edge. Yet, as you can see from our video, it handles the highly-compressed codec video like a champ, playing back smoothly without needing to transcode.

Granted, the Mac Pro might destroy the iPad Pro in other areas, but for a task like editing H.265, the performance difference is notable, especially when you consider the huge gulf in price that separates the two machines.

It’s not just the encoding/decoding properties that will impress, but it’s the whole system on a package, including the 7 or 8-core GPU, the 16-core Neural Engine, and the unified memory architecture. The Neural Engine is particularly promising when you think about the possibilities of it allowing better automatic transcriptions for captions, enhance censoring of sensitive content, and more. Mix in all of the additional elements, like the SSD controller, ISP, and others, and we have a machine that can be optimized to seek out the best performance, even in a chassis like the MacBook Air with no fans and low power draw.

The future is bright

The Apple M1 is a more powerful chip than the A12Z, and it sits inside of a computer chassis that’s ideal for the task at hand. Its running software, Final Cut Pro, just updated to a Universal app for M1 compatibility, that can fully take advantage of its strengths. How well do you think it’s going to perform? Fortunately, we won’t have to guess much longer.

Reviewers no-doubt already have the new M1-powered Macs in hand, and I know it’s paining those who love Final Cut Pro not to be able to talk about the kind of performance advantages that they’re already seeing. Fret not, because you’ll only need to wait one more day before you can gush over the performance. No doubt we’ll see comparisons to all of the top Intel-powered Mac hardware when reviews drop tomorrow, and no doubt we’ll hear about how incredible the performance of these machines is.

And, folks, this is just Apple silicon 1.0. Think about how slow the original Apple Watch was, with its S1-powered system on a chip. Compare the first Apple silicon A4 chips in the very first iPad with the performance of the recently-released A14-powered iPad Air 4. What we see today with Apple’s M1-powered laptops is just a glimpse of the type of performance we’re going to see in the future.

All of Apple’s new M1-flavored Macs feature just two Thunderbolt 3 ports, including the Mac mini, which usually has four. It’s obvious that the M1 chip has some limitations in terms of I/O, and there may be other limitations that reviewers inevitably unearth in the days and weeks ahead.

But from a pure trajectory standpoint, I think that the launch of the M1 Macs makes it clear that Apple is confident about what its chips bring to the table. It marks an extremely exciting new chapter for creative pros who prefer Macs.

What are your thoughts on Apple’s new M1-powered Macs? Do you plan on purchasing one? Sound off in the comments below with your thoughts.

Update: it looks like we’ve already got the first taste of what’s in store thanks to a Weibo user (via MacRumors forums). The user reports impressive performance with 10-bit H.265 8K canon footage, the same type of footage I used to demonstrate in the video above. The new M1 Mac hardware won’t be perfect, but I think we’re in for something special, folks!