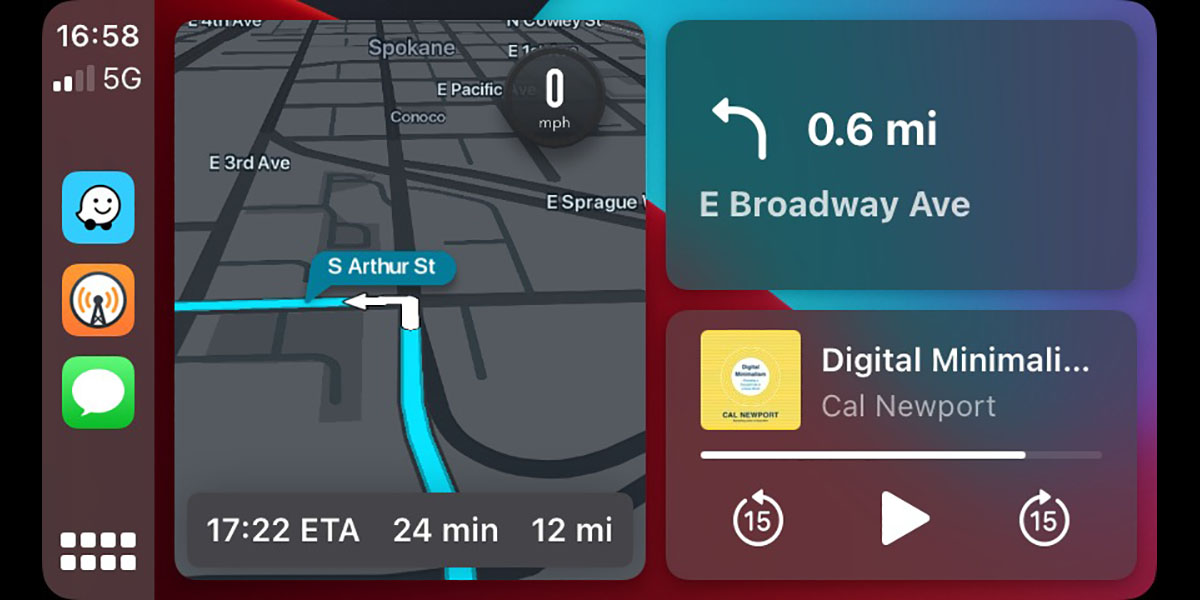 The beta test of Waze CarPlay Dashboard mode was apparently successful, as the feature is now rolling out in a new update to the release version after just a couple of weeks of testing.

Dashboard mode means that you can see Waze directions on your CarPlay home screen, alongside audio controls, meaning less need to switch between screens, which is safer as well as more convenient …

CarPlay Dashboard was initially limited to Apple Maps as part of iOS 13, before before later opening up to third-party apps. It came to Google Maps back in August, and The Verge notes that it is now rolling out for Waze.

If you use Waze and ever needed to take your eyes off the road to control your music alongside your maps, a new update is starting to roll out that should let you spend more time driving and less time fiddling with that touchscreen.

Before this update, if you wanted to change the song that was playing, you’d have to go to the Music app, press the next button, then make your way back to Waze. That could be anywhere from 3 to 6 taps on the screen, depending on if Waze was in the app launcher on the side. That’s a lot, especially if you’re going 70 miles an hour. Now, you can have both Waze, the next turn you need to take, and the music controls on the same screen, and changing the song will only take one tap.

The update also includes Lane Guidance, so you’ll know in advance which lane you need to be on multi-lane roads. Waze first announced this was on the way back in September. This is again a definite safety boon, as it reduces the number of drivers making last-minute lane changes. It also takes the stress out of complex navigation of complex intersections.

CarPlay integration will allow Microsoft Teams users to initiate and answer calls using the head unit in their car. You’ll also be able to use Siri to initiate calls hands-free with CarPlay.

In early 2021, Microsoft Teams will add support for transferring calls between mobile and desktop devices. For example, you’ll be able to begin a call on your iPhone, then transfer it to your Mac