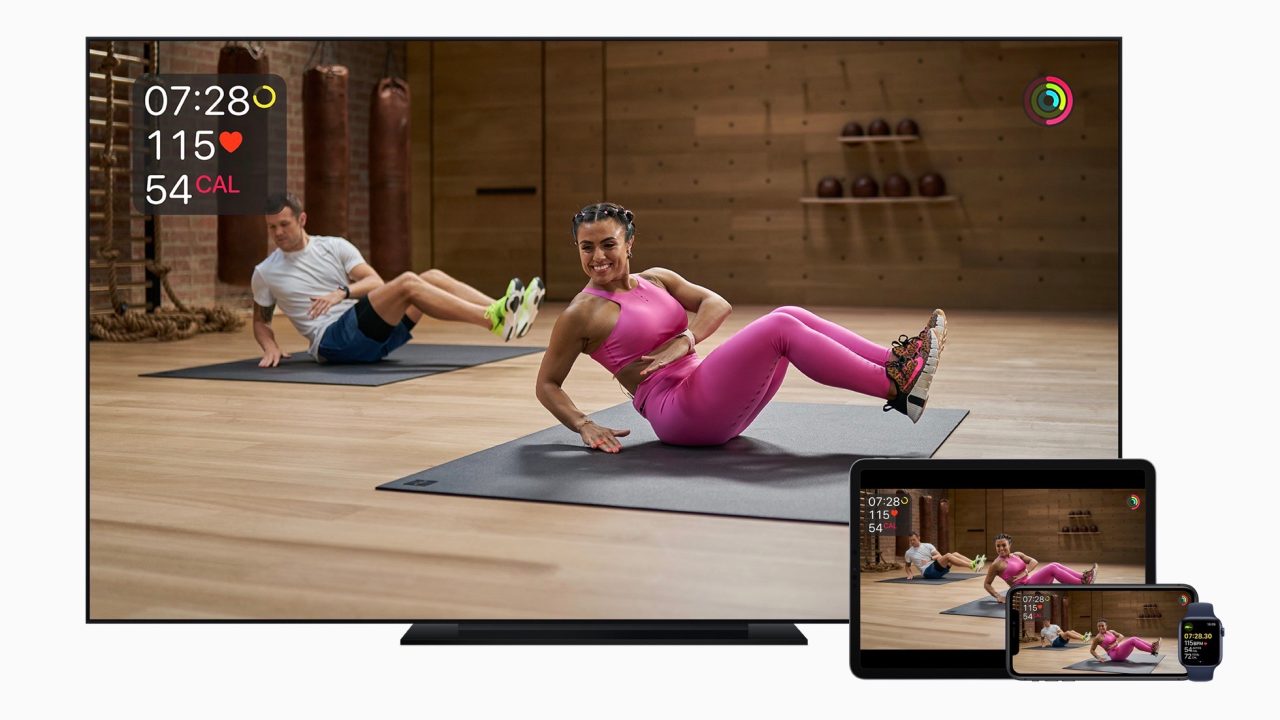 Apple Fitness+ will officially debut later today after being announced back in September. Ahead of the launch, a handful of early reviews are now available, and they widely praise the integration with Apple Watch, the variety of the workouts, and more. Plus, some details on just how well Apple Fitness+ is able to compete with Peloton.

CNET says that the motivating factor is how the Apple Watch metrics appear on your screen during workouts:

The moves were fairly basic, and it started to get repetitive after a while. What really kept me engaged was watching my heart rate go up and down in real time on the screen. I felt like it kept me honest about how much effort I was putting into each move and I pushed myself more than I would have otherwise. It was also a nice pat on the back to see my exercise ring close on the screen as I was winding down.

Input says that there are roughly 180 workouts across 10 categories available on Apple Fitness+ at launch:

There’s a lot at launch. I counted about 180 workouts across the different activities (HIIT, yoga, core, strength, treadmill, cycling, rowing, dance, and mindful cooldown). Apple says it’ll add more over time. How much more and at what frequency is unclear, but there is a “New This week” section within the app to spotlight the latest ones.

CNBC’s review focuses heavily on cycling and the comparison to Peloton, specifically in regards to the variety and engagement of the instructors:

But, after I took about eight cycling classes on Fitness+, I started to get used to and enjoy the different Apple Fitness+ instructors. My favorites so far are the cycling instructors Emily Fayette, Bakari Williams and Tyrell Desean, but I haven’t taken a class with all the 20 instructors for a variety of workouts yet. There are a lot to choose from with classes like high-intensity interval training (HIIT), spin, yoga, treadmill, rowing, strength and dance.

Interestingly, for something like a cycling workout, Apple Fitness+ instructors do not provide specific levels of cadence or resistance — likely because of the need to accommodate people using varying brands and types of equipment:

Apple Fitness does a great job of encouraging all fitness levels. There are additional instructors during each workout showing recommended tweaks or changes you might make if you’re not in perfect shape like the trainers. In the cycling workouts, I was encouraged to push myself but not to set a specific level of resistance or cadence, which I liked better than on Peloton where I first felt like I wasn’t working out as hard if I couldn’t maintain the harder resistance levels.

The Wall Street Journal has more details on the dancing category of workouts on Apple Fitness+:

Dance and rowing are two disciplines here that aren’t common in other fitness apps. While I didn’t have access to a rower, I could at least dance. Or try to, anyway. The workout—a 20-minute cardio-infused hip-hop class—was both terrible (as in, terribly hard) and stupidly fun. And according to the numbers on screen, I successfully arm-pumped my way to some burned calories.

And some more color on the Fitness+ vs Peloton comparison courtesy of The WSJ’s review:

Overall, Fitness+ feels like a Peloton Digital Lite (which doesn’t otherwise exist). Apple’s app and Peloton Digital have high production value, motivating music playlists and charismatic trainers. But Fitness+ doesn’t have as many workout types, and the library of workouts isn’t as large. It also lacks Peloton’s live and social features. The Apple app does have one edge over Peloton’s: You can download classes and play them offline. While you can preload Peloton content for more stable playback, the workouts require an active internet connection to play.

Across the board, the consensus is that Apple Fitness+ is the perfect service to debut amid the COVID-19 pandemic. The tight integration with Apple Watch, a variety of instructors, and class options for all skill levels help make it an unintimidating fitness solution for all users.

The downside, however, is that Apple Fitness+ lacks many of the social features that Peloton offers. For example, there is no public leaderboard, no live classes, and no real-time feedback from instructors. The service also requires an Apple Watch, which could be a big barrier of entry for some users.

Apple Fitness+ will debut to the public later today. It will cost $9.99 per month or $79.99 per year, and it’s also included in the Apple One Premiere bundle for $30 per month.