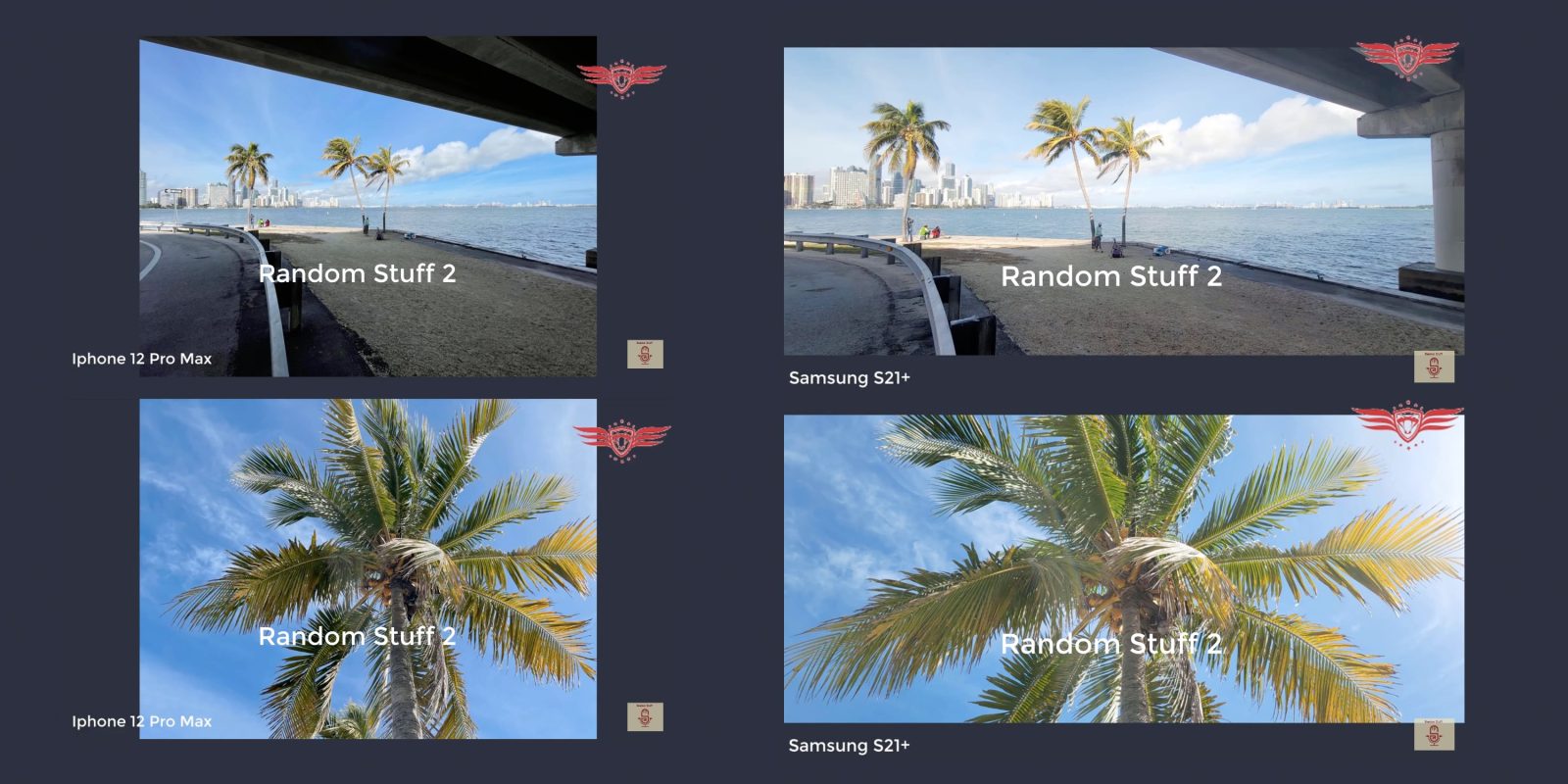 Samsung is expected to launch its next-gen smartphone in January – a bit ahead of its traditional schedule – and the first review of the unreleased Galaxy S21+ flagship smartphone has landed. A big part of the review is a camera comparison of the Galaxy S21+ vs. iPhone 12 Pro Max vs. And from this early look, the iPhone 12 produces much better results while the S21+ struggles with exposure and washed-out images.

It’s important to note that the S21+ hardware/software in this unofficial review may change/be tweaked by Samsung by the time it arrives for consumers in early 2021, but it’s still interesting to see the differences between Apple’s 2020 flagship iPhone 12 and the latest from Samsung.

As you can see in the images above and below, as well as the video, the iPhone 12 Pro Max produces much better images. In this review, the Samsung Galaxy S21+ looks to consistently capture more washed-out photos and looks like it has lots of trouble with getting the exposure right.

YouTuber Random Stuff 2 does note that Samsung released a software update that should improve the camera experience but he wasn’t able to check it out before this review.

As Samsung has done for some time now, the camera specs appear more impressive for the S21+ on paper when comparing to the iPhone 12 Pro Max. But as history has shown, it’s not just about raw specs. Hardware and software integration is very important and Apple’s computational photography has come a long way in the last few years.

The images aren’t as easy to compare since iPhone shoots in 4:3 by default and it looks like the S21+ is using something closer to 2:1. But to my eye, the iPhone 12 Pro Max definitely takes the better images, at least with the pre-release S21+ we’re seeing here.

Time will tell how much Samsung can improve the camera experience on its new flagship between now and next month. There will be some great irony if it isn’t able to fix these camera issues. That’s because after the iPhone 12 lineup launched, Samsung mocked Apple about not including a charger in the box (which Samsung is already copying with the S21+) but also claimed the Galaxy series has the “best” camera, performance, battery, and more on a smartphone.

Check out all the camera comparison shots between the iPhone 12 Pro Max and the unreleased Samsung Galaxy S21+ starting around the 1:51 minute mark in the video as well as the images below: