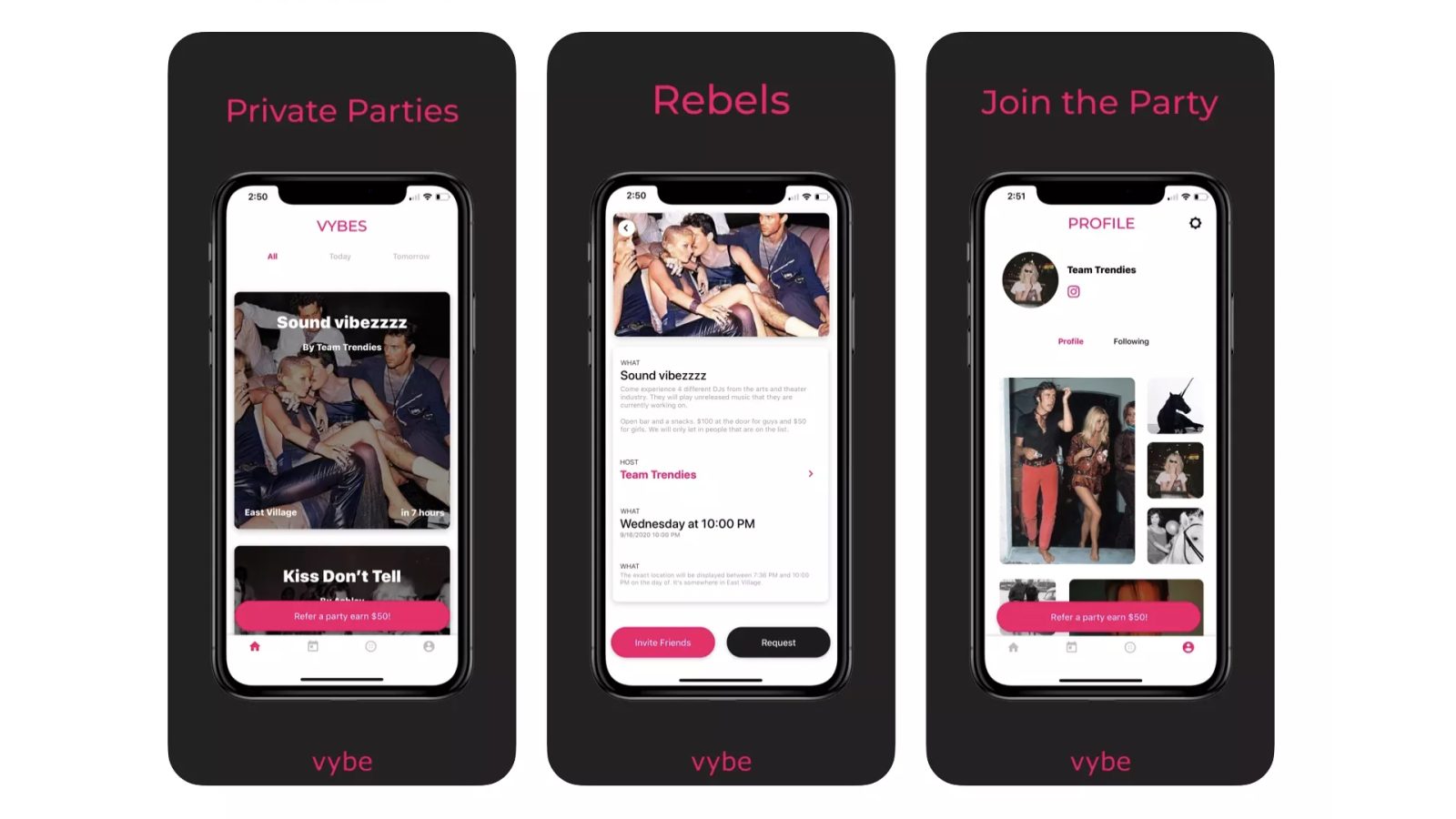 While 2020 was all about social distancing and staying at home, there was a controversial app promoting secret private parties during the COVID-19 pandemic. Thankfully, the iOS app was removed from the App Store this week.

“Vybe Together” was recently launched as a new way to allow people to promote secret parties that should not happen during the pandemic.”Get your rebel on. Get your party on,” said the app website — which was also taken down.

The idea of the app was to offer a platform where users could organize underground parties and promote them to anyone who wanted to participate. Those who were approved to join the party received the address two hours before the event.

As reported by The Verge, the app was suddenly removed from the App Store and its official TikTok account was also banned. In some regions, having a party with a certain number of people is considered illegal due to the current circumstances of the COVID-19 pandemic — so it’s unclear why Apple approved the app in the first place.

The Verge was able to speak with Albin, one of the co-founders of Vybe Together. Albin said the app had a few thousand users and that interest on the app grew after some demo videos were shared on TikTok. In order to gain access to the app, users had to share their Instagram profiles to prove that they weren’t someone spying on the events to report them.

It’s unclear whether the app has contributed extensively to unauthorized events since it was launched. According to the report, Vybe Together app had only 25 ratings in the App Store before it was removed, while its Instagram account had about a thousand followers. Vybe Together’s Instagram profile was also banned today, so it seems the app is gone for good.