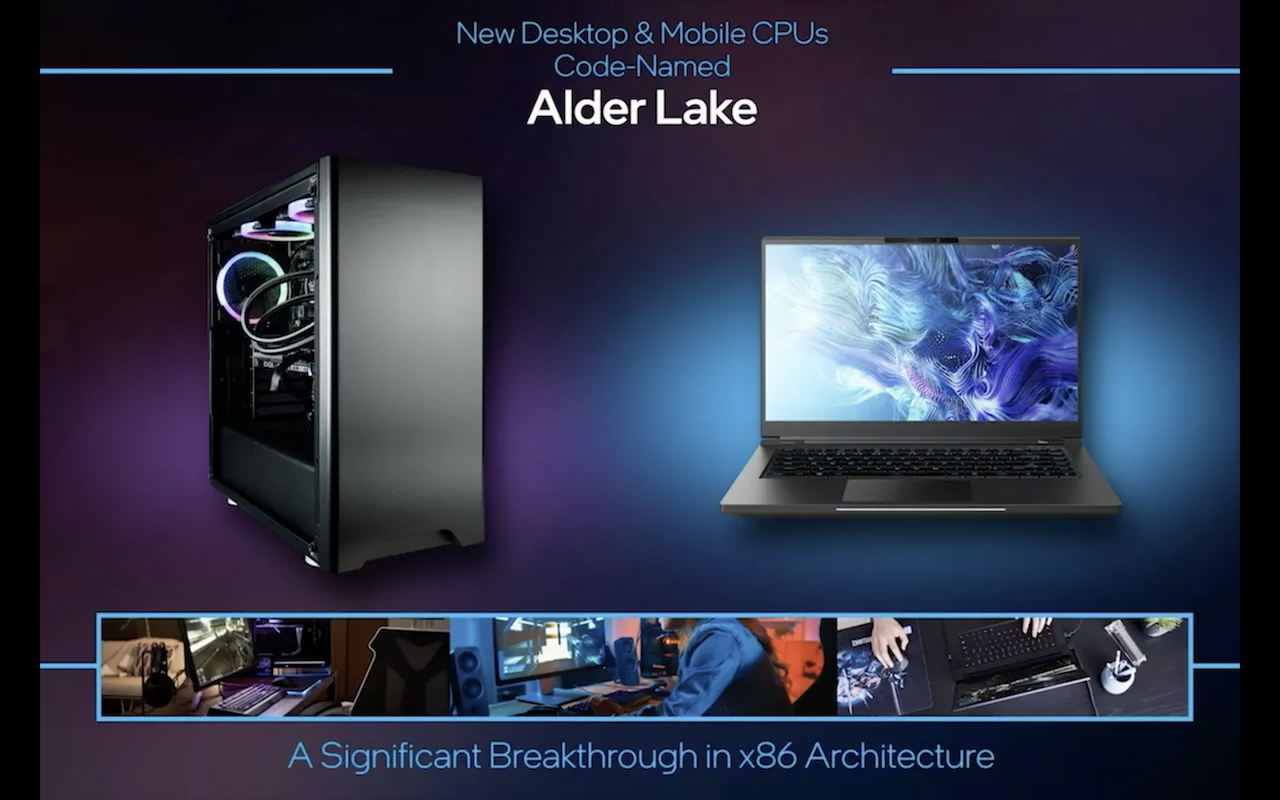 Intel made an appearance at CES this year and brought a preview of its next substantial chip release, the 12th-generation Alder Lake. The company didn’t go into many details on the upcoming chips, but it did give us a taste of what to expect.

Like its predecessor, the 12th-generation Alderr Lake chips will utilize something similar to ARM’s BIG.little technology, a hybrid of both high-performance and high-efficiency cores. Intel has stated that these are laptop and desktop CPUs and that consumers should expect to get their hands on them in the second half of this year (via Ars Technica).

Arguably the most notable aspect of this announcement is its timing in relation to Apple’s new M1 CPUs announced just last year. This likely isn’t a coincidence but is instead Intel attempting to compete directly with the M1, especially given how similar the two are in design.

Alderr Lake will use an improved version of the 10nm SuperFin process, which will go head-to-head with Apple’s ARM instruction set used in the M1. That, paired with the BIG.little architecture, reaffirms Intel’s desire to compete with Apple’s chip.

Intel’s announcement also signifies the companies intention to begin scaling its hybrid chips within its current lineup. Whether or not this supposed strategy shift will work for Intel will be revealed in time. It’s also worth noting that we do not expect Apple to use these new Alderr Lake chips in any of their products.