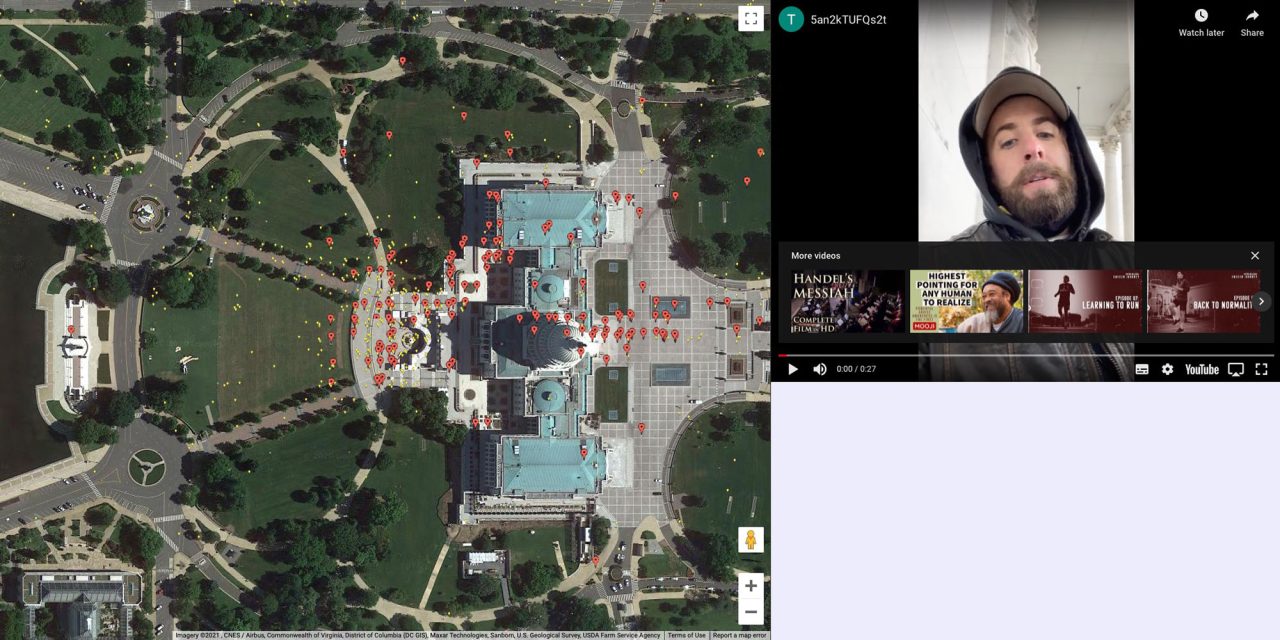 We’re learning of Twitter plans for handling the presidential transition, in terms of the official and unofficial accounts used by the White House.

Separately, a developer has used archived versions of videos posted on Parler to create an interactive map of video footage shot in and around the Capitol during the attempted coup …

CNET reports that president-elect Joe Biden will of course inherit the official @POTUS account – but with one significant change.

The official presidential account @POTUS, which Biden will inherit on Jan. 20, currently has 33 million followers. But that number is likely to change as Biden won’t automatically inherit the followers of the previous administration when he officially takes control of the account on Inauguration Day.

Social media helps people, including the president, to instantly disseminate a message to a large number of people online. Twitter’s decision to not automatically transfer followers could limit the number of people the upcoming administration will be able to reach online. Biden’s team isn’t happy with Twitter’s choice […]

Twitter will also transfer the @WhiteHouse, @VP, @FLOTUS, @PressSec, @Cabinet, and @LaCasaBlanca to the Biden administration on Inauguration Day.

That’s a change from last time, when the @POTUS account retained all of the followers from when Obama was president.

Biden has noted that he will begin using the @POTUS account when he assumes office, and in the meantime is using a brand new account, @PresElectBiden, for his official posts, and his existing @JoeBiden one for everything else.

Before social media app Parler went offline, a white hat hacker was able to download all public posts, including videos posted by rioters from in and around the Capitol building. A developer has now used this data to create an interactive map of the videos.

The map is accessible on Github. Just zoom in and click on a map pin to watch the video shot from that location. It’s likely to help law enforcement officials identify the rioters and piece together their movements.

The developer, who uses the username Patr10tic, told Motherboard how they did it.

“About half of the metadata I have I got from the source before the leak occurred,” Patr10tic told Motherboard. “I found a way to download just the first several kilobytes of each file, and use exiftool to parse the GPS coordinates. I got about half a million headers that way (from donks url list), but abandoned that effort after she just released the whole metadata collection herself. Exiftool is hella slow” […]

“I didn’t need terabytes and terabytes of videos, just the ones on the capitol grounds, so I sorted through the gps coordinates based on proximity, and obtained the video IDs for just those files,” Patr10tic said. “Then I downloaded them from a mirror that someone else is hosting.”

So far, Patr10tic has uploaded close to fifty videos onto the Capitol Hill map, all geolocated to where they originated from last Wednesday. They said that they have had to manually upload all of the videos to YouTube but had recently found an automated way to do so, so more videos are incoming: “fortunately I just found an automated replacement, so I should be able to get the rest up tonight when I can deploy that solution.”

“The real danger is youtube killing the channel, then it’ll all be for nothing. If that happens I’ll have to find some other way, so at least law enforcement has the tool,” they added.