Amid WhatsApp privacy backlash, Telegram building new tool for importing chats from other apps [U] 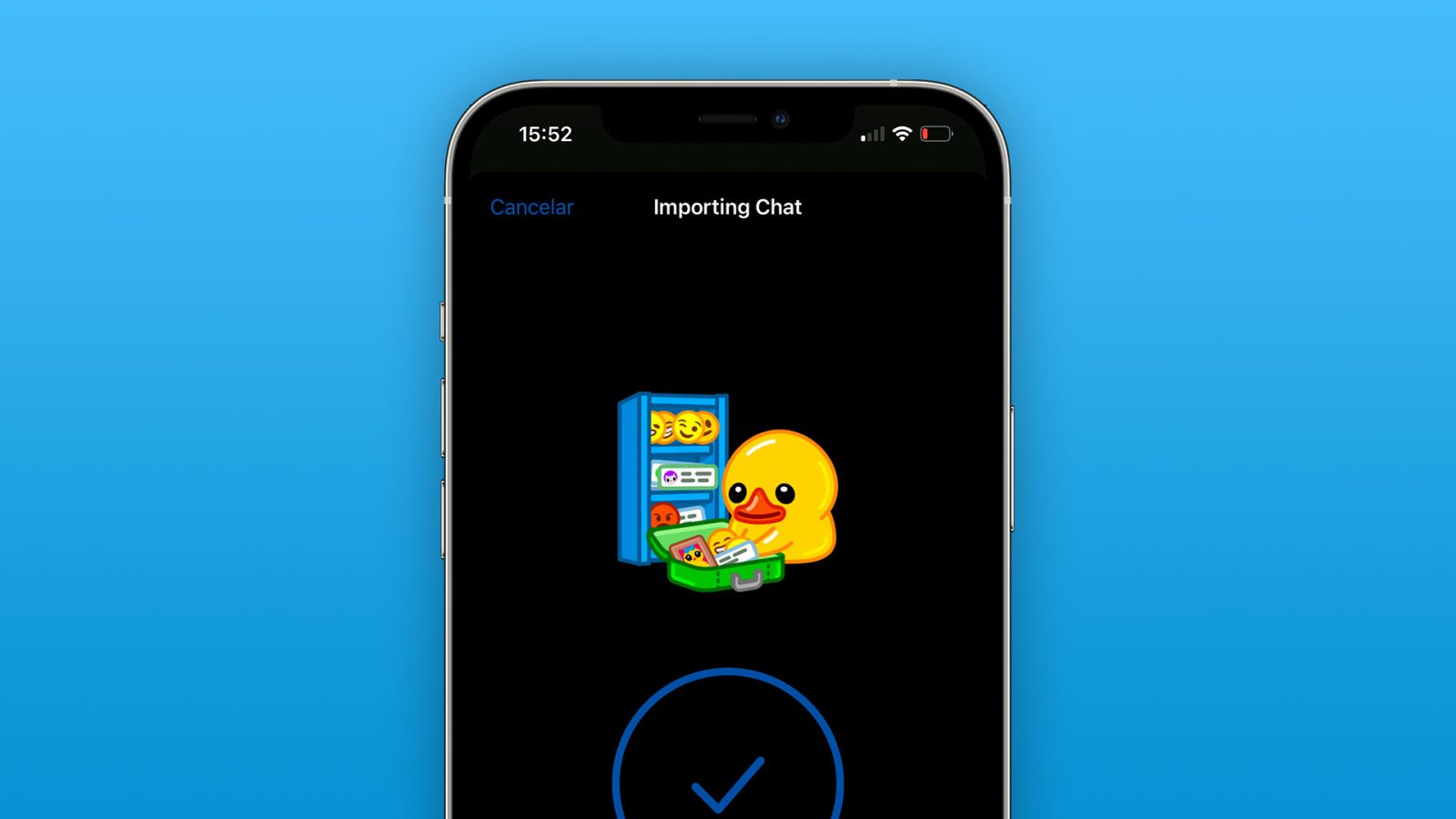 Following the controversies of the new WhatsApp privacy policies, several users around the world have been looking for an alternative to the app owned by Facebook. Telegram, which is already one of the most popular messaging platforms, is now working on a new tool that lets users import chats from WhatsApp and other apps.

The new feature was released today on the iOS App Store as part of version 7.4 of the app, but another update was released moments after that removing the mentions to the migration tool — which suggests that Telegram is still working on this feature before a public announcement.

Update: Telegram’s new migration tool has been officially made available to all users today. The announcement was made by Telegram in a blog post.

Over 100 million new users joined Telegram this January, seeking more privacy and freedom. But what about the messages and memories that remain in older apps? Starting today, everyone can bring their chat history – including videos and documents – to Telegram from apps like WhatsApp, Line and KakaoTalk. This works both for private chats and groups.

You can read the original article below.

However, 9to5Mac was able to try out the new migration tool in the official Telegram iOS app to see how it works. According to the original release notes of update 7.4, users will be able to import chats from WhatsApp, Line, KakaoTalk, and other unspecified apps.

Using WhatsApp as an example, it doesn’t take much effort to migrate conversations from one app to another. Once you’re in WhatsApp, you just have to enter the “More” menu in a chat and then choose the “Export Chat” option. WhatsApp will generate a ZIP file with the entire conversation that can be exported to Telegram through the iOS Share Sheet.

Telegram will ask which contact or group you want to associate that chat to, and then the messages will be synchronized there for both you and the other person. All imported messages are labeled as such.

Although some users are still being able to import chats from other apps in the latest version of the Telegram app available on the App Store, Telegram didn’t confirm that the feature is actually working for all users. Even so, it seems a matter of time before the new option is officially announced.

As many users are afraid to migrate to other messaging apps and lose their conversations, this tool might help Telegram become even more popular. You can download Telegram for free on the App Store.