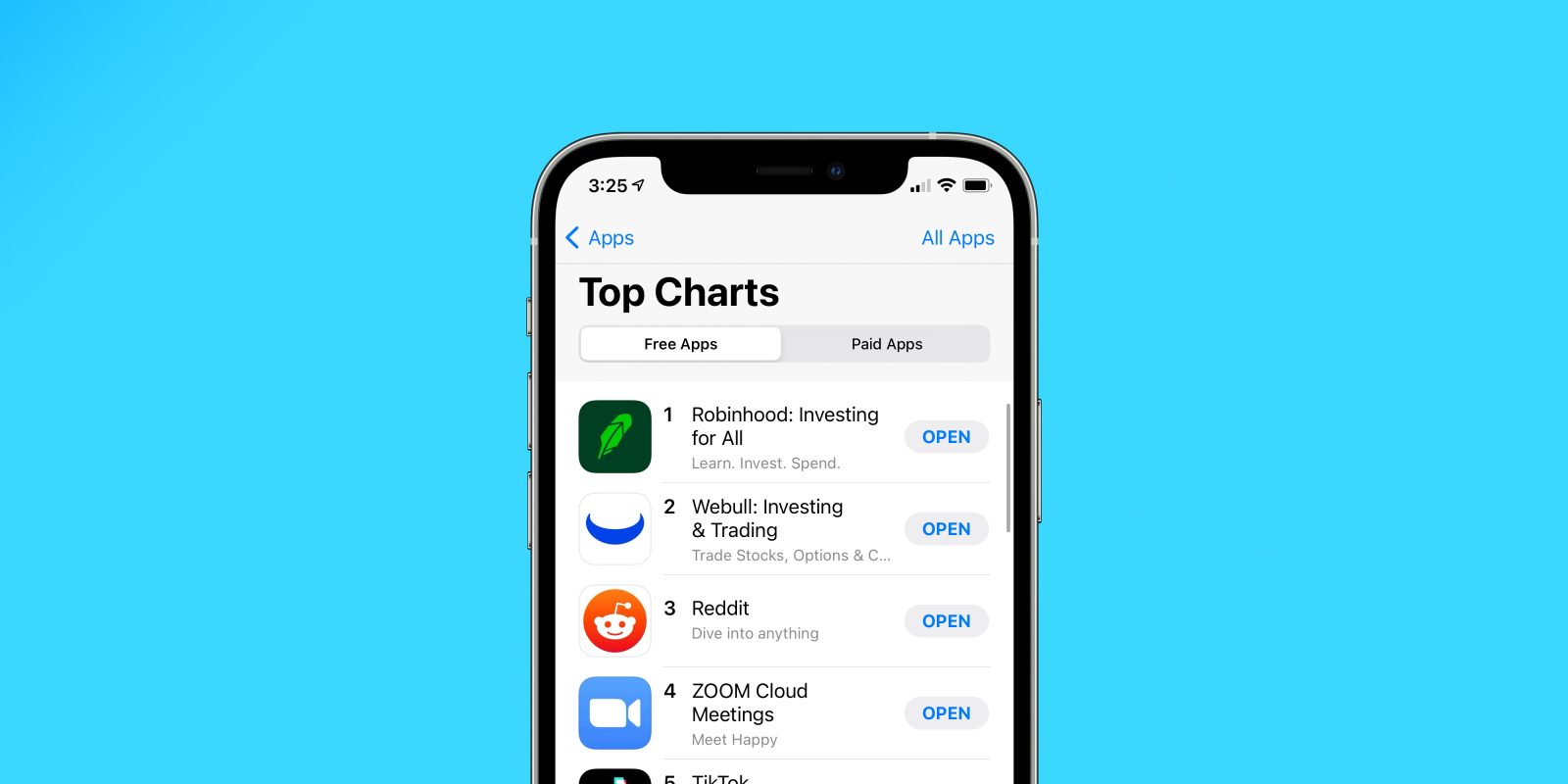 The ongoing trading freeze related to Robinhood and stocks such as GameStop and AMC continues to extend to Apple’s App Store today. As we reported earlier this morning, Robinhood made the controversial decision to ban trades of GME, KOSS, and other Reddit-backed stocks.

The story on Robinhood and GME

Over the past month (and long before, in some instances), users on the WallStreetBets subreddit have been piling onto stocks that are commonly-shorted by hedge funds, such as GameStop, BlackBerry, and AMC. As that volatility continued, Robinhood took the rare step of blocking users from buying those stocks.

The company attempted to justify the move in a blog post, but without success.

We continuously monitor the markets and make changes where necessary. In light of recent volatility, we are restricting transactions for certain securities to position closing only, including $AAL, $AMC, $BB, $BBBY, $CTRM, $EXPR, $GME, $KOSS, $NAKD, $NOK, $SNDL, $TR, and $TRVG. We also raised margin requirements for certain securities.

We’re committed to helping our customers navigate this uncertainty. We fundamentally believe that everyone should have access to financial markets. We’re humbled to have helped many people invest in the markets for the first time. And we’re determined to provide new and experienced investors with the tools and resources to help them invest responsibly for their long-term financial futures.

Robinhood has now partially backtracked its decision, saying it will allow “limited buys” of these securities starting tomorrow:

Starting tomorrow, we plan to allow limited buys of these securities. We’ll continue to monitor the situation and may make adjustments as needed.

Robinhood’s decision, which has also been backed by other trading platforms such as E-Trade, has faced ire from politicians ranging from Senator Ted Cruz to Congresswoman Alexandria Ocasio-Cortez. The damage is already done, despite Robinhood’s attempt to walk back the changes.

Robinhood is reportedly going as far as automatically exiting positions of users holding stocks such as GME. Robinhood is also already facing lawsuits over its action against GameStop and other stocks.

Robinhood users are equally as upset with the company, and they are calling on Apple to remove the app from the App Store. A new petition on Change.org has nearly 20,000 signatures and growing, and it says that Robinhood’s attempts to “manipulate the market” are clear violations of Apple’s guidelines.

The petition cites a line from the Apple Media Services Terms and Conditions that says users agree not to “plan or engage in any illegal, fraudulent, or manipulative activity.” The App Store guidelines also say:

Apps should never prey on users or attempt to rip-off customers, trick them into making unwanted purchases, force them to share unnecessary data, raise prices in a tricky manner, charge for features or content that are not delivered, or engage in any other manipulative practices within or outside of the app.

Another interesting tidbit is that Robinhood users are taking to Twitter to claim that Apple is censoring negative reviews of Robinhood on the App Store.

As our colleagues at 9to5Google reported this morning, Robinhood’s Android app has been bombarded with negative reviews since it made the decision to block trading of GME. The app has received over 100,000 negative reviews, bringing the app’s Play Store rating to just 1-star, down from over 4 stars previously.

Meanwhile on the App Store, Robinhood still has a 4.8-star rating with minimal one-star reviews. This isn’t necessarily because Apple is “censoring” negative reviews about Robinhood, though. Generally, there is a delay between when a user writes a review and when it is published. This could mean the 1-star Robinhood reviews will start hitting the App Store tomorrow.

Nonetheless, Robinhood’s antics around GME and other WallStreetBets stocks have sent the rival trading app Webull to the top of the App Store charts. Currently, Robinhood is still ranked number one, followed by Webull in second, and Reddit in third.