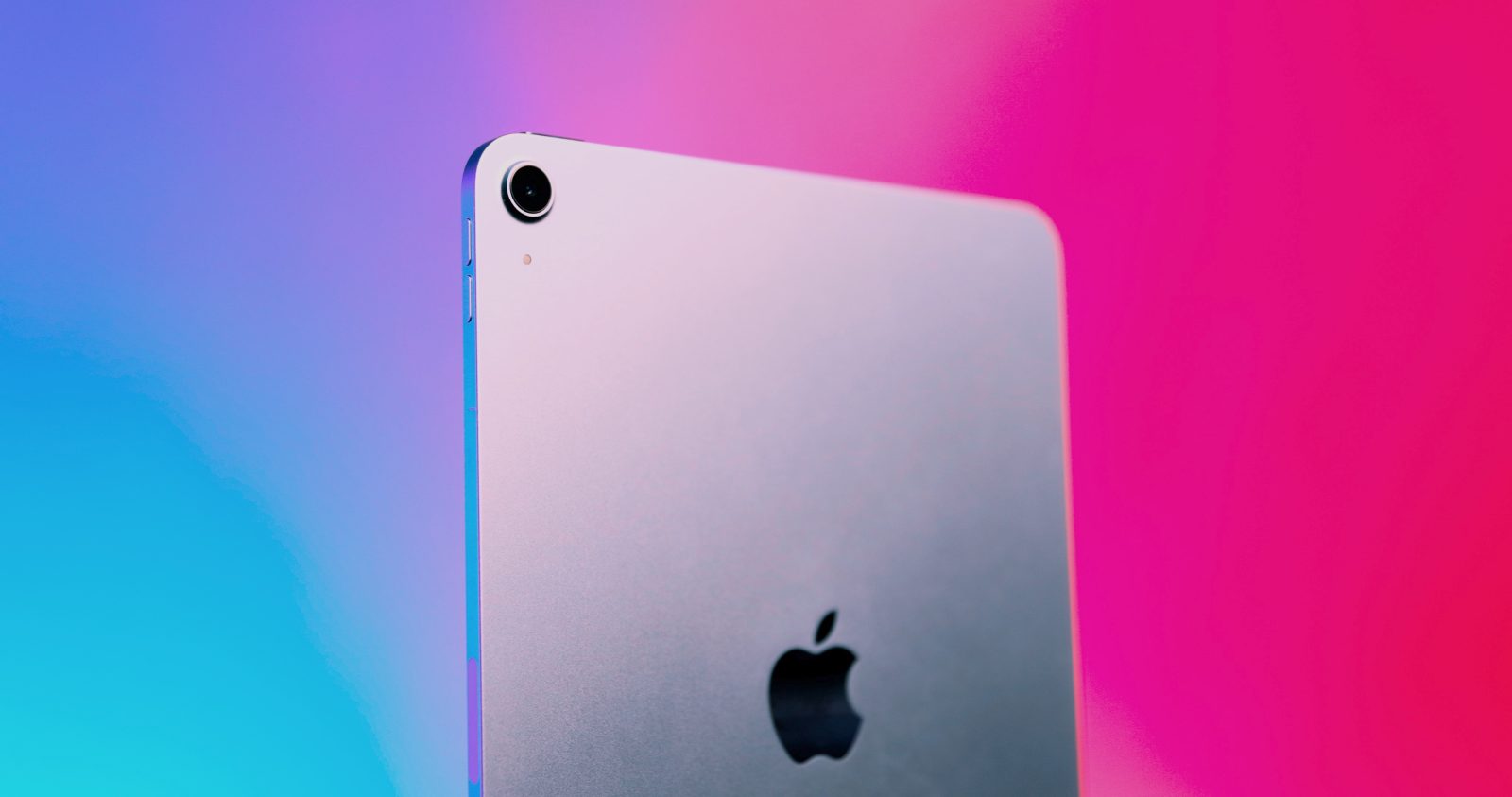 The iPad Air 4 was a tablet that came and went. I personally believe a lot of people spent time comparing this tablet to the iPad Pro, simply because they share the same design language. But when you remove the comparison aspect and evaluate the tablet on its own, it’s a really compelling device. And more than anything, it doesn’t make me miss my iPad Pro. Here’s why.

That latest iPad Air has the same design language as the current iPad Pro, and so it looks and feels like a modern iPad. It’s thin, it’s light, and it’s very comfortable to use. And of course with the Air in particular, you’re getting a handful of different color options that aren’t available on the other iPad models. I’ve got the Sky Blue model and I was initially kind of critical on how subtle the blue actually is. But in all actuality, I don’t mind it. I do stand by my statement of this color being more of a silver with a blue tint than a sky blue, but I don’t think the sky blue is a bad look. It just wasn’t what I was expecting. Overall it’s just a nice tablet aesthetically, and as an iPad, one of the best you can get your hands on.

The display is something I initially talked down on a bit because of a lack of a high-refresh-rate 120Hz display, which is what’s on the iPad Pro. But after using it for a few months, it hasn’t really been something that I think about. The display itself is still high resolution and is great for watching movies, gaming, and reading. And because this tablet in general is so consistently fast, I don’t find myself constantly yearning for a higher refresh rate display. I think 60Hz on the iPad Air is plenty sufficient. And the average user isn’t going to have a necessity for a higher-refresh-rate display at this point.

As far as real-world usability is concerned, I’d say that bright is probably the weakest link for the Air’s display. This tablet can only get up to about 500 nits of peak brightness, whereas the iPad Pro can deliver up to 600 nits of brightness. When using this tablet indoors, this isn’t really that big of a concern, but with only 500 nits of peak brightness, you might struggle to get a nice view of the display when outside during a sunny day. Hope they can address this for generation 5.

When I initially got the Air 4, I wasn’t too hot on the fingerprint sensor. I thought it didn’t make much sense for Apple to do this when FaceID was already in play on the iPad Pro. But even though this tablet isn’t substantially cheaper than the 11” pro, it is technically lower-end nonetheless. And you can’t expect to get every top-shelf feature on a middle-shelf product. My initial issue with TouchID was the placement of the sensor. And I still do think it makes much more sense to put the sensor on the right side above the volume buttons. But after some months of usage, I’ve definitely gotten more comfortable with the placement. And it isn’t something that I consciously think about any more. The sensor is very quick, so I don’t feel as though it’s slowing down the usability process at all.

Performance on the iPad Air has held up just fine for my daily usage. Keep in mind that this tablet’s using Apple’s A14 processor. This is Apple’s latest mobile processor outside of M1. So you’re going to be getting top-tier performance. Not once have I had the Air slow down on me or fail to complete a task in an appropriate amount of time. And I don’t use this tablet for gaming that often. But whenever I do, it’s usually a pretty great experience.

Surprisingly, the battery life on my Air 4 hasn’t been great. It’s even more odd to me because I’m not a heavy user of this iPad. I use it for various things throughout the day, but never in long stretches. And there are some days in the week where I practically don’t use the Air at all. But whenever I come back to it, I’ve always got 30 or 40% battery life left. I mostly use the iPad for web browsing, watching YouTube videos, and using it as a remote monitor for my camera.

There are people who are simply only concerned about whether this tablet will last you throughout the day when using it consistently. And I would say yes for the most part. But it’s definitely not a multi-day battery-life iPad and I’d always keep a charger handy if you’re planning on using this as your daily driver for productivity.

I think iPadOS is somewhat underappreciated for being much less buggy than iOS is, at least in my experience. I genuinely can’t remember this tablet ever bugging out on me, even in the slightest sense. And that really isn’t something I can say for any other Apple product at this point. I’ve had a flawless experience with iPadOS 14, and I think they did a great job with addressing bugs that were in version 13.

Widgets have been a nice addition to iOS 14 and iPadOS 14. Beside the fact that it’s taken so long for them to arrive, widgets on iPadOS are aesthetically satisfactory and work well. I just wish there was more you could do with them. It should have been a no-brainer for widgets to be free to be placed anywhere on the home screen. Free form widgets are my No. 1 feature on the iPadOS 15 wishlist.

Overall the iPad Air is a great tablet on its own. I still think anyone looking to get a new iPad for school and productivity would probably be better off with an iPad Pro, especially if you’re going to get the pencil and the keyboard. An Air 4 with a keyboard and pencil is about $200 less than what it would be for a Pro with the keyboard and pencil. And so you must decide whether the extra features you get with the iPad Pro are worth the extra $200. If not, then the Air 4 is a great steal.

What are your thoughts on the iPad Air 4? Sound off in the comments below!