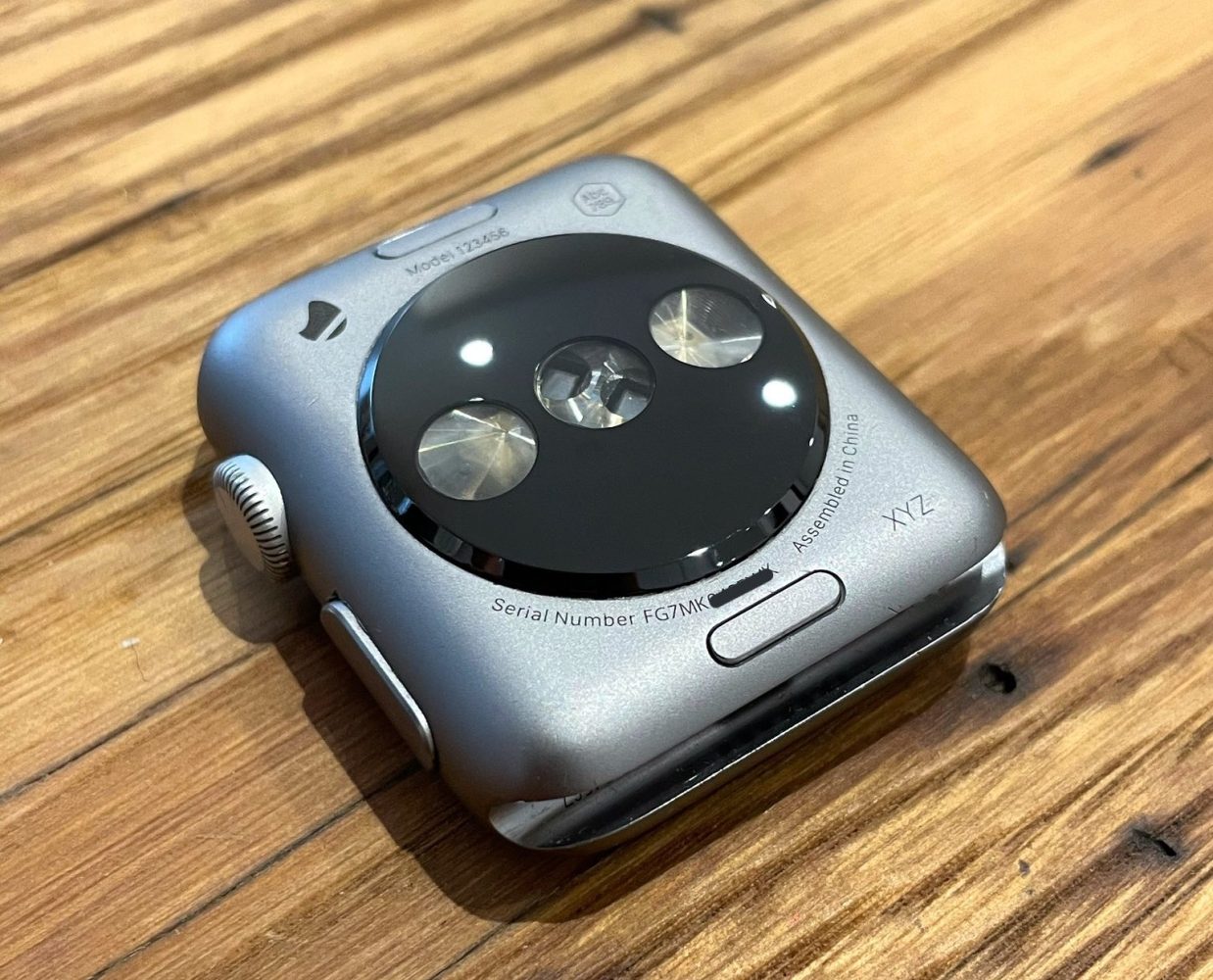 Twitter user Giulio Zompetti often shares first looks at old Apple product prototypes, and today, he’s shared some images of an Apple Watch prototype from early 2014. This prototype has an entirely different back crystal design with an alternative sensor layout.

The first-generation Apple Watch had a quad sensor array for the LEDs and photodiodes used to track your heart rate. The prototype shared by Zompetti shows off three much larger sensor holes laid out horizontally. It still appears as though there were four sensors as the middle hole shows two smaller ones beneath it.

This Apple Watch prototype also appears to only have one speaker cutout rather than the two that were on the shipping version. The microphone hole looks to be the same. Aside from these smaller tweaks, the general shape and size of the case appear to be unchanged.

In addition to the different arrangement for the actual sensors, the text printed on the back of the watch is positioned differently. In fact, it’s reminiscent of the layout of some of the original Apple Watch face designs. It shows an icon in both of the top corners with text curved around the back crystal on the bottom.

Another thing of note is the way fonts are used by Apple here. The serial number itself is printed in Myriad Pro like older Apple products. But the rest of the text is in an early version of the now-standard San Francisco Compact font. It looks like Apple was testing how different characters would look on the hardware with the icon in the top right corner showing “Abc 789.” It’s not clear what the icon in the top left is.

You can check out the back of the shipping version of Apple Watch below to see how this prototype compares.