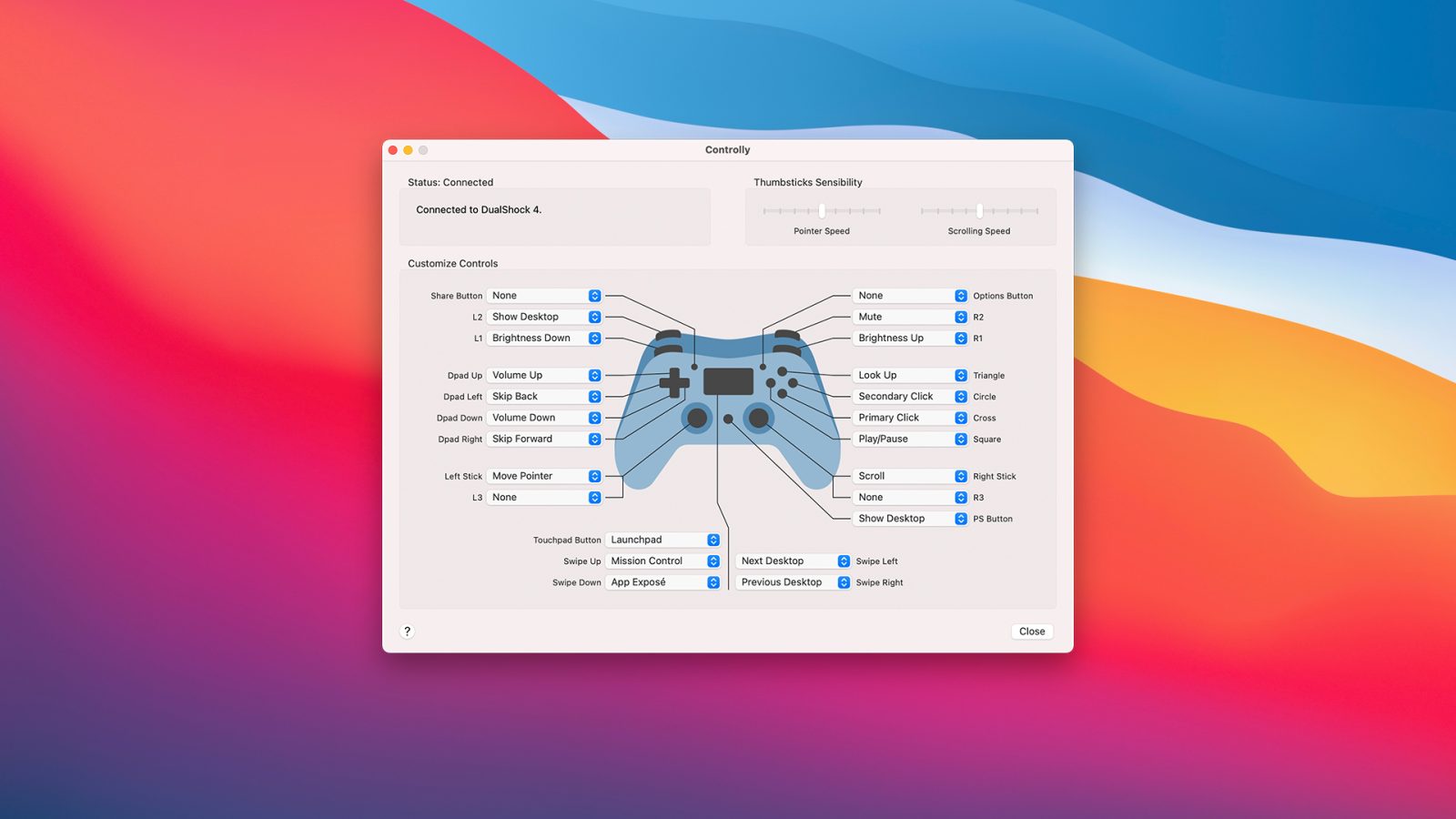 Last year, I reviewed El Trackpad, which is an app that lets you control the mouse cursor on your Mac from an iPhone or iPad. However, the app requires the device to be connected to the Mac via USB, which is not ideal for some situations. Developer Hugo Lispector, who created El Trackpad, today released Controlly — a new app that uses PlayStation and Xbox controllers as remotes for Mac.

Controlly has some key differences from El Trackpad besides one app working with wireless controls and the other running on iOS devices. While El Trackpad basically turns the iPhone and iPad into a multitouch trackpad that works with the Mac, Controlly brings several other features in addition to controlling the mouse cursor.

For instance, you can not only move the cursor using the analog sticks, but also set shortcuts to each joystick button. There are multiple options available, including brightness and media controls, Launchpad and Mission Control access, showing desktop, and changing volume. The app comes with some functions set by default for controllers, but users can change them at any time in the settings.

In my experience, the app solves one of my biggest problems, which is controlling the Mac while I use it connected to my Apple TV over AirPlay. Now I can just leave the Mac in my office while I control it with a PS4 DualShock that is always in the living room. The app works extremely well, and it even supports some basic gestures on the DualShock touchpad.

Setting up Controlly is quite simple and doesn’t require any advanced configuration. You just have to install and open the app, connect a PlayStation or Xbox controller to your Mac via Bluetooth, and that’s it. It should also work with some MFi-certified joysticks. Just keep Controlly open, and you’ll be able to move the cursor and control macOS using the chosen game controller.

Controlly is now available on the Mac App Store, and it requires macOS Big Sur to work. You can try it for free for seven days and then unlock the full app with a $3.99 in-app purchase.