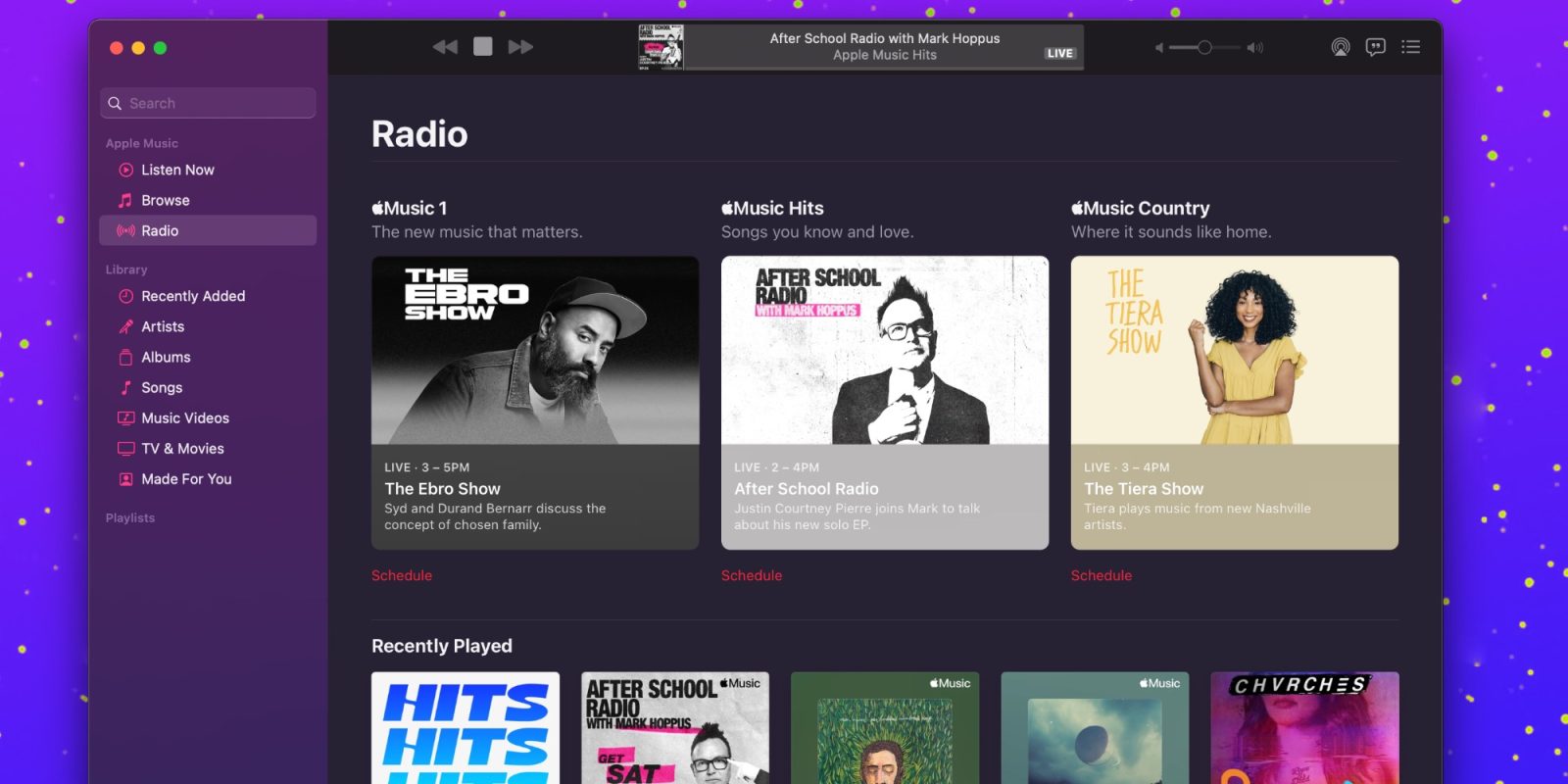 There was an uncomfortable calculation to make in the early days of subscription music services. Why pay a monthly fee for your music when you could just pay once and own it? Beats Music leveraged handpicked playlists designed for finding new music and rediscovering favorites. That became the differentiating factor for Apple when it absorbed Beats in 2014 to create Apple Music.

Now Apple has a number of algorithm-generated playlists similar to Spotify with New Music, Friends, Get Up!, and other mixes. These are fantastic for finding old favorites and new tracks from artists you enjoy, yet it’s a new mix on an original idea that has me pumped for Apple Music these days.

I grew up in the TRL era of MTV and love everything from the greater blink-182 universe (Boxcar Racer/+44/Angels & Airwaves/Simple Creatures), so the Mark Hoppus hosted show called After School Radio on Apple Music Hits was made for me. Listening to the show live at 7 p.m. ET on Tuesdays has since become a highlight of my week, and the songs from it regularly lead me to discover artists, albums, and entire discographies.

I already subscribe to Apple Music (now through the Apple One bundle with iCloud and TV+), and the integration with Radio is pretty good. I can stream the show in the car with CarPlay, on the iPhone, iPad, Mac, or Apple TV with the Music app, or even with just my Apple Watch with the Radio app. Apple Music Radio is also available on the web.

I regularly find myself saving songs to my library directly from the Now Playing screen during the show. If I like the artist or song enough, I’ll go back and play through the full album or add more music from the artist to my library. It’s made the Recently Added section in my Music app the most active it’s ever been, frankly.

This show in particular also has a great format that includes weekly artist interviews and a regular panel of hosts who share music industry insight. It plays like a music podcast with relevant songs interlaced with the interview and conversation. If Apple Music and Apple Podcasts offered the tools, I would love to re-create my own version of a show like it with friends and songs on the service.

All three Apple Music Radio stations are free to stream live from the Music or Radio app, and Apple Music members can listen on-demand after the broadcast as well.

Now that I’m routinely interacting with Apple Music Radio, I’m also reminded of all the feature requests we had when it was Beats 1 all those years ago. Push notifications for shows, offline playback for episodes, and an easy way to follow favorite shows would be great features for members.

Listening live is easy once you learn the schedule, but listening on-demand requires digging through the Music app. I used the share sheet to grab the URL that redirects to the section of the Music app for my convenience and sanity. 🥸

This weekly two-hour radio show totally changed how engaged I am with Apple Music all these years later. There’s no question that the value of Apple Music for me is in removing friction in finding new music and playing it from anywhere. Here’s to hoping After School Radio has a long home on Apple Music.