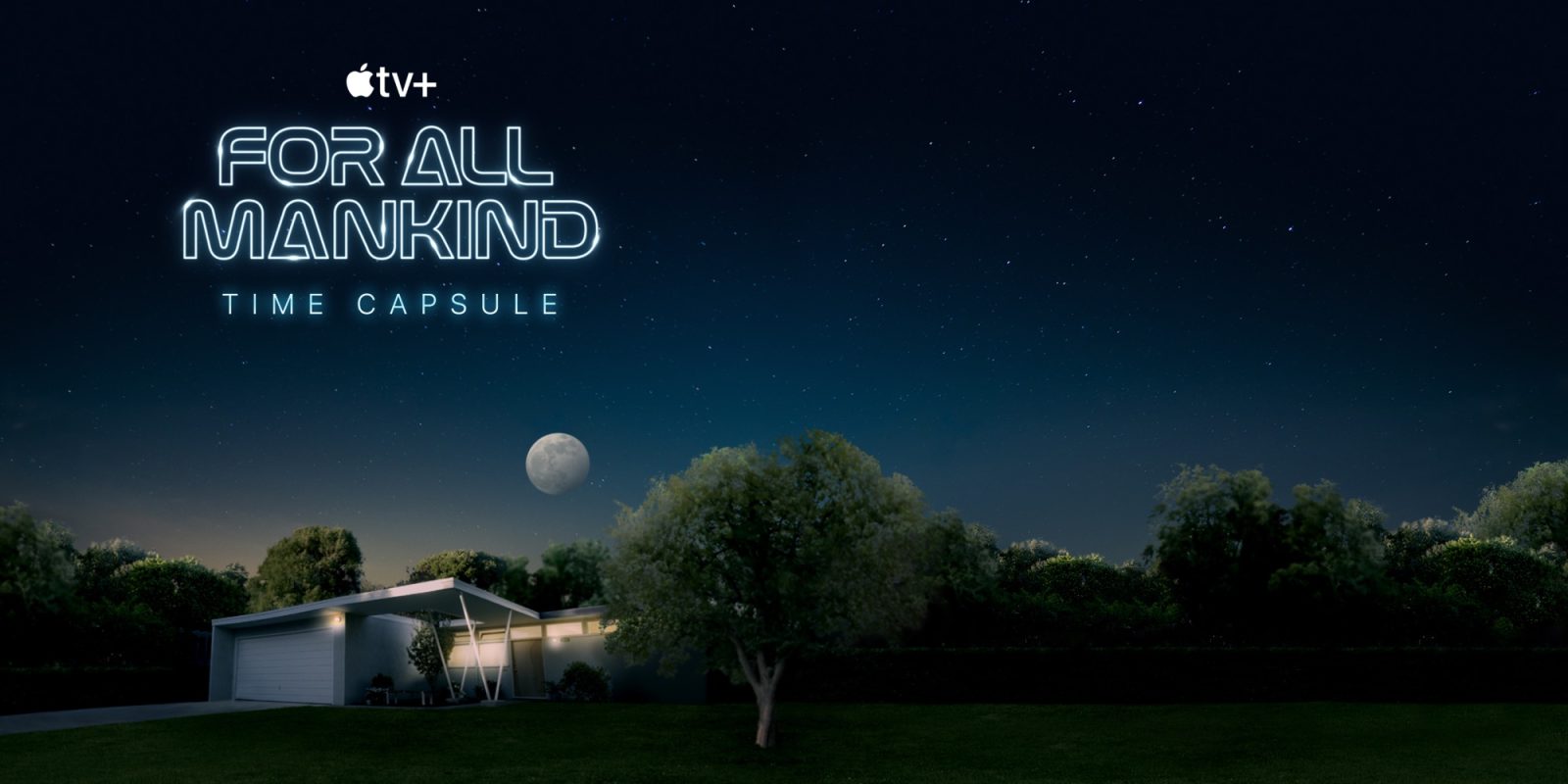 Apple’s rumored augmented reality experience for Apple TV+ has arrived in the form of For All Mankind: Time Capsule. The standalone iOS app is built using Apple’s ARKit framework and even includes exclusive experiences for the latest iPad Pro, iPhone 12 Pro, and iPhone 12 Pro Max.

For All Mankind: Time Capsule takes place in the decade between the first and second season of the space drama that plays out on an alternative historical timeline. The app lets you interact with virtual objects from a box of items placed in the real world through the lens of your iPhone or iPad. The app uses sound and music to enhance the story. Through the experience, you see the world from the perspective of a teenage Danny Stevens, the son of astronauts Tracy and Gordo Stevens in the series.

“AR presents a new and exciting opportunity to bring the world of For All Mankind literally into the homes of the audience in a way that hasn’t been possible before,” said Ron Moore, creator and executive producer of For All Mankind. “I was intrigued from the very beginning at the idea that we could use AR to immerse the audience in the alternate history aspect of the series, explaining and illustrating some of the historical events and technological advances that are implied in the show but which we never had a chance to fully present. Using this technology allows the audience to immerse themselves into the series by interacting with objects, people and media in an impactful and meaningful way that will bring them even closer to world we’ve created.”

An older Danny, played by Casey W. Johnson, takes on a more prominent role in season two. For All Mankind Time Capsule casts Johnson alongside Michael Dorman as Gordo Stevens, Cynthy Wu as Kelly Baldwin, and Krys Marshall who plays Danielle Poole and narrates the opening of the app.

For All Mankind fans will appreciate elements in the AR experience like social studies homework that echoes the alternate timeline in history in which the show takes place, and there is even a newscast anchored by the same anchor who appears in the FAM universe.

While Time Capsule is meant to add to the story in between seasons of For All Mankind, you don’t have to be caught up on the Apple TV+ series to enjoy the AR app. For instance, as you progress through the timeline in the augmented reality app, you interact with an Apple II computer (which makes a cameo in season two) that’s capable of a dreamed-up predecessor to email called “d-mail” for digital mail. There’s even a text adventure space game for the Apple II.

For All Mankind: Time Capsule is available today in the US on the App Store. The AR app will come to more regions soon. As mentioned, users with the latest iPad Pro, iPhone 12 Pro, and iPhone 12 Pro Max can experience additional content in the app that relies on LiDAR sensors only offered on these devices.

For All Mankind season two premieres on Apple TV+ on February 19. New episodes will be released weekly on Fridays. Read our spoiler-free review and interview with the cast and creators while you wait for the first episode!