For All Mankind S2: Come for the alternative space timeline, stay for the character drama [Interview] 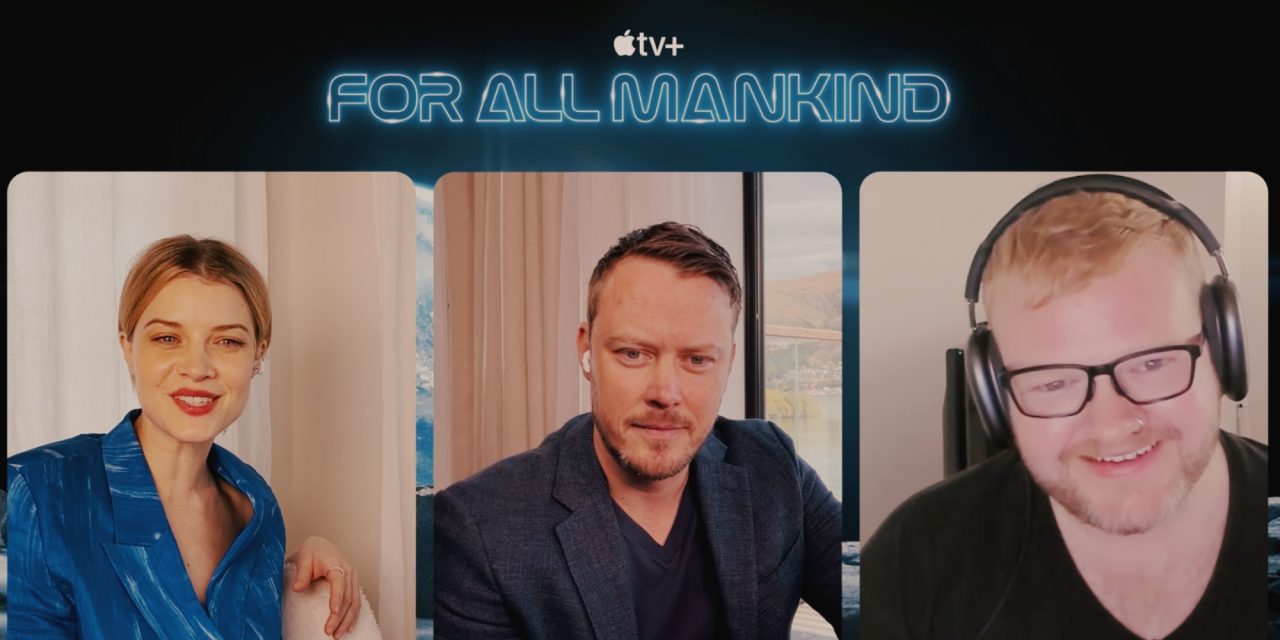 If I had to split For All Mankind into two primary genres, I’m not sure how much would be science fiction and how much would be drama. The series is like candy for space fans who dream of a world dominated by advances in space exploration, yet it’s the storylines of the main characters that makes the second season so juicy. Regardless of how you categorize the series, the second season should be more than satisfactory for fans of For All Mankind on Apple TV+.

The sophomore season of Ronald Moore’s For All Mankind dramatic sci-fi series premieres on Apple TV+ later this month. In anticipation of the second season, 9to5Mac spent some time chatting with the cast and creators of one of Apple’s flagship shows.

The season opens with a montage of news coverage that sets the stage for a decade jump forward since the final episode of the first season. John Lennon narrowly avoided assassination, Ronald Reagan is the new US president, and NASA has an established base on the Moon called Jamestown. Meanwhile, Russia has also settled on the Moon, and lunar dominance fuels the Cold War in the late 80s and early 90s portrayed in the series.

The season sprinkles in plot points that play like trivia for space history buffs, but with the added delight of being fictitious.

NASA’s Space Shuttle program is so successful that Kennedy Space Center launches from Launch Complex 39C, and the Apollo program is nearing its 100th mission. In reality, NASA’s Launch Complex 39 only had two launchpads during the Apollo and Shuttle eras, and Apollo 17 was the final Moon mission under the lunar program.

These advances are based on the premise introduced in the original season: What if Russia beat the United States to the Moon and the Space Race continued? Driven by this competition, nuclear energy is credited with some of the sci-fi elements in season two. Namely, NASA’s space shuttle is capable of reaching the Moon, and an ocean-based launch system called Sea Dragon is used to send supplies to the lunar surface.

For All Mankind uses these conceptual elements on an alternative timeline in history while borrowing from real-life events for familiarity. For instance, season two introduces the US’ original space station called Skylab, and the series takes on the Apollo-Soyuz mission. There’s even a Russian orbiter called Buran that’s based on space shuttle schematics.

Yet knowledge of US space history isn’t required to enjoy the series. The NASA administrator’s electric car and the prominent use of big, blocky cell phones serve as alternative timeline placeholders. More important is the rich character development that continues from season one.

If you’re invested in the lives of the main characters in season one, you’re sure to embark on an emotional roller coaster in season two when we see where they land a decade later. The series tackles big concepts like love, adoption, divorce, and even death. It’s enough to catch you off guard and unexpectedly invoke an emotional response at times.

The decade leap forward in time does introduce some oddity in how the show works for me, however. Joel Kinnaman’s performance as Ed Baldwin is as intense as season one, yet the character’s “aging” effect is less convincing and can take you out of the scene sometimes. Not all characters seem to have aged equally either (i.e., astronaut Tracy Stevens, played by Sarah Jones), although perhaps some are intended to benefit from a more generous aging process.

Still, this decade leap forward on the timeline makes me wonder how attached we should be to the characters that we’re shown on-screen. Some of those concerns are answered by the end of the second season, and there is clearly a new class of characters introduced who could fill future seasons. I’m not certain that a theoretical seventh season could include astronaut Ed Baldwin as a primary character without a cheap trick like flashbacks or time travel.

But if my biggest concern with season two is how the creators will approach season seven, the show must be doing something right. What works for the show for me is that For All Mankind uses space and sci-fi as the set and parts of the storyline, but missions to the Moon and Mars aren’t the only plot.

If you come just for the science fiction, then the season will probably be received differently. Despite an action-packed trailer, the tension builds up for most of the season, then everything seems to happens all at once in the end.

This is almost to a fault near the finale when you’re suddenly tracking three or four major plot points and their conclusions back to back. The approach results in a great amount of rich character development throughout the season that almost makes you forget the overarching storyline around nuclear weapons, Moon Marines, and a Space Age Cold War. It all comes front and center in a meaty finish that leaves you ready for season three.

The first episode of For All Mankind season two premieres on Apple TV+ on February 19. New episodes of the 10-episode season will be available every Friday.