Hand-written job application by Steve Jobs up for auction 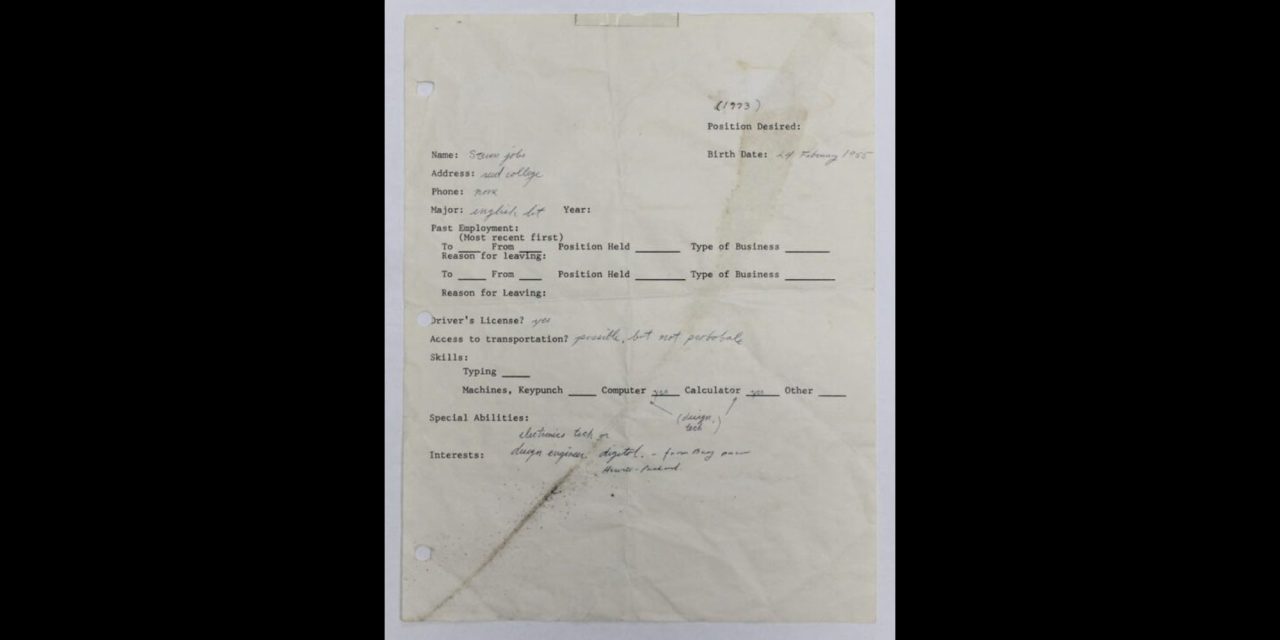 A job application hand-written by Apple cofounder Steve Jobs in 1973 has been put up for auction. Last time it sold, it went for over $175,000 …

A single page signed job application from 1973 is being offered for sale by auction.

In the questionnaire Steve Jobs highlights his experience with “computers and calculators” and special abilities in “electronic tech or design engineer – digital”.

The questionnaire is believed to have been completed around the time he dropped out of Reed College in Portland, Oregon.

A year later he joined Atari as a technician where he worked with Steve Wozniak before they founded Apple in 1976.

The application is in very good condition with some overall creasing, light staining and old clear tape to the top edge. It is accompanied by letters and certificates of authenticity.

There is no indication of either the role for which he was applying, nor the name of the company. The skills section does, however, indicate a computing company.

The auction is online, and runs for four hours on February 24. If you have a lot of money to spend on a quirky piece of memorabilia, you can register to bid ahead of the action opening.