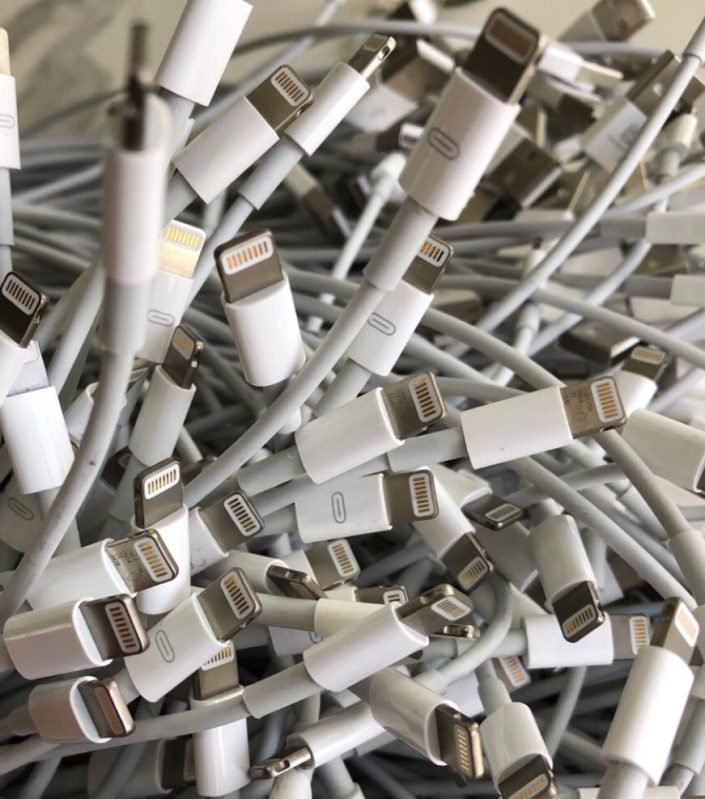 The Twitter account AppleDemoYT is notorious for sharing Apple prototypes, and today they’ve shared a first look at some never-before-seen prototype lightning cables. Lightning was marketed as a major improvement over the old iPod 30-pin connector primarily for its ability to be reversible. But this prototype calls into question if that was intended to be the case from the start.

When lightning was introduced alongside the iPhone 5 in 2012, Apple’s pitch was that it was digital, smaller, and reversible. But this latest look at early prototypes shows that Apple had included the icon that tells the user if they’re using it right side up. It’s very similar to the one that was on iPod connectors, although it’s more rounded to represent the shape of the lightning connector itself.

The presence of the icon is quite odd, considering you can see that the eight gold pins still appear on both sides of the cable. It’s possible that at this point in development, the cables weren’t reversible but had the necessary hardware components to do so down the road. The USB end of the cable remains the same as it ultimately did in the shipping version.

Lightning was received well because of its reversibility, even in light of the controversial change. It helped consumers understand why it was necessary to make a smaller connector and why it was necessary to change it. The lightning connector is almost a decade old, and Apple seems to be trending in the direction of MagSafe as the preferred method of charging your iPhone. Can’t imagine we’ll be using lightning much longer.