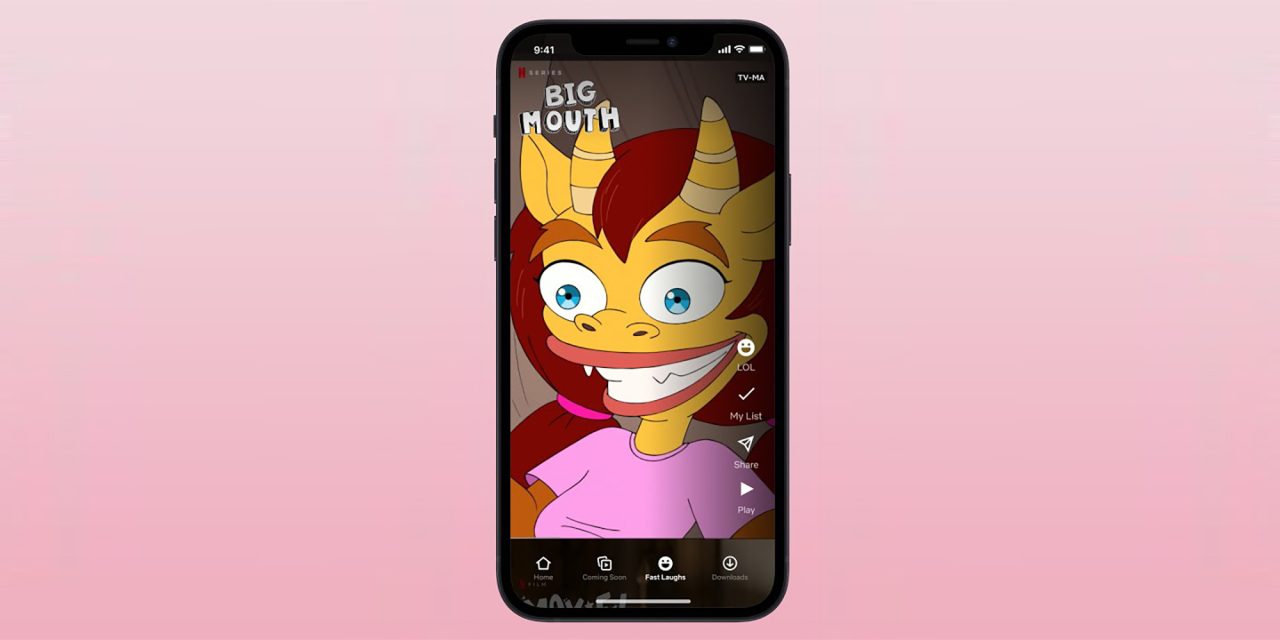 Netflix is the latest company to try its hand at a TikTok clone. The company has debuted a new “Fast Laughs” feature that provides a feed of “comedic clips” from its shows. The idea is to offer users a feed of content they can watch without diving into a full TV show or movie.

As reported by Bloomberg, the feature pulls from Netflix’s catalog of shows, movies, and stand-up specials. The interface is remarkably similar to TikTok with a vertically scrolling interface, the ability to easily share videos, and a progress bar along the bottom.

“We’re always looking for new ways to entertain and make discovery easier for members,” Patrick Flemming, director of product innovation at Netflix, explained. The company, however, considers it an “extension” of its current product than a standalone social network designed to take on TikTok.

On Netflix, this one little question opens up lots of possibilities from hilarious series and films to laugh-out-loud stand-up specials.

And what if you see a scene from a classic that is long overdue for a rewatch? Or catch something new that deserves a closer look? Fast Laughs lets you add series, films and stand-up specials to your list, or start viewing them immediately. You can also share the clips individually on Whatsapp, Instagram, Snapchat and Twitter – so your friends can get in on the fun too.

There are also similarities to the failed streaming service Quibi, which aimed to offer users “quick bites” of content they could watch on the go. Quibi shut down last October after just six months and just one day after an Apple TV app was released.

The “Fast Laughs” feature is available in the main Netflix app on iPhone as a new tab along the bottom. It’s available now in the United States, UK, and Canada. There’s no word on an Android release quite yet.