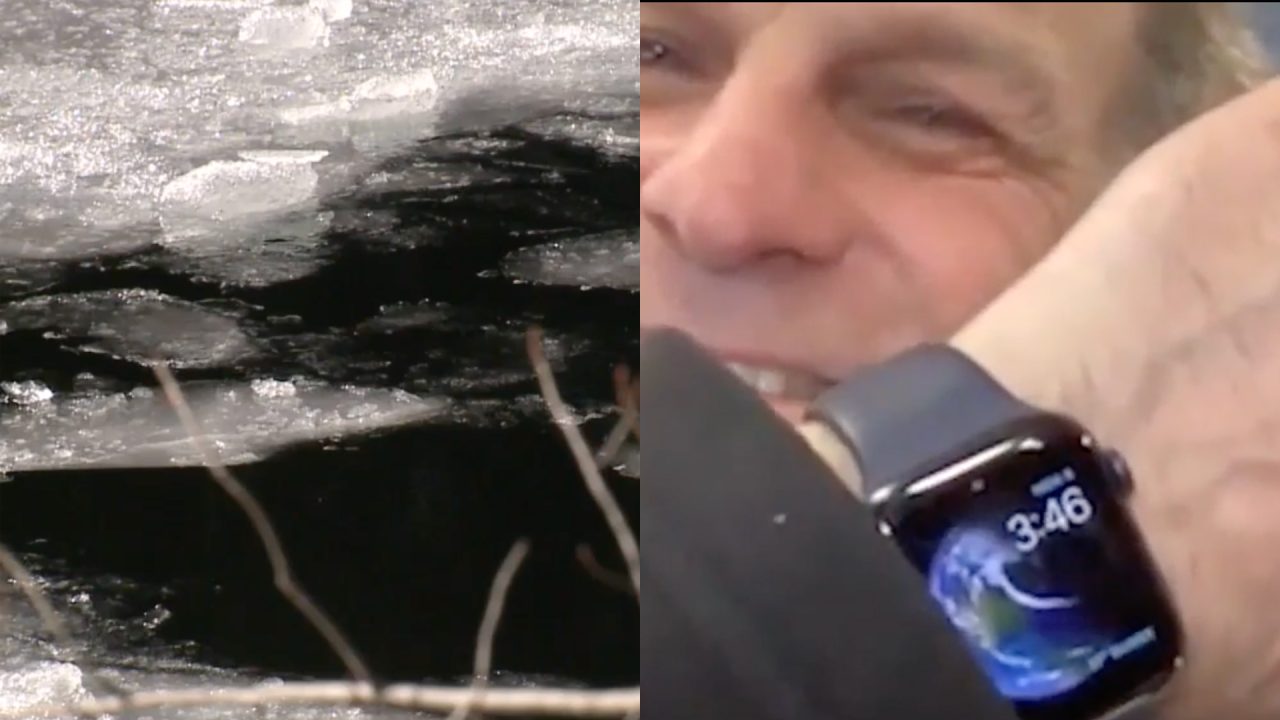 Stories about Apple Watch changing people’s lives are becoming more and more frequent, and this time the smartwatch helped a man save his life in Somersworth, New Hampshire. William Rogers fell through the ice on Sunday, and things might have been even worse if he hadn’t been wearing his Apple Watch.

As reported by local TV channel WMUR, Rogers has been teaching ice skating his entire life, but that didn’t stop him from falling into the Salmon Falls River in Somersworth when the ice broke. The ice skating teacher was in the water for several minutes without being able to get out of the hole and although he was trying not to panic, he describes the feeling of sinking into the freezing water as “terrible.”

“First thing I did was try to walrus up on the ice knowing that I needed to get out of the water as quickly as possible and the ice just kept breaking underneath me,” Rogers said. No one was around and he couldn’t reach his phone. He was in the water for several minutes as hypothermia started setting in. “I remember telling myself, ‘OK, don’t panic. Don’t panic. Figure out what your options are here,’” Rogers said.

Even though Rogers couldn’t reach his phone, he remembered that he was wearing his Apple Watch. He quickly asked the watch to call 911, which definitely helped save his life that day. “I told them that I probably had 10 minutes before I was not gonna be able to respond anymore,” Rogers said on the call. It took only five minutes for the firefighters to get there.

“I’m really grateful for them. So, thank those folks. I thank them,” Rogers said. “(He) kept his wits about him. He remained calm and he did what he had to do to ensure his survival,” Chief George Kramlinger of the Somersworth Fire Department said. This time of year, firefighters say going on ice is a gamble, especially over rivers. “It’s just really a dangerous situation getting on the ice and like I said, at this point, no ice is safe,” Kramlinger said.

Apple Watch has a feature called Emergency SOS, which automatically calls local emergency services when the user asks Siri or if the watch detects a sudden fall. Some of these features can also be enabled on the iPhone, as we explain in this how-to guide. There are also other important features such as the ECG app that helps users identify potential heart disease.

You can watch the full report on William Rogers’s story on the WMUR website.