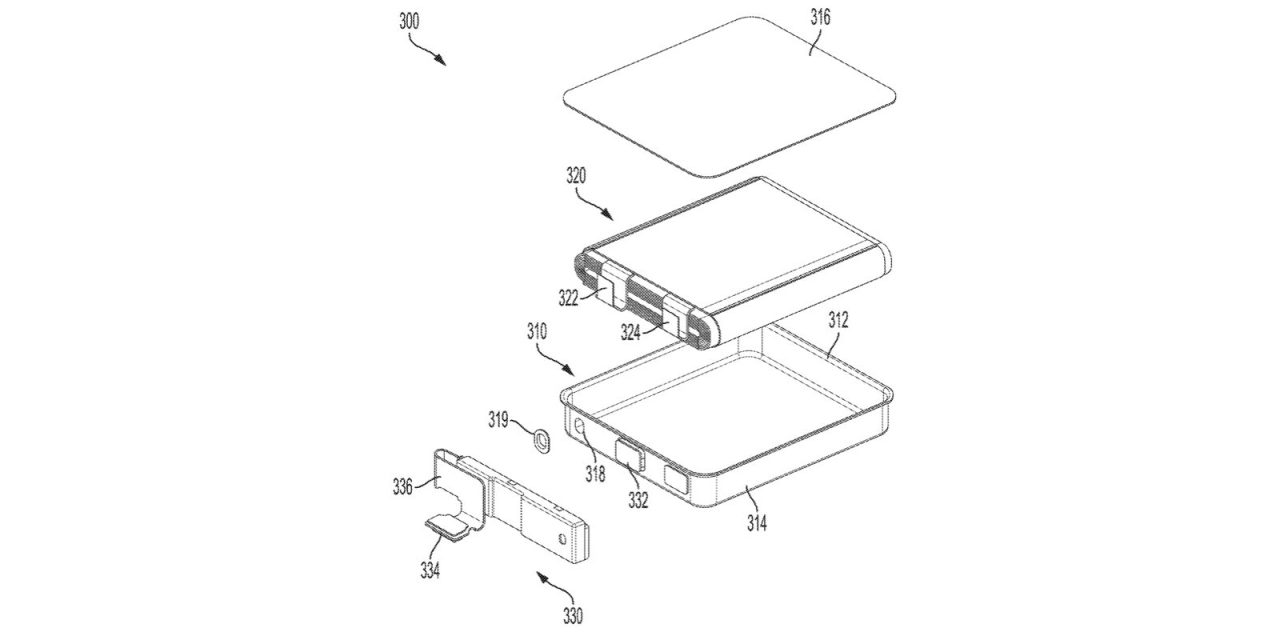 For years now, we’ve been promised exciting new battery technologies that claim to dramatically boost battery life, and none of them ever seem to materialize. But a new Apple patent application describes a simple way to achieve a worthwhile increase in battery life with nothing more high-tech than a metal housing.

The invention is a little ironic, as it solves a problem Apple originally created back in 2015 with the batteries in the 12-inch MacBook, before subsequently adopting the same tech in the rest of the MacBook lineup …

In the 12-inch MacBook, Apple switched from rigid rectangular batteries to pouches that can be shaped to fit the available space. At the time, the company hailed that as a breakthrough tech, as it allowed batteries to fill all the free space inside the machine.

That offers a lot of flexibility, but the approach also creates problems, as Apple explains.

To solve this, Apple proposes to stick to the irregular shapes that enable the batteries to make full use of the space, but swap a soft pouch for a rigid metal housing.

For example, in some embodiments the battery includes an electrode and cathode surrounded by a metal housing. The battery can be sized to optimize the available space in the electronic device without the need for spacing between the battery housing and other components in the electronic device. In some embodiments, the metal housing can be connected to a common ground, to allow other components to contact the battery housing without causing a short circuit or corroding the components.

In that way, we’d get the best of both worlds.

In principle, that would allow increased battery capacity without increasing the thickness of the MacBook. This being Apple, however, one might suspect the company will take the opposite approach, and maintain the existing battery capacity while making the laptops thinner…