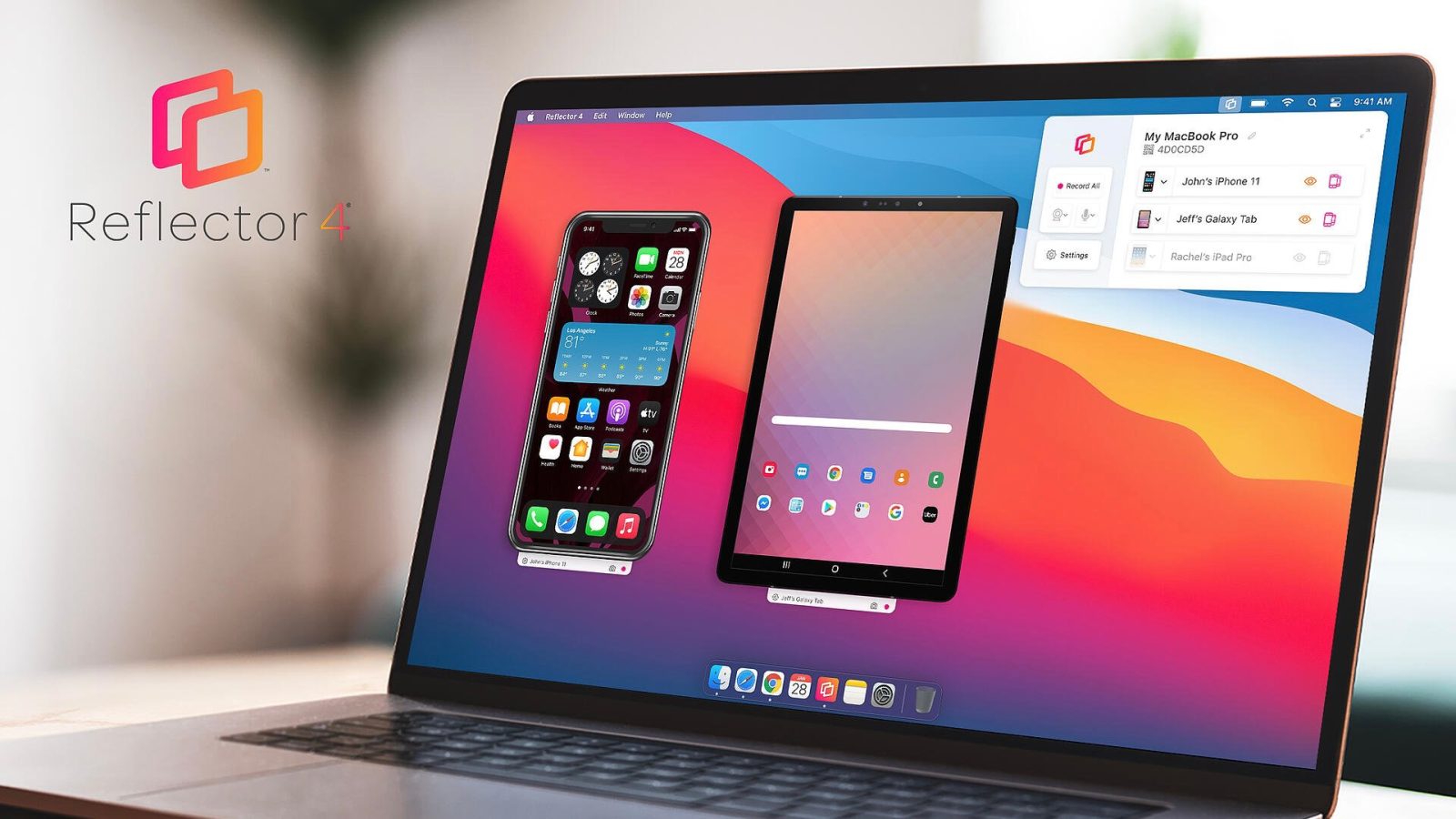 The popular screen mirroring and streaming app Reflector has received a notable update today. Reflector 4 is now available, and it includes Apple Silicon optimization, an all-new user interface, and more.

For those unfamiliar, Reflector is a popular utility that allows you to mirror and stream connections from different devices. For instance, you can run Reflector on your Mac and mirror your iPhone display on your Mac’s display. It works with different devices and operating systems, including iPhone, iPad, Mac, Windows, and more.

For Mac users, one of the most notable updates in Reflector 4 is optimization for Apple Silicon and the new M1 Macs:

Mirror and stream all your devices without discovery problems, disruptive latency, or dropped connections. With a completely rewritten core, Reflector 4 is the most powerful version of Reflector to date. Get improved performance, optimized for the latest technology.

Compatible with the new M1 chip, Reflector 4 was built from the ground up for Apple Silicon. Render all your screens in stunning, powerful, efficient performance.

The update also brings new frames for mirroring different devices. For example, when you mirror your iPhone 12 to your Mac, it will now feature the proper iPhone 12 frame around the edges. The new frames include all of the latest iPad models and the entire iPhone 12 lineup.

Finally, Reflector 4 continues its focus on cross-platform connectivity with the latest version supporting AirPlay, Google Cast, and Miracast devices, so you can mirror and stream iPhone, iPad, Android, Chromebook, Mac, and Windows devices.

Reflector 4 is available today for $17.99 and you can update from Reflector 3 in the app.