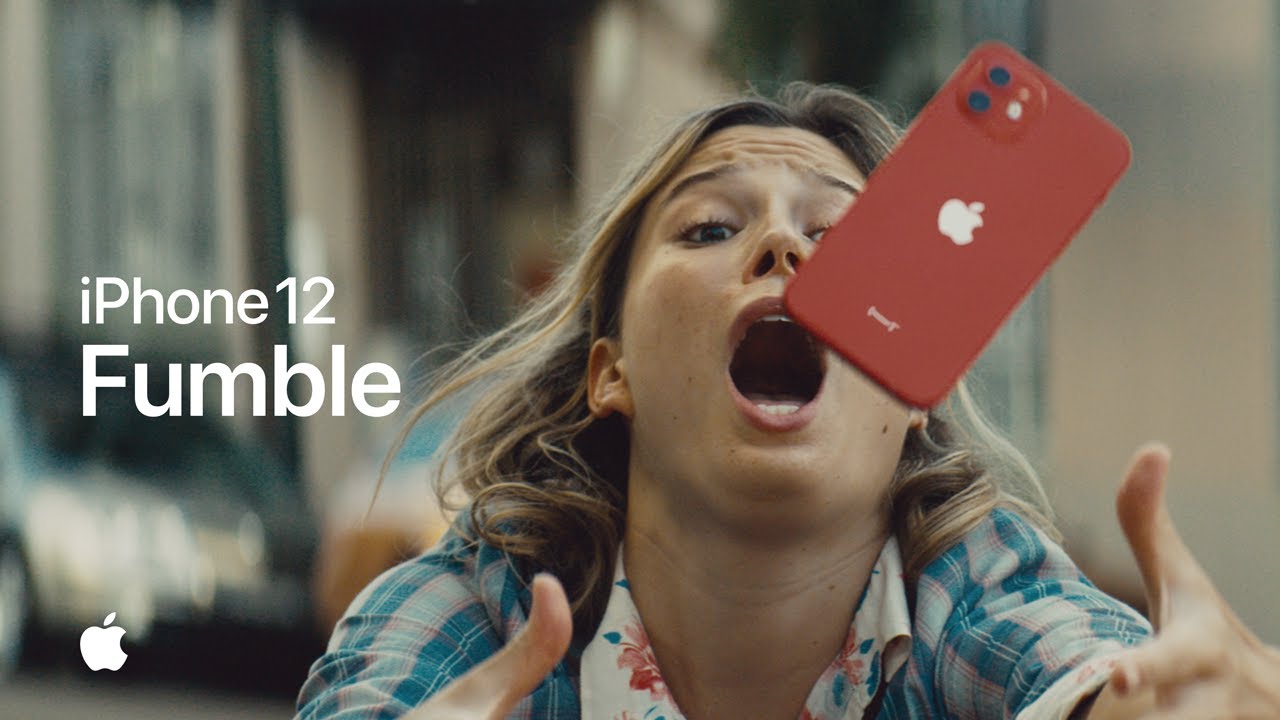 Last week, Apple shared an ad promoting the durability of the iPhone 12 showing someone cooking at home while filling the smartphone with flour and dropping it several times. Today the company posted a new ad on its YouTube channel reinforcing the benefits of the Ceramic Shield glass used in the iPhone 12.

Named “Fumble,” the fun 30-second advertisement shows a woman accidentally dropping her iPhone on the street while talking on the phone. The iPhone 12 falls into the ground, and as you might expect, nothing happens to it.

“iPhone 12 with Ceramic Shield. Tougher than any smartphone glass. Relax, it’s iPhone,” says Apple in the video description. Interestingly, the new ad appears to be part of a new iPhone 12 campaign as Apple used the same phrase “Relax, it’s iPhone” from the ad aired earlier this month.

You can watch the ad below, which features the song “The Conference” by Nitin Sawhney — click here to listen on Apple Music.