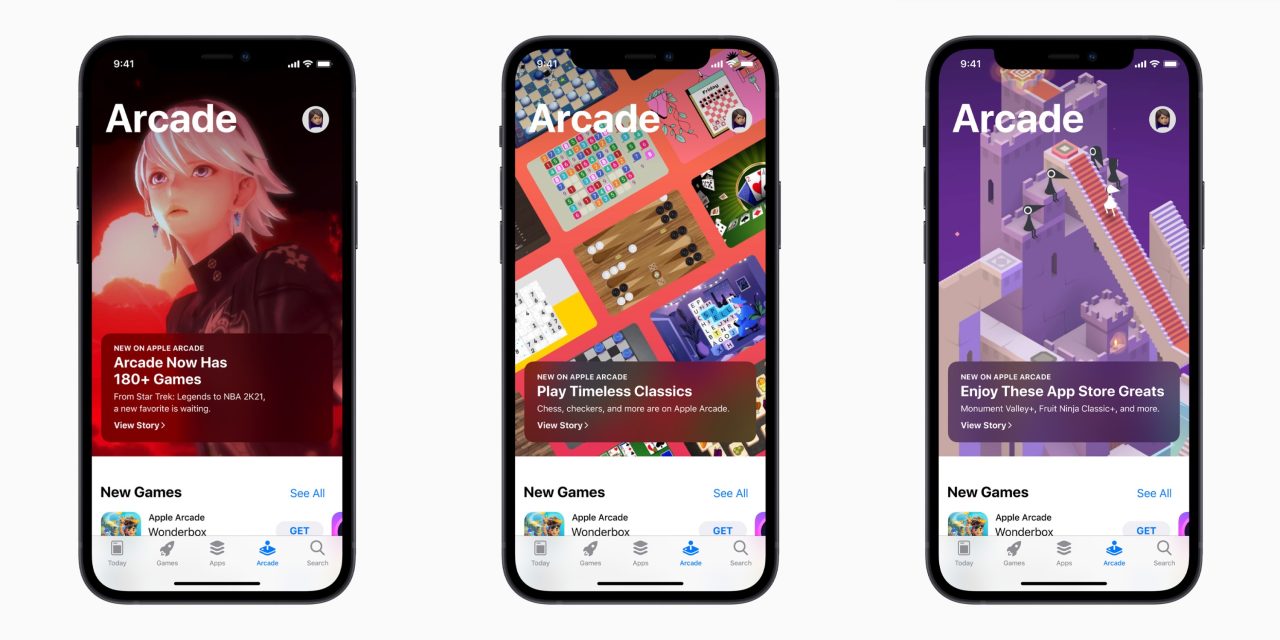 Apple Arcade has gotten a big wave of new games today. Over 30 new titles including ones from major game developers to popular indie devs have hit the service that pushes the available titles to over 180.

New games include NBA 2K21, an all-new version of The Oregon Trail from Gameloft, Fantasian from the creator of Final Fantasy, and lots of hit classics like Really Bad Chess, Monument Valley, Reigns, Simon’s Cat, Threes!, Cut the Rope, Fruit Ninja, chess, checkers, and many more.

Apple detailed the news in a press release today:

Along with the big launch, two new Apple Arcade categories have arrived with “Timeless Classics” and “App Store Greats” with Apple highlighting everything available to play on the service is ad-free with no in-app purchases.

This marks a big move for Apple’s gaming service with a two-pronged approach. First, the big list of remastered iOS classics are sure to be a hit with both users old enough to have played the originals as well as new ones checking them out for the first time.

But Apple’s gone beyond just the iOS classics to bring an all-new version of The Oregon Trail by Gameloft and even commissioned timeless classics like chess, checkers, backgammon, solitaire, sudoku, and mahjong.

Then the service is also gaining modern console hits like NBA 2K21 that will have even further mass appeal.

All the new games are available now on Apple Arcade in the App Store (looks for the Arcade tab at the bottom > swipe to the very bottom and tap “See All Games”).

Apple does note that “Arcade Originals are playable across iPhone, iPad, Mac, and Apple TV. Timeless Classics and App Store Greats are available on iPhone and iPad.”

Also, Apple doesn’t specify which countries all the new games are available in but says that “Some content may not be available in all areas.”

Apple Arcade is available as a free one-month trial for those eligible and if you’ve purchased a new Apple device recently you should see a free three-month trial. Then Apple Arcade runs $4.99/month and also comes with the Apple One bundles.