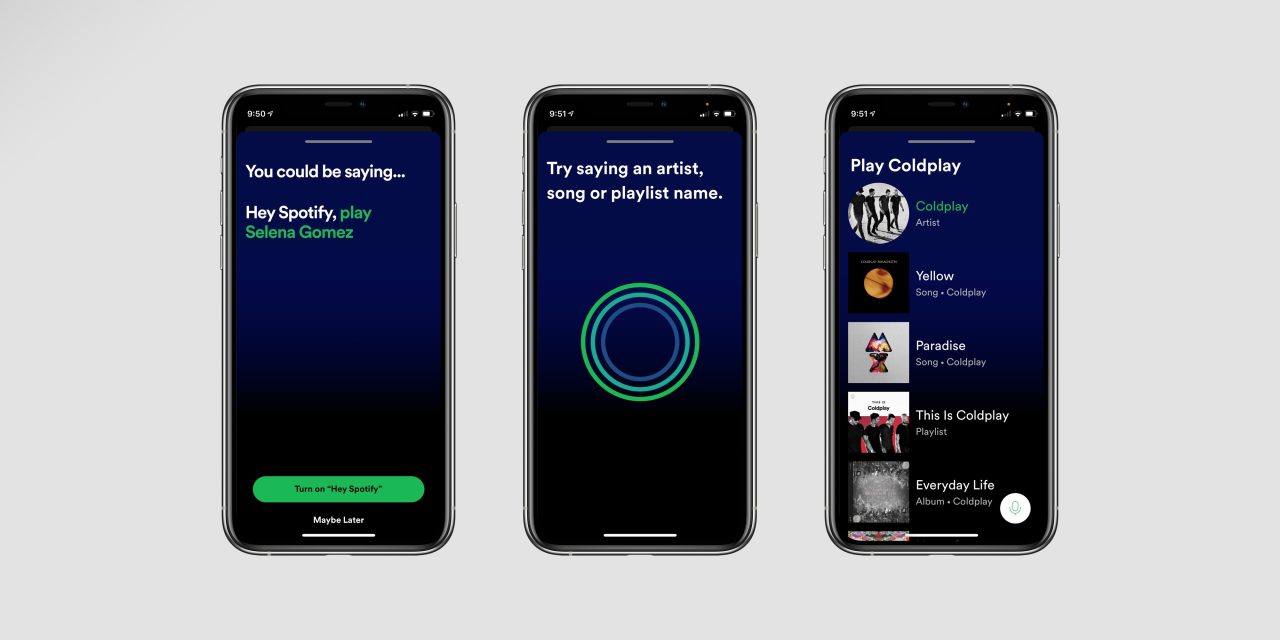 There’s another virtual assistant you can call using your iPhone. Starting today, you can say “Hey Spotify,” with the Spotify app opened, to start playing a song, an album, or even a playlist.

As first spotted by GSM Arena, this hands-free wake word feature was already being tested for some time, and now it has started to roll out for iPhone and Android users. 9to5Mac was able to access and try this feature on iPhone.

As you can see, there’s nothing much to do with the “Hey Spotify” feature apart from asking for things inside the app. Because the feature is only starting to roll out, not every user will be able to find it, but here’s where it should be:

Now, when you’re using the app, you can just say the wake word to improve your listening experience.

This new “Hey Spotify” feature is in addition to the voice search feature that has previously been available for Premium users. The difference is that “Hey Spotify” is truly hands-free.

In the last several months, Spotify has announced several new things, such as its plans to add a HiFi subscription tier, combining music and podcasts on the same page, and a revamped design in all its iOS, Mac, and web apps.